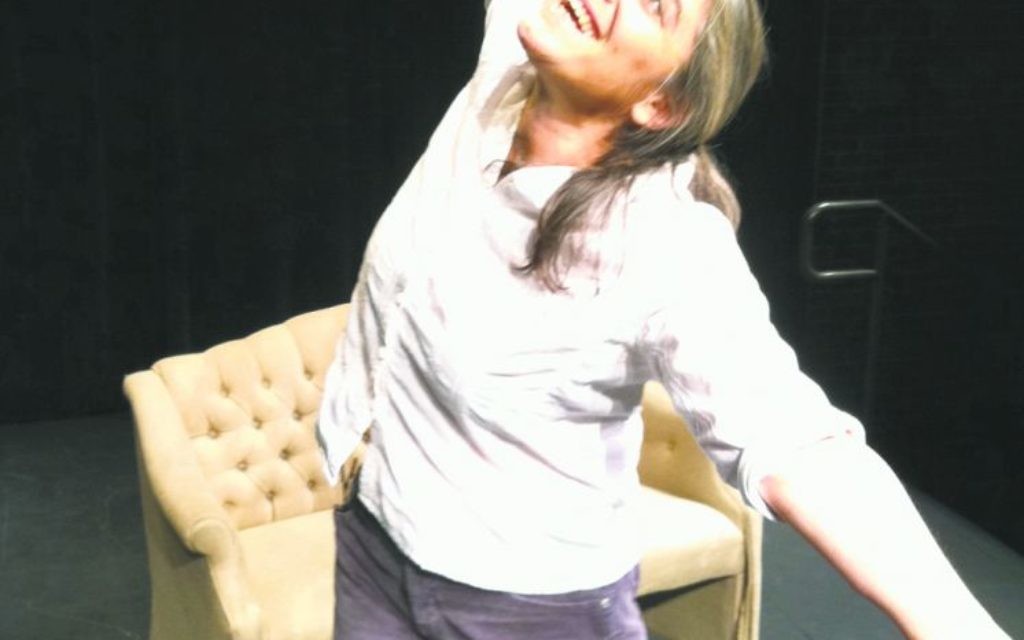 Pregnancy is almost always both physically and emotionally discombobulating. But nothing could have turned Alice Eve Cohen’s world upside down more than learning, at the age of 44, a decade after she had been told that she was infertile, that she was carrying a 6-month-old fetus. Cohen’s new one-woman show, “What I Thought I Knew,” recounts her agonized struggle, during the period between Rosh HaShanah and Yom Kippur in 1999, to decide whether or not to give birth. The show is being performed as part of the All For One Theater Festival in the West Village.

Directed by Elizabeth Margid, “What I Thought I Knew” is based on Cohen’s memoir of the same title, which was named one of Oprah Magazine’s 25 Best Books of Summer. Cohen’s previous plays have also dealt with Jewish themes; they include “Oklahoma Samovar,” about her great-grandparents’ experience as Latvian Jewish immigrants on the Great Plains, and “Hannah and the Hollow Challah,” about a girl who eats the inside of a challah and ends up flying inside the loaf to a magical land.

While filled with Cohen’s characteristic warmth and humor, “What I Thought I Knew” indicts the health care system for first misdiagnosing Cohen’s condition and then refusing to accept the liability of treating her when her pregnancy was finally revealed through an emergency CAT scan on erev Rosh HaShanah. Distraught over her situation, Cohen contemplated suicide as she scheduled an appointment with George Tiller — the doctor who was later murdered by anti-abortion activists — in Kansas, where state law permitted a later-term abortion than in New York. During the High Holy Day period, the fates of both mother and child thus hung precariously in the balance.http://www.afofest.org/tickets

Cohen plays 40 characters in the piece; they range from the unborn fetus, to her adopted daughter (who was 8 at the time of the surprise pregnancy), to the clownish and callous doctors, to a young theater student of Cohen’s who was dealing with her own imminent death from cancer. Throughout the play, Cohen explores various Jewish rituals and traditions, from the superstition of the Evil Eye to the mystical concept of the Book of Life, as they relate to her own psychological and spiritual journey.

In an interview, Cohen told The Jewish Week that the play deals with her own period of “upheaval, confusion and introspection” as she wrestled with her capacity both to create life and to end it. Throughout the play, Cohen said, the Jewish holidays are “crucial touchstones; they inform the action, offer potent metaphors, and serve as springboards for an exploration of questions and paradoxes.” While Cohen calls herself an agnostic, she found that her experience with the unborn baby, whom she prospectively named Eliana (meaning “My God has answered me” in Hebrew), drew her to ponder the place of God in her life.

“What I Thought I Knew” ends on Yom Kippur in 2006, as Alice reflects on her life-changing experience. She called the play a “fast-paced, harrowing and darkly comic story” about a time in her life that was “ultimately as enlightening and spiritually awakening as it was life-shattering and surreal.”