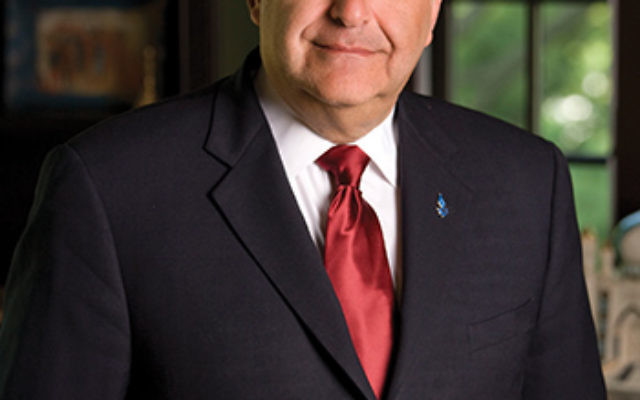 Yom Kippur has always been accompanied by the drama of selections.

The Talmud relates that the High Priest usually would not survive the service in the inner sanctum, so battles of succession would often begin on that date. And the Torah describes the selection one goat to serve as a sacrifice to God and the other to be thrown off a desert cliff as the bearer of all Israel’s sins—the literal scapegoat.

The High Holy Day season is thus an apropos time to take a first look at some of the potential candidates to replace Richard Joel as president of Yeshiva University. He may not step down until 2018, when his contract expires, but it is never too early to start handicapping.

Of course, who will be president depends a lot on the job description. Until Richard Joel, YU’s president was always a well-regarded rabbi and accomplished scholar, someone who exemplified what the yeshiva and university aspects of the institution represent. Joel’s appointment in 2003 represented a new direction, in which the president played the role of fundraiser, institution-builder, and visionary, not necessarily exemplar. Will YU seek someone in the Joel mode, or a rabbi-scholar, or move in a new direction yet again and seek a president who embodies the institution’s ideals but with experience managing multimillion dollar institutions? Or perhaps it will split the role into two or even three distinct positions?

Rabbi Sacks is the emeritus Chief Rabbi in the UK, having served 22 years. He is a professor of Judaic thought at NYU and YU, and professor of law, ethics and Bible at King’s College, London.

A gifted orator and author of more than two dozen books with star-power attraction in the US, Rabbi Sacks seems certain to be sought out for the YU presidency. One issue would be his willingness to spend most of his time in the U.S. and give up his seat in the House of Lords.