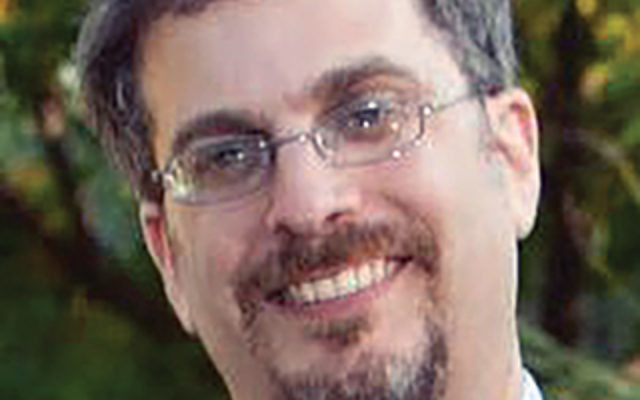 Yom Kippur has always been accompanied by the drama of selections.

The Talmud relates that the High Priest usually would not survive the service in the inner sanctum, so battles of succession would often begin on that date. And the Torah describes the selection of one goat to serve as a sacrifice to God and another to be thrown off a desert cliff as the bearer of all Israel’s sins — the literal scapegoat.

The High Holy Day season is thus an apropos time to take a first look at some of the potential candidates to replace Richard Joel as president of Yeshiva University. He may not step down until 2018, when his contract expires, but it is never too early to start handicapping.

Of course, who will be president depends a lot on the job description. Until Joel, YU’s president was always a well-regarded rabbi and accomplished scholar, someone who exemplified what the yeshiva and university aspects of the institution represent. Joel’s appointment in 2003 represented a new direction, in which the president played the role of fundraiser, institution-builder, and visionary, not necessarily of exemplar. Will YU seek someone in the Joel mode, or a rabbi-scholar, or move in a new direction yet again and seek a president who embodies the institution’s ideals but with experience managing multimillion-dollar institutions? Or perhaps it will split the role into two or even three distinct positions?

Over the past few years, Helfand has become a leading voice on religious law and liberty in the United States. He is an associate professor at Pepperdine University’s law school and associate director of its Jewish studies program. Before completing a law degree and doctorate in political science at Yale, he was Yeshiva College valedictorian in 2002. He has also served as an arbitrator on the Beth Din of America.

A home-grown public intellectual with expertise in key issues facing American religious institutions today would seem to be a great fit for YU. He might need more time, though. He is only 36.

In 2014, Schwartz left her position as assistant principal at SAR High School in Riverdale to become the director of general studies at Frisch High School in New Jersey. Although her educational trajectory, which took her from Bnos Leah Prospect Park Yeshiva High School for Girls to a doctorate in the history of science from Princeton, did not include YU, she is often a featured speaker at YU programs and lives in the YU community in Washington Heights. She seems well suited to bridge some of the rifts emerging in contemporary American Orthodoxy.

After 30 years as a Wall Street lawyer and partner in the firm of Paul, Weiss, Rifkind, Wharton & Garrison LLP, Goldstein became CEO of UJA-Federation of New York in 2014.

Before becoming a professional leader of a major Jewish organization, he was and remains a lay leader in various institutions. Among other roles, he has served on the boards of the Ramaz School and Yeshiva University’s Azrieli Graduate School, chaired the board of Manhattan Day School, and served as president of the Beth Din of America.

He should be considered an outstanding candidate for YU’s presidency — if he wants to step away from heading the top federation post.

The U.S. Treasury secretary and President Obama’s former chief of staff hardly needs an introduction. His signature appears on all U.S. paper currency. He was also executive vice president for operations at NYU during the Bush years. And at 60, he is in the sweet spot.

Though he does not wear his Orthodoxy on his sleeve, YU would presumably be happy to have him at the helm — if he wants it, and if it can afford him.

Rabbi Brander’s reputation as a builder of Jewish institutions and communities stems from his 14-year tenure as senior rabbi at the Boca Raton Synagogue in Boca Raton, Fla., when membership grew tenfold, institutions were built, and Boca emerged as a major Orthodox community.

He was the inaugural dean of YU’s Center for the Jewish Future (CJF) and currently serves as YU’s vice president for university and community life. While an undergraduate at YU in the early 1980s, Rabbi Brander served as personal assistant to Rabbi Joseph B. Soloveitchik. Problem: he is less than favored among YU faculty for his role in cost-cutting measures.

When YU last searched for a new president, a lot of the smart money was on Rabbi Schacter. He seemed a natural successor to Rabbi Dr. Norman Lamm: a rabbinic alumnus of Yeshiva Torah Vodaas, the rabbi of Manhattan’s prestigious Jewish Center, and a gifted orator. YU went in a different direction, and Rabbi Schacter became dean of the Soloveitchik Institute in Brookline, Mass., before returning to YU as the CJF’s senior scholar and a professor of Jewish history. He is a popular lecturer nationally and beloved teacher, though his fundraising skills are suspect. But if YU chooses to return to its earlier presidential model, Rabbi Schacter has an inside track.

Rabbi Wieder, who will be in his late 40s when the next president of YU is scheduled to take office, is a rosh yeshiva and lecturer in advanced Talmud at YU, and has been a member of its faculty for two decades. In recent years, he has emerged as an important moral voice at YU and within American Orthodoxy more generally. His message seems especially resonant among millennials, the younger generation with little patience for creed and a healthy allergy to charisma.

Rabbi Rosensweig has been a rosh yeshiva at YU for 30 years and also heads its advanced institute for post-ordination students. His Talmudic methodology, which he applies to any number of situations and dilemmas, is considered exceptionally challenging and dizzyingly abstract, the true heir of his mentors, Rabbi Joseph B. Soloveitchik and Rabbi Aharon Lichtenstein.

Chances are that neither Rabbi Wieder nor Rabbi Rosensweig is interested in a job that would take them away from their students and studies. Neither seems particularly adept — or interested in becoming adept — at the shmoozing the job demands. If YU hires a chancellor as an exemplar of the university’s ethos, to serve alongside a corporate-style president, either would be an excellent choice.

Rabbi Joseph is senior vice president of Yeshiva University. He has also served as President Joel’s chief of staff and as director of special projects at CJF. In addition to his current responsibilities, he is pursuing an executive doctorate in higher education management at the University of Pennsylvania.

All indications are that he is very close to Joel and his pick as successor, though Rabbi Joseph is less known outside the university and the value of Joel’s endorsement remains to be seen.

Rabbi Soloveichik is rabbi at Congregation Shearith Israel (Manhattan’s Spanish and Portuguese Synagogue), director of the Zahava and Moshael Straus Center for Torah and Western Thought at YU (and Moshael Straus serves as YU’s chairman of the board), a Princeton Ph.D., and part of a rabbinic family with a long and illustrious history at YU.

The biggest threat to his candidacy might be his staunchly Republican politics. If YU is seeking a president to articulate its vision for the future, they might want someone less partisan.

Rabbi Sacks is the emeritus chief rabbi in the United Kingdom, having served 22 years. He is a professor of Judaic thought at NYU and YU, and professor of law, ethics and Bible at King’s College, London.

A gifted orator and author of more than two dozen books with star-power attraction in the U.S., Rabbi Sacks seems certain to be sought out for the YU presidency. One issue would be his willingness to spend most of his time in the U.S. and give up his seat in the House of Lords.