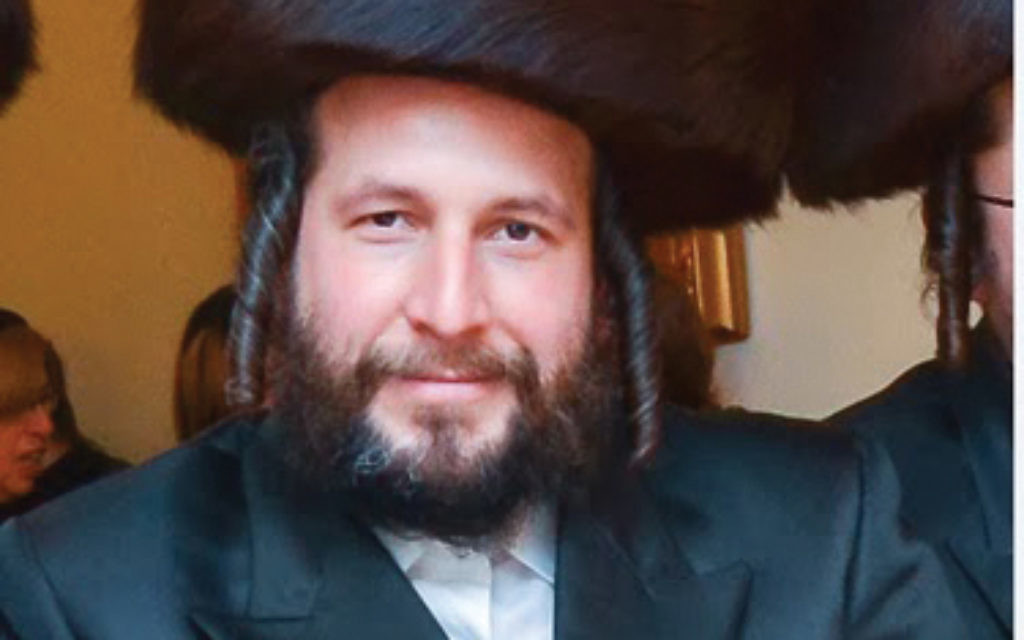 In the wake of the grisly murder of chasidic real estate developer Menachem Stark, two distinct profiles of the 39-year-old father of eight children have emerged. One is of shady businessman, in debt and accused of treating his tenants unfairly. Another is of a pillar of his religious community, a generous supporter of charitable causes.

It’s possible both descriptions are true. Meanwhile, the mystery of his death has prompted a police investigation into his business practices and a long list of possible enemies, a strong backlash from Stark’s chasidic community and angry criticism of how his death was depicted in the tabloid press.

What is certain is that Stark never made it home on Jan. 2 from the Rutledge Street office where he managed a real estate empire of 17 properties, mostly in Brooklyn, which had fallen into a financial black hole.

About an hour after he disappeared, a nearby surveillance camera turned up images of two people struggling with Stark for several minutes before shoving him into a van. The images, taken just steps from the 90th Precinct police station, were obscured by a thick blanket of snowfall.

Hours later, and only minutes before the start of Shabbat, Stark’s burned and bruised body was discovered in a trash bin at a Great Neck gas station. As the hunt for his killers began, reports emerged about a $29 million loan on which Stark and his frequent business partner, Israel Perlmutter, defaulted in 2009, a resulting lawsuit, and the long string of violations against the properties they own. Stark also had endured foreclosures and a $1.3 million civil judgment. He was reportedly seeking backers for a new loan in his final days.

The New York Post’s Sunday headline — “Who didn’t want him dead?” — based on the numerous enemies Stark may have accumulated through his business dealings, provoked outrage among Brooklyn elected officials and family members who considered it deeply insensitive. (See Mixed Media story, page 20, and editorial, page 6.)

As the investigation went on with no publicly identified suspects, it seemed Stark himself was on trial, with chasidic community praise competing with tenants’ complaints and leaked tidbits about his past.

A police source told The Post that Stark faced a 2011 arrest for forcible touching of a young girl on the subway. The Daily News reported that the case was dropped, the alleged victim said that Stark was innocent and he later recovered damages from the city for the arrest.

Defenders of Stark said it was cruel to pillory a man after his murder, and that his financial shortcomings were not uncommon in the volatile world of New York real estate development and financing.

“Every single person I have come across from 2008 to 2012 who is involved in real estate has had troubles,” said Isaac Abraham, a politically active tenants rights advocate in Williamsburg who has known Stark since he was a child. “The [New York City Housing Authority] is the biggest slumlord of the last 20 years.”

The plot thickened on Tuesday when an unnamed law enforcement source told The Daily News that the police are eyeing Stark’s business associate, Perlmutter, 42, who may have given conflicting information to detectives. No possible motive was discussed.

On Monday, members of the Stark family announced a $25,000 reward for information leading to an arrest in the crime, after offering four times that sum for tips following his disappearance while hope remained that he was alive.

At a press conference with family members, community leaders and elected officials, Stark was praised as a devoted and compassionate father, husband and benefactor.

“I hate the fact that I have to come here and defend a good man for people who love to gossip and to talk nonsense,” fumed Moses Strulowitz, a brother-in-law. “There’s no such a thing as a guy who had over 1,000 tenants and you’re not going to have a few unsatisfied tenants. This is business.”

Another brother-in-law, Abraham Buxbam said, “he was a very charitable person, on a personal level as an individual and to the community.”

Isaac Abrahamssaid on Tuesday said the leak about Perlmutter was likely a “distraction” as cops investigate all angles. “He is a person of interest, as is every partner in a case like this,” he said. “They have to rule everyone out.”

A Jewish community source, citing information from the police, said investigators are working on the theory that Stark was abducted by people hired to commit the crime. Because surveillance footage showed the captors struggling with their victim for several minutes, they appear to be amateurs who may not be very good at covering their tracks, the source said.

While police were not notified of Stark’s disappearance for about three hours while the volunteer Shomrim community patrol searched, Abraham said that was not unusual.

“It’s an adult, not like Kletzky,” he said referring to Leiby Kletzky, the young boy who vanished from Borough Park Streets in the summer of 2011 and was later found murdered. In that case, as well, the Shomrim were notified before the police, delaying the search and investigation.

“It’s not unusual for businessmen in the community to say I’ll be there at 10 and come home at 1,” Abraham said. “Anyway, the police don’t investigate a missing adult until after 24 hours.”

Asked by reporters about the delay in notifying the police, Rabbi David Niederman, executive director of the United Jewish Organizations of Williamsburg, an umbrella group for local community services, said, “I can’t tell you exactly [when] they were called. As soon as they realized he was missing.”

Stark reportedly died of suffocation. Police said his remains appear to have been left the night before and his body was in a dumpster all day until a gas station employee investigated a strong odor.

Robbery was evidently not the motive as he was found with $4,000 in his wallet, reports said.

Rabbi Niederman told The Jewish Week on Monday he had no theories about who would want Stark dead. He said the businessman, whom he did not know personally, had troubles that are not uncommon.

“There are many buildings, governmental and non-governmental, that have violations against them,” he said of Stark’s reputation as a landlord. “He owed money? Show me one person in real estate or in business that doesn’t owe money. And great people go bankrupt. Show me one airline that hasn’t been bankrupt, and emerged.” He said reports of Stark’s dealings were unfair. “It’s terrible to do that to a person because he’s not around to defend himself.”

Rabbi Niederman said Stark’s children range in age from 17 to 1.

At the press conference announcing the reward, Councilman Steve Levin, who represents Williamsburg, said he was confident that “the police department in New York and Nassau County [where the body was found] are treating his case with the highest priority and leaving no stone unturned to solve his tragic, senseless murder.”