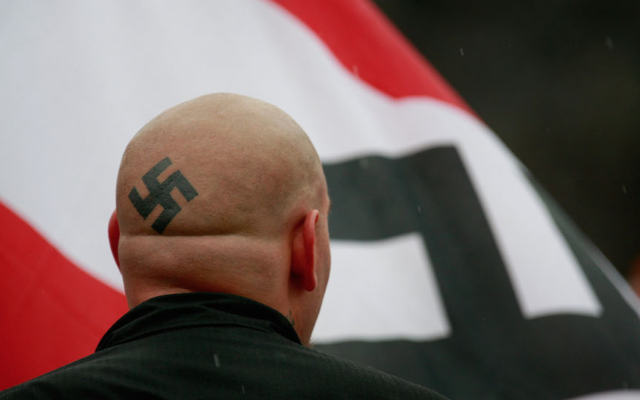 A white supremacist who gave his children Nazi-linked names has officially changed his last name to Hitler.

The name change for Isidore Heath Hitler, who is in his early 40s, took legal effect this week, the news website MyCentralJersey.co first reported. Isidore Heath Campbell had his request approved in March by Hunterdon County Superior Court in New Jersey after submitting it in February.

His initials are now IHH, which he said stands for “I Hail Hitler.” The newly named Hitler, who according to the MyCentralJersey report lists a Pennsylvania address but formerly lived in Holland Township, New Jersey, has a large swastika tattooed on his neck.

His children are named Heinrich Hons Campbell, Adolf Hitler Campbell, JoyceLynn Aryan Nation Campbell and Honzlynn Jeannie Campbell. They have been in in state custody since 2009, after the family came to the attention of authorities when a local supermarket refused to print the full name of his oldest child, Adolf Hitler Campbell, on a cake for his third birthday. The children were removed, according to the court, because there was violence in the home.

The father refused to comply with a court order that he seek counseling because “the psychologist was Jewish,” he reportedly said. Hitler insists he will regain custody of his children.