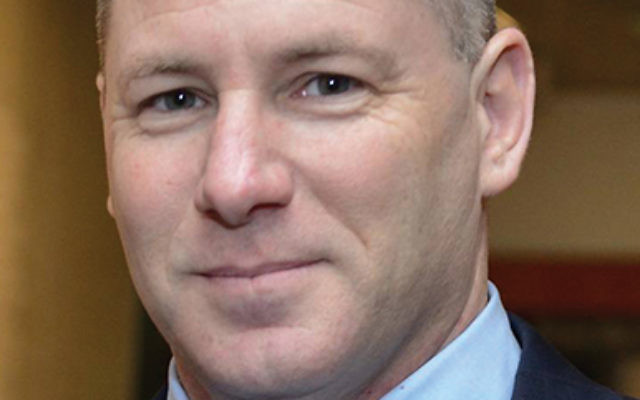 Several years ago Beit Hatfutsot (Israel’s Diaspora Museum) began planning its renewal under the leadership of board chair Irina Nevzlin. From the outset it was clear that in redesigning the museum there were many items that would stay because they occupy a special place in our visitors’ hearts. If you have visited, you probably remember the lovely models of old synagogues from around the world, or perhaps a diorama of Lublin or Salonika. Those, it was clear, would remain.

But we knew that a lot did have to change. We changed our name, dropping “Diaspora” and calling ourselves The Museum of the Jewish People at Beit Hatfutsot. We are working on changing our exhibits and the physical space. We are also creating a global online presence based on our extensive databases. We will hold our New York gala on Dec. 14, taking one more leap into the Jewish present and future.

Why so much change? Because the Jewish world is more nuanced and complex than it was in 1978 when the museum opened. It was started by remarkable founders who thought the diaspora would effectively end with the rebirth of the State of Israel. They made a museum that among other things would capture the artifacts of what they imagined might become an endangered species: the diaspora Jewish community. They meant it as a sign of respect for the past, perhaps not anticipating that the diaspora would remain vibrant and robust even WITH a State of Israel. The history of Israel was not included in the Diaspora Museum, but it has to be included with our new name: The Museum of the Jewish People. If we are one people, we must all be included in one museum.

We hope our changes will reflect more general changes in Israel.  Prime Minister Benjamin Netanyahu recently spoke to the General Assembly of the Jewish Federations of North America and angered many ultra-Orthodox Knesset members. Netanyahu spoke about unprecedented government initiatives to support non-Orthodox denominations in Israel alongside their ultra-Orthodox co-religionists. These battles have sadly rocked Israel’s Supreme Court, every election in recent memory and the texture of day-to-day life in our Jewish homeland.

Netanyahu’s speech was a welcome change. When marriages, conversions, and divorces are recognized by the government only when performed under Orthodox auspices, many non-Orthodox are tired of fighting to have their rituals legitimized. They believe that Jewish identity can only be a compelling force in Israeli life with a separation of church and state. Take religion out of politics, and it can speak loudly on its own. Persuasion is always more enduring than coercion.

The ultra-Orthodox reaction reveals an outdated and statistically irrelevant view of the Jewish people. Both in Israel and in America, a growing number of Jews don’t belong to any denominations. In Israel, they are somewhere on the masorti (traditional) spectrum. According to the Israeli Bureau of Statistics, only 9.4 percent of Israelis are charedi and less than 10 percent identify as dati (religious). A full 43 percent self-identify as hiloni or secular. More than 36 percent are on the traditional spectrum. Pew studies identify non-denominational Jews in America as roughly 30 percent of the Jewish population; most care little for ideological affiliations. Yesterday’s battles use yesterday’s language. It’s time to build stronger common ground and a new, more engaging language.

Yaakov Litzman, current health minister from Israel’s UTJ party, threatened the prime minister with a coalition crisis, claiming that Netanyahu broke his agreement with the charedi parties. Litzman vowed to do all within his power to prevent the government from financially supporting other movements. The ultra-Orthodox position will not change, he claimed.

This does not surprise those of us in Israel. Stubbornness is as much part of the Middle Eastern culture as the air we breathe. But my experience in the transformation of an iconic museum is that we only become a true start-up nation when we have innovation in every area of national life: technology, business, agriculture, religion and politics. No one has to change his or her religious views or practices. It does mean that the ideas of what a people are as a collective must evolve and develop over time. We at the museum would never get rid of our exquisite synagogue models, but if we never change the exhibits, you won’t come back. And we want you to come back, again and again.

The way I feel about this museum is the way I feel about our incredible people. Our Jewish identities should feel like our homes: warm and inviting places where we thrive and feel deeply alive in the presence of others who may or may not be like us. Soon we will have a new Museum of the Jewish People. Now we need a new definition of peoplehood to match that includes ALL the Jewish people.

Dan Tadmor is CEO of The Museum of the Jewish People at Beit Hatfutsot.