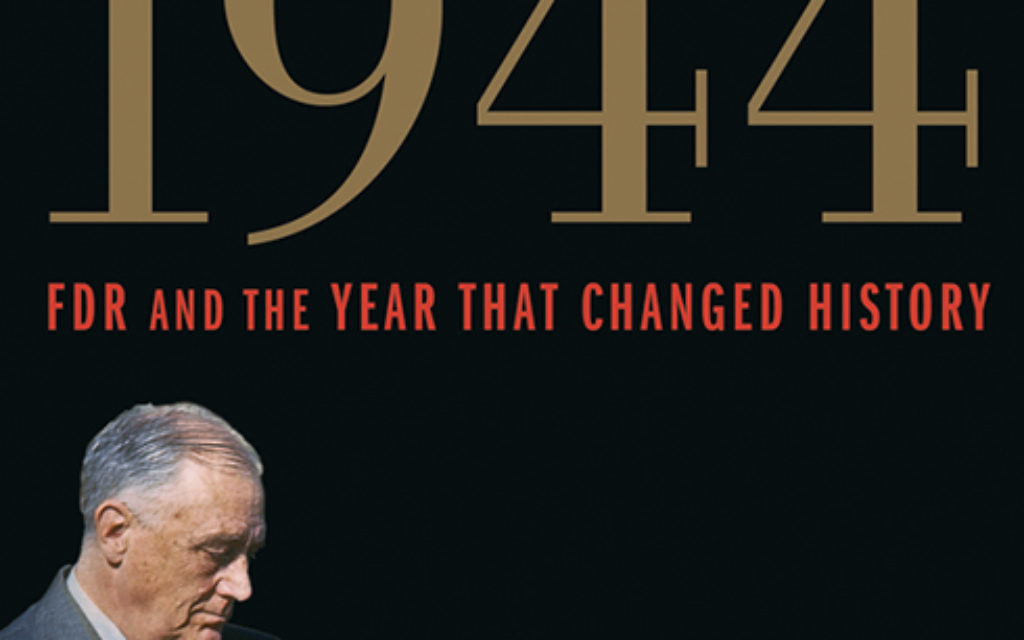 I once held a postcard scribbled by my Warsaw family to relatives in what was then Palestine, sent through Turkey via the Red Cross. The postcard was stamped with a swastika to show it had passed German censors. Holding it, I was scared not only for my soon-to-be murdered family, but for myself as well, as if by touching the postcard, I too was now in mortal danger.

Like a black hole, for which the barriers of time and space itself provide scant relief, the terrifying dimensions of the Holocaust continue to absorb us. One positive result, perhaps, is that our obsession with not forgetting is succeeding. Only a few years ago, there was talk that our collective memory would fade with the passing of the last survivor. (My daughter once returned home from middle school complaining that being told hers was the last generation who would know a survivor placed too much of a burden upon her.) That does not seem to be happening. If anything, the Holocaust’s sheer immensity and utter incomprehensibility continues to reshape our view of the world and ourselves. As Yehuda Mirsky recently wrote of the Holocaust, “it is the only thing large enough to take the place of God.”

One less fortunate result is that the Big Questions begat by the Holocaust — How could it have happened; Where was God; Where was Roosevelt? — often result in small answers, answers that do not necessarily do the questions justice. Nonetheless, Jews are a meaning-seeking people. And so we keep trying. Jay Winik’s monumental survey of the last full year of the Second World War, “1944: FDR and the Year that Changed History” (Simon & Schuster), marks the most recent effort to answer the third question: Why didn’t America and the Allies rescue the Jews as the Final Solution unfolded? In particular, why were the tracks to Auschwitz, and Auschwitz itself, not bombed?

“1944” is most successful in providing an overview of the political context in which Roosevelt’s decisions were made. It is not a pretty picture. More often than not, it was blatant anti-Semitism that precluded active measures to save the Jews. This terrible story has been told before, but Winik tells it afresh, an articulate “J’accuse!” against State Department obstructionism. American diplomats were less concerned that rescue activities would not succeed than that they would. And then what? The last thing they wanted was for the United States to admit hundreds of thousands of refugee Jews to our shores.

By the beginning of 1944, the tide of battle had turned. Germany’s siege of Stalingrad had ended, Rommel had been defeated at El Alamein, and the Allies had invaded Italy and were rehearsing the Normandy Invasion. But Winik also shows how, by 1944, the Allied leaders were aware of the scope of the ongoing massacre of European Jewry and did almost nothing.

1944 was a terrible year for the Jews, perhaps the worst. Five million Jews were now dead and Auschwitz was working overtime to exterminate Hungarian Jews. Every 30 minutes, another 2,000 were gassed. Aerial reconnaissance photos taken in June 1944 were so detailed you could see the ramp lined with people walking towards the gas chambers. And still Assistant Secretary of War John McCloy refused cries to bomb Auschwitz. The failure to bomb resulted not from operational impracticality but our government’s blinkered mind set. The explosive title of an 18-page memo prepared in 1944 for Treasury Secretary Henry Morgenthau sums it up best: Report to the Secretary on the Acquiescence of This Government in the Murder of the Jews.

And what of Roosevelt? Winik depicts Roosevelt as sympathetic but unwilling to commit political capital to save Hungarian Jewry. Roosevelt’s greatest political achievement may have been overcoming this country’s deep-seated isolationism, albeit with some help from Japan. He was a leader careful not to get too far ahead of popular sentiment. And in 1944, Roosevelt’s health was deteriorating and he would die the following year. The president marshaled his waning strength for his highest priority: winning the war. At best, rescuing the Jews of Europe was a distant second, and second was not nearly enough. Only near the war’s end is Roosevelt’s War Refugee Board formed and equipped to bring about the rescue of several hundred thousand Jews.

“1944” consists of almost two studies cohabiting uneasily together. The first is a study of FDR as a wartime leader whose strategic vision often exceeded that of his generals. (For example, his insistence in opposition to Defense Department brass that American troops lead the battle in North Africa.) This first book is inspiring to read, a study of one of our greatest presidents struggling with rapidly declining health as he leads the fight to save Western civilization.

The second is about the destruction of the Jews, how the Jews of Kovno were gathered in the town square and savagely clubbed to death, how the German machined-gunned 18,000 people in the woods in a single day and named the occasion “Harvest Festival,” how the gas chambers worked. You read these accounts, then you weep, then you go back to work. But you are not the same.

“1944” is at its most compelling when Winik forgoes trying to answer the big questions and recounts stories of singular heroism. In 1944, Rudolf Vrba, a 19-year-old Slovakian Jew, escapes Auschwitz to warn the Allies about the imminent annihilation of Hungarian Jewry. Eduard Schulte, the scion of an aristocratic German family, risks his life by going to Switzerland to confirm the reality of the Final Solution. Both are ignored. Jan Karski, a leader of the Polish underground, uncovers the truth of the Polish extermination camps. Captured and tortured by the Gestapo, rescued by a Polish commando team, Karski makes a harrowing trip across occupied Europe, finally meeting in Washington with Supreme Court Justice Felix Frankfurter, himself a Jew. Frankfurter is constitutionally unable to believe him.

Whatever Roosevelt’s reasons, in the end the Allies did not bomb Auschwitz. Apathy and bigotry trumped life and liberty and the United Nations was to be born in original sin. In Winik’s memorable phrasing, Roosevelt missed his “Emancipation Proclamation moment.” Had Roosevelt moved more vigorously, Hungarian Jewry could have been saved. 1944’s subtitle is a misnomer. It should have read “1944: The Year FDR Declined to Change History.”