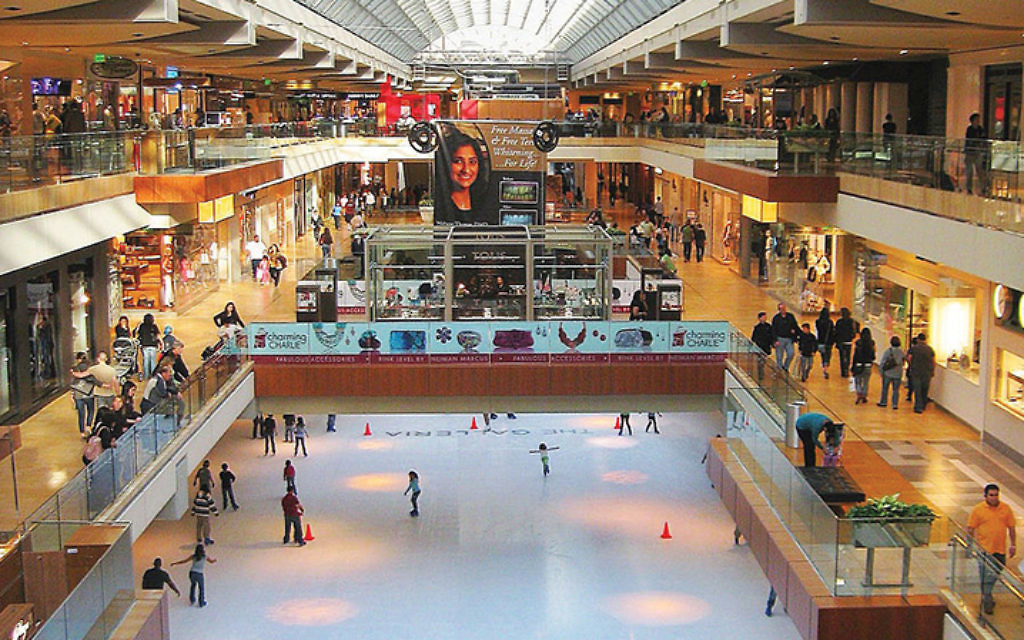 A little light is nice — but since everything is on a grander scale in Houston, winter truly is a festival of lights, thousands of them, for Chanukah and beyond. You’ll find them twinkling from the windows of houses; illuminating trees and streetlamps in the city’s many characteristic neighborhoods; and even lighting up the sky for one of the South’s premier Chanukah events.

Right now, Houston is playing host to the biggest Jewish cultural event of the season — the Ann and Stephen Kaufman Jewish Book & Arts Fair at the Evelyn Rubenstein Jewish Community Center, where 10,000 Houstonians annually attend two weeks of literary talks, films, performances, and other cultural programs. Only this weekend, alongside three films, you can catch a concert of Mediterranean folk music by the Berlin-Tel Aviv band Baladino; a culinary demonstration for “The Vilna Vegetarian Cookbook”; and an evening with New Yorker cartoonist Bruce Eric Kaplan exclusively for 20- and 30-somethings.

This kind of diversity reflects a city whose sprawl can be intimidating for the visitor — but which, once discovered, can be a surprisingly captivating place. Oggi and I most recently visited friends here; as always, I marveled at the sheer immensity of urban Houston, the endless highways and even more endless neighborhoods, wondering how our friends found their way home at night.

It helps to approach Houston from some kind of angle — whether social, arts-oriented (Houston has one the country’s most sophisticated theater and fine arts scenes), or Jewish. Here in the Bible Belt, Houstonian Jews are enthusiastically communal, and South Texan Jewry has flourished all the more due to a post-Katrina influx of Louisiana families.

At no time of year is this more evident than during Chanukah, when Houstonians celebrate by taking full advantage of the mild Southern winter. A spectacular fireworks show and a rock concert by the band 8th Day are the headlining events for Houston’s 20th anniversary City Hall menorah lighting, which as always is organized by Chabad. Many urban menorah lightings include latkes; Houston’s involves an entire Jewish food quarter, along with dozens of children’s activities and a live statue of Judah Maccabee.

The extremely active Chabad folks in Houston kick things off with a pre-Chanukah family party on Nov. 22, where locals can shop for gifts at a bazaar, nosh on holiday treats, and try their luck with raffles. But for many revelers in this sports-mad city, the Chanukah highlight is Chabad’s annual holiday basketball night, Hoops and Hanukkah with the Houston Rockets. This year’s event features a game against the Los Angeles Lakers on Dec. 12, with a menorah lighting beforehand and a dance crew entertaining the crowd with acrobatic antics.

The Reform Congregation Emanu El lies just west of the museum district, and hosts “Light the Lights,” a lively musical Chanukah celebration on Dec. 5. After a lighting of the menorah, Cantor Mark Perman will be joined by other musicians for a concert of Broadway Jewish songs, Chanukah music, and other tunes of the season. The following weekend, the temple holds one of the city’s many Chanukah latke suppers, open to the public.

For youngsters, the marvelously fun Children’s Museum of Houston is a favorite any time of year — but especially during the holidays. “Hands-on Chanukah” on Dec. 3 is a family party with cookie decorating, face painting, and a PJ Library concert. But there is plenty to do all season long, with a special interactive exhibit, “Seasons of Sharing,” spotlighting traditions around the world through Jan. 4.

Here in the Western world, shopping is a near-universal tradition. At the Houston Galleria, the largest mall in Texas (which is really saying something), December crowds shop in the glow of a giant menorah; the annual mall lighting, organized by Chabad, has become as much a part of December holiday-making as the Christmas tree.

Chanukah is not traditionally a holiday for Jewish travel — but the public Chanukah celebrations that have become popular in cities around the world reveal a lot about Jewish visibility, community and pride. Just as carolers on the library steps or twinkly red lights delight revelers of all faiths (or no faith), concerts of Jewish music, latke parties and public menorah lightings draw increasingly diverse audiences — illuminating, sometimes literally, the vibrancy of Jewish life.

“I love Chanukah. Chanukah is awesome,” enthused Rabbi Mendy Traxler, who as program director at Chabad Outreach of Houston is busily organizing events for his favorite winter festival. “It’s a holiday that speaks a message to the entire world. It’s about spreading light in the darkness, and I think we could all use a little of that right now.”