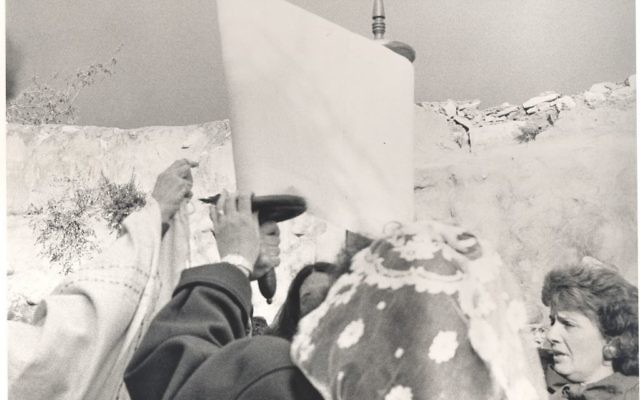 I boarded the plane from JFK to Ben Gurion airport with zero expectations. I knew that I would be joining 149 committed, Jewish citizens of the world who were looking to see a better tomorrow. As was explained to us upon arrival, this was the gateway into the ROI Community.

According to their website, “The ROI Community is an international network of activists and changemakers who are redefining Jewish engagement for a new generation of global citizens. ROI Community members channel a diversity of perspectives, skills and interests toward a shared passion for advancing ideas and partnerships that will strengthen Jewish communities and improve society.”

We were given the gift of five days to meet, learn, argue, intrigue, and support each other. Given the locale of the summit, that of Jerusalem, and it being the 50th anniversary of the Six Day War, the organizers boldly decided to explore conversations about walls.

“No matter the perspective, walls are substantial structures that imbue us with strong emotions. They impact us both physically and emotionally.”

This was not my first time thinking quite a bit about walls, be they security walls, walls for prayer, execution walls, psychological walls, murals, etc. In 2008, in planning for the Camp Stone reunion, we created a shabbaton that explored the theme of walls because the lengthy wall in Israel was scheduled to be built. At the time, we asked questions of campers and staff; questions that are just as difficult to answer today.

Walls are built to define borders for physical and psychological security. Walls can mean different things to different people. But no matter the perspective, walls are substantial structures that imbue us with strong emotions. They impact us both physically and emotionally.

On one blissfully hot morning, ROI and Roots travel took us on a tour to learn – but more importantly to engage – our sense of touch in experiencing the walls of Jerusalem. Seeing is powerful, but touch was not a sense that I would have had considered without being told to try it out. While I could write a chapter of a book about the many walls explored that day, I would like to focus on the kotel. That wall that has been dividing our people through words, police lines, legal battles, and control.

Days before I boarded that plane, I read about the stalling of the Sharansky plan for the kotel. You see, in January 2016 you and I were told that there would be a newly expanded area for prayer at the kotel. No matter your prayer preference, you were meant to have a place and a voice at the kotel.

“Walls are built to define borders for physical and psychological security.”

When I went to say mincha at the kotel early afternoon, I didn’t want to think about the news. I didn’t want to be angry. I did not want to allow my frustration and pain for members of Am Yisrael who felt unwelcome affect my prayer. I wanted to pray. I wanted to connect. I did my best to push everything aside, to stand and pour my heart out to God. I closed my eyes and whispered the words of the amidah. I then stepped forward to touch the wall and let it all in. I let the holiness in. I let the emotion in. I let the presence in. I took the following picture to try and capture the moment: 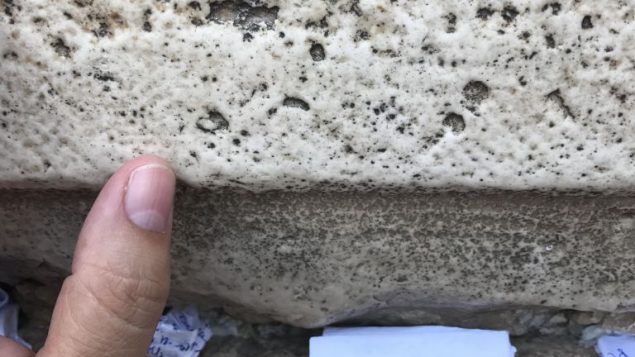 After everyone had finished praying or observing and taking photos, we walked towards the Robinson’s Arch egalitarian area. As you can see from below, the main prayer space is not viewable from the egalitarian section. This is the same section where one might go to participate in non-traditional Orthodox services such as a women’s prayer group. 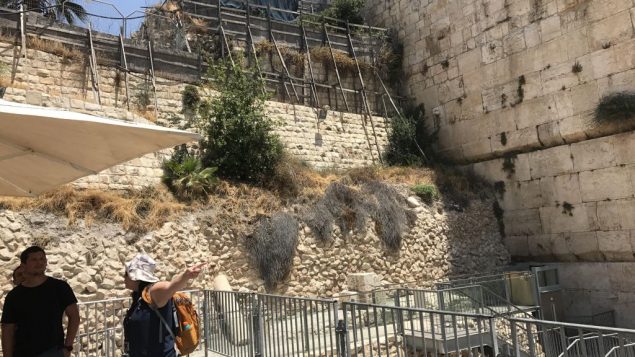 While Natan Sharansky had hoped for an area where Jews, no matter their beliefs, gender, or affiliations could pray side by side, we are now frozen in the current reality.

I had hoped to take one additional picture by the area near Robinson’s arch where a women’s prayer group may gather and egalitarian services may be held. There was a problem. I could not touch the wall. I could not experience the sense of touch in this space. The wall was unreachable.

Dr. Sharon Weiss-Greenberg is the Executive Director of the Jewish Orthodox Feminist Alliance.