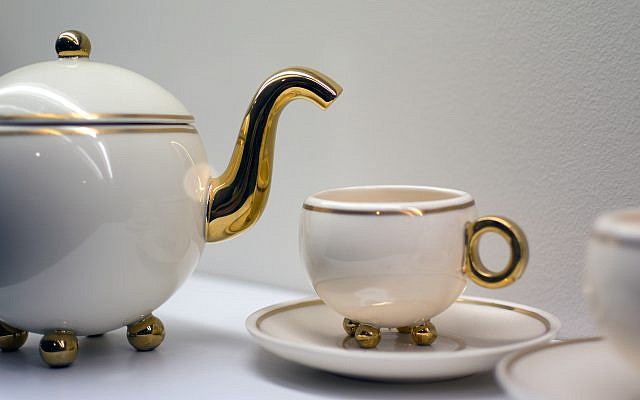 It’s that time of year when I like nothing more than to nest indoors — pajamas on well before bedtime, a cup of hot cinnamon tea in the palms of my hands, a book in my lap. I’d guess at least a few of you are nodding in agreement.

In the rare comfort of this cocoon, I want the clock to stand still. Yet the hours seem to race faster through the calendar, the days getting longer, Shabbat starting later. Though there’s another polar vortex on its way, it feels as if we’ve turned a seasonal corner, a reminder that spring will make its appearance before long.

For some reason, the sense that we’re on the cusp of change always fills me with nostalgia. But this year, perhaps because we are one-son-away from an empty nest, I’ve gone soft thinking about my boys when they were small.

I miss many things from those days, especially the sweetness of their bedtime rituals. They defined our evenings, though they involved nothing out of the ordinary — the reading of books, the singing of lullabies, the recounting of events from school and the playground, snuggling, kisses to foreheads and noses.

Lastly, we’d recite the Shema together, and I’d sing the traditional Jewish song calling the angels to watch over them while they slept. I’d pretend to tuck the angel’s wings in with the blanket, securing them there for the night. I’d also make a few requests of God — to grant the boys their father’s metabolism and their mother’s hairline, and to make sure their challenges were ones they could surmount with ease. Then I’d tiptoe out of their rooms, whispering “Goodnight.”

Of course, they’d call me back moments later to answer an urgent question or bring them a glass of water. As much as I rolled my eyes, wondering when I’d be free to take care of whatever chore awaited me downstairs or simply enjoy the quiet, I relished the fact that I was both a wanted and needed accessory in their lives.

Things changed over time, sometimes from one day to the next, as they are wont to do with children. The boys in their turn aged out of the need for a lullaby. Bedtime stories soon fell by the wayside, the song about the angels in their wake. When my sons decided they preferred to do all of this by themselves, they simply waved at me and went up to bed. It was easy to forget we’d ever had nighttime rituals at all.

We passed like ships at sea as they moved rapidly through childhood and I approached middle age. And while they no longer required the comfort of our old routine, I still did. I’d stand outside their rooms, my pink slip in my hands, thinking, “Careful what you wish for.” The pang in my chest ebbed over time, though, giving me perspective to see this natural separation for the blessing it was.

We carried on, of course, readjusting to the new order, and then to the next one as things changed again — often and suddenly — with adolescents en route to becoming young men. After the boys retired to their rooms each night, I’d brew myself a cup of cinnamon tea, thinking my day was done until one of them called out, “Could you wash my uniform for tomorrow’s game? Thanks, Mom.” I’d often find my untouched tea cold on the counter the next morning.

These days, it is a rare occasion when all three of their beds are occupied. When it happens, I’m grateful to feel their presence in the house and hear their large feet padding across the hardwood floor. It’s a bonus when we bump into one another in the kitchen or during the handoff of the car keys on the landing.

Meanwhile, our evenings have gone nearly full circle. I am most often in bed before everyone else who happens to be here on a given day. The old rituals have been replaced by new ones, like a late-night rap on our bedroom door to say they’ve returned home.

I still brew a hot cup of cinnamon tea for comfort, and thanks to our family Spotify plan, now have the songs of my own youth to soothe me at night, like Simple Minds’ “Don’t You (Forget About Me).” From that cocoon I can see these changes for what they are — not the closed door I once feared, but rather an open window, the view from which I hope to watch the future unfold.

Merri Ukraincik, who lives in Edison, N.J., is a regular contributor to The Jewish Week and the New Jersey Jewish News. Follow her at merriukraincik.com.