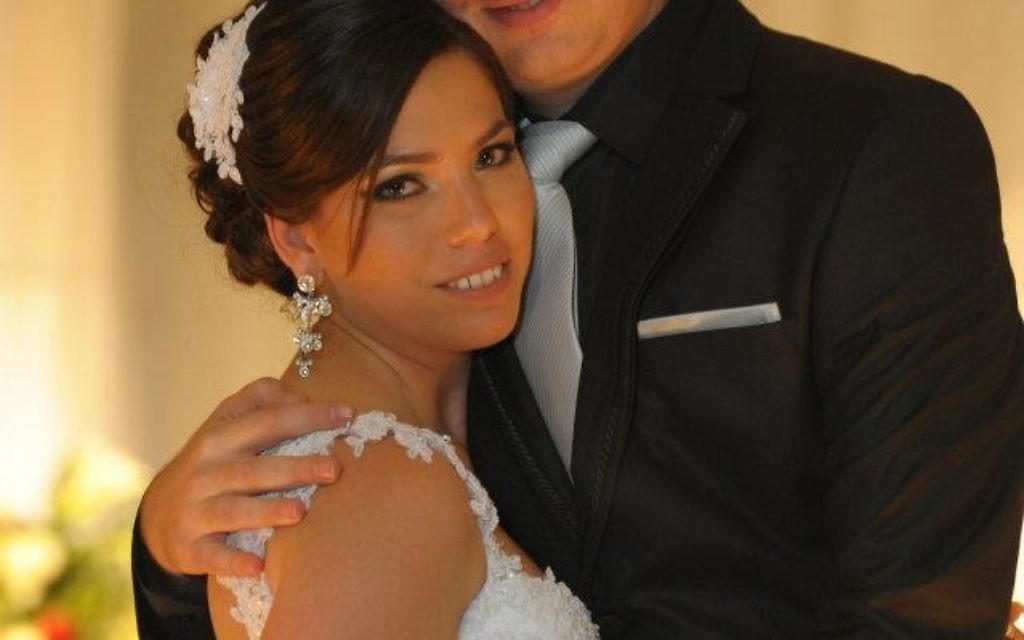 Everyone expects fireworks when they fall in love. For Noam and Hagit, the skies lit up on their wedding day – two months ago. But these fireworks weren’t fun. These were rockets fired by Arab terrorists.

Hundreds of rockets from the Gaza Strip were aimed at cities in southern Israel, placing more than a million Israelis under the threat of death. The IDF had important decisions to make. So did Noam and Hagit.

Noam Blau, 27, and Hagit Brodsky, 27, had waited nine years for this day. They met when they were studying in a technical program after high school and before the army

Though his family kept nudging him, Noam was a bit slow to propose. Finally on a trip to Eilat in December 2011, Noam popped the question.

“I knew who I wanted to marry,” says Noam. “And I knew where – three years earlier I had seen this wedding hall in Ashdod, and I knew that’s the venue I wanted. I just didn’t know when.” Together they decided on the date – Sunday, March 11, 2012.

“Most of that Sunday I spent in the bridal salon,” says Hagit. “The sirens went off four times, and each time we had to stop what we were doing and head for the shelters.” Ashdod is a coastal city about 14 miles from the Gaza Strip. The rocket attacks began on Friday.

“One thing I love about Noam is that he’s such a calm guy,” says Hagit. “My family comes from Argentina and we’re a bit more emotional.”

“Hagit has an inner strength that I admire,” says Noam. “My grandfather was a Holocaust survivor, and I always value that quality in people.”

Calmness and strength were both needed the weekend of the wedding.

“The phone didn’t stop ringing on Saturday night,” says Hagit. There were 330 invited guests and everyone wanted to know– would the Home Front Command allow the wedding to proceed as planned or would they have to move the venue to a northern city? The wedding hall owner was in constant communication with the authorities and there was no order to change plans.

What about provisions for shelter at the hall? “Space for everyone” was the response. Hopefully it wouldn’t be needed, but it was available. Noam was methodical in analyzing the situation. After all, he’s an engineer.

There was much encouragement. “We are with you,” wrote their friends in text messages. “We support you,” said the family. No one suggested they cancel. “It may mean that we shuttle between the dance floor and shelter, but the wedding will go on,” said Noam. “Hopefully this is a once-in-a-lifetime event.”

The bride, as a non-commissioned officer in the standing army, knew the seriousness of these alerts.

Many of her friends were also army personnel and all reassured the young couple. With a green-light from Home Front Command, some 300 family members and friends came for the celebration.

“One siren went off at the reception before the ceremony,” says Hagit, “but then the skies were silent, and the wedding music filled the air.”

Life has its ironies. Noam and Hagit are both residents of Rishon LeZion in central Israel, which was out of line of the rocket fire at the time, but they chose to marry in Ashdod because Noam liked a particular hall. The joy of the occasion was triumphant.