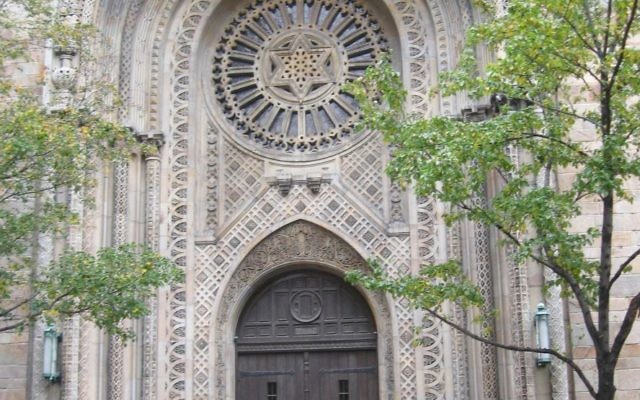 While working last year as the executive director of a Conservative synagogue in inner-city Baltimore, I was struck by the congregation’s overarching ethos of social justice. An emphasis on tikkun olam had always been, to my mind, much more associated with the Reform movement. We frequently hear ominous warnings of the decline of the Conservative movement; its detractors characterize it as insular and backward-looking. But some Conservative rabbis are at the forefront of innovation and progress, and they got there by forging connections between two realms that might appear to be distinct — social action and prayer.

Rolando Matalon has been the rabbi of B’nai Jeshurun, the oldest Ashkenazi synagogue in New York City, for more than three decades. He assumed the mantle of the late Marshall Meyer, a Conservative rabbi who revitalized BJ in large part by bringing an emphasis on social justice that he had developed as a human rights activist in Argentina during that country’s “Dirty War” in the 1970s.

Rabbi Matalon, who was also trained in the Conservative movement (BJ is now unaffiliated), told me that his congregation is known both for its social justice programming and its liturgical reinventions, which are driven by a mix of musical instruments (such as the oud) and innovative melodies. BJ, he noted, constantly looks for ways to “expand the sense of who we are.” For example, thanks to a congregant who is a Jew of color, BJ has incorporated the tunes of African-American spirituals, such as “Wade in the Water” and “Sometimes I Feel Like a Motherless Child,” into its services.

IKAR is an unaffiliated congregation (or “independent minyan”) in Los Angeles founded by Rabbi Sharon Brous, a Conservative rabbi who was inspired by working as a rabbinic fellow at BJ. The congregation’s chazzan, Hillel Tigay (son of the biblical scholar Jeffrey Tigay), told me that the music of prayer needs to be like the “soundtrack of a movie” in its capacity to move and inspire congregants to “get up, stand up and protest” for social change.

IKAR’s services incorporate Sephardic and Mizrachi-style drumming, chanting and droning (using a low-pitched, sustained tone as a harmony) with what Tigay called a “catchy melody on top” as a way of “giving people a sense that they are entering into uncharted psychological territory and transcending the everyday.” Worshippers are induced “not to tolerate things as they are, but to climb the ramp higher and higher,” in order to be more godly — and more involved in the world. “The music,” he explained, “is a catalyst to effect personal and communal change.”

Rabbi Lizzi Heydemann, a Conservative rabbi, founded Mishkan Chicago, an independent minyan that has attracted hundreds of young Jewish Chicagoans with services that are accompanied by high-octane guitar, violin and drum music. As she recalled in an interview with Rabbi Evan Schultz for his Really Interesting Jews (RIJ) podcast in 2016, it was while serving as a rabbinic intern at IKAR that she realized that a synagogue experience could “synthesize” a commitment to justice with the “ecstatic and intellectual movements” that had “given new life to Judaism.”

This may not be so new, after all. Theologian Abraham Joshua Heschel, who was a professor of mysticism at the Jewish Theological Seminary (JTS), famously said that when he marched in Selma in 1965 with Martin Luther King Jr., “I felt as if my legs were praying.”

More recently, the Jewish Theological Seminary sponsored playwright Jon Adam Ross to bring together rabbinical students with clients of the Exodus Transitional Community, an organization in East Harlem that helps formerly incarcerated young men reacclimate themselves to life in society, to co-create a play on the Book of Exodus. The work premiered at JTS in March in the Women’s League Seminary Synagogue. Ross told me that it was part of a long-term commitment by JTS, which is now undergoing a major physical renovation, to “tear down the walls” in a metaphoric sense as well and “connect communities through their inherited texts.”

But it is mostly through music that, nowadays, rabbis who were trained in the Conservative movement are helping not only to reshape synagogue life, but also to inspire Jews to build a better world. As Rabbi Steven Wernick, CEO of the United Synagogue, the Conservative movement’s congregational arm, told me, “What thriving communities share is kavanah [intention] — these communities are driven by a powerful sense of purpose. The question is: Can Judaism make my life better and inspire me to make other people’s lives better?”