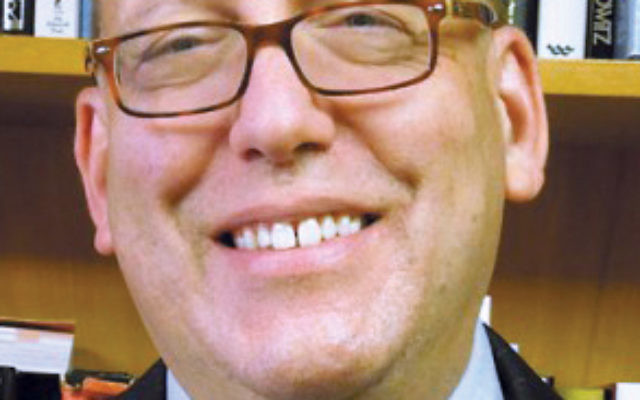 Here’s my end of Elul routine: I drive out to the cemetery to visit my mother’s grave, and on the way, I drive past the house where I grew up.

This time, however, I added another stop to my itinerary. I wanted to see my childhood synagogue.

There it was, where it had always been.

Except this time there was a sign in front: “For sale.”

You might think that this story takes place in an inner-city setting, or in a “changing” neighborhood.

But you would be wrong. It takes place in a relatively stable, middle-class community with good schools, nice houses, and a Jewish population that still has critical mass.

So, let us imagine a new version of “Law and Order: SVU” – Synagogue Victims Unit.

Who — or what — killed this synagogue?

The word on the Jewish street is that the synagogue was the victim of a new phenomenon in suburban Jewish life. It is one that is plaguing Long Island (this newspaper just ran a three-part series on the phenomenon there), and now in New Jersey: it is low-cost synagogues, frequently fee-for-service, with minimal religious school requirements. They are giving established synagogues a run for their money (literally) and their members.

Please understand what I am not describing here. I am not describing the independent minyanim that exist in mostly urban locations in North America. These new kinds of prayer groups are for the significant numbers of young Jews who are seeking new meaning in Jewish life and, particularly, in worship.

People interested in the startup synagogues I’m writing about are seeking something else. Some say established synagogues are too expensive. In the startups, you can just pay for the services that you need at the time.

Others are saying it’s not (just) the cost; it’s the atmosphere. They are fed up with synagogue politics. They find other synagogues to be cold, unfriendly, impersonal places.

Others just want religious school for one day a week, which leads to a bar or bat mitzvah ceremony without the typical requirement of several years of synagogue membership.

We are witnessing a phenomenon that, left undiagnosed and unchallenged, will signal the beginning of yet another denomination in American Jewish life — Kmart Judaism.

This is worse than simply an issue of bad communal taste. It is a form of idolatry. It is the Market as God. (I describe this in my recent book, “The Gods Are Broken! The Hidden Legacy of Abraham,” (Jewish Publication Society).

The Christian theologians Stanley Hauerwas and William Willimon, authors of “Resident Aliens: Life in the Christian Colony” (Abingdon Press), bemoan what happens when religious institutions “cater to the needs of a people who share the liberal presumption that all needs which are sincerely felt are legitimate. The problem is compounded because our church [read: American Judaism] lives in a buyer’s market. The customer is king. What the customer wants, the customer should get.”

But when synagogues undercut each other, it is not only regarding costs; it is also about content. At a certain level, these new synagogues are pandering to a Judaism of diminished expectations.

Take the one-day a week religious school gambit. Offering less Jewish education than the competitor is precisely the wrong kind of sale that we should be running. And then, in order to meet the demand for less Jewish education, established synagogues drop their requirements as well, and we find ourselves in a downward spiral of Jewish competence.

The other gimmick, of course, is bar/bat mitzvah after only one year of religious school. Of course, it will be popular. So was the Golden Calf. Is this the best we have to offer our children? Where’s the long-term spiritual plan? How do we expect today’s bnai mitzvah to look back upon that experience? The same way that their parents and grandparents did — which is to say, as empty experiences?

Yes, such enticements will garner new members for these minimalist synagogues, but the question remains: for what purpose, ultimately? This is the dumbing down of Jewish education — precisely at a moment in American Jewish history when we need Jewish education and immersive experiences more than ever before. This is not progressive; it is actually regressive, to the abysmal errors of 1950s suburban Judaism. Back then, they didn’t know any better. But we, supposedly, do.

But just because this new synagogue model is problematic does not exempt established synagogues from their own introspection. There are many things wrong with contemporary synagogue life, and many thoughtful Jewish thinkers, teachers and leaders are committed to ongoing discussion of these issues. Are synagogues as user-friendly as they need to be? Are governance structures what they need to be? Do our programmatic structures reflect the most contemporary changes in American family life? Are people as friendly as they could be? The issue is not the size of the synagogue. I have been in mega-synagogues that feel like large families, and I have been in small synagogues that are sub-glacial in their emotional temperatures.

Moreover, like any thoughtful business facing the pressure of competition, the established synagogue should thoroughly analyze its business plan. Why not engage some of our most successful business people in rethinking the standard synagogue dues system?

Maybe these start-up synagogues will correct some of the errors of older synagogues, but will they truly foster Jewish growth?

If we reduce Judaism to yet another product, then we fail. We are already drowning in the waters of infinite choice and variety. We need a renewed sense of Jewish citizenship, not merely the imitation of the latest and shallowest trends of the secular world.

We have enough places in our lives where we can simply buy what we want.

Jeffrey K. Salkin is a writer and rabbi of Temple Beth Am in Bayonne, N.J. His best-known book is “Putting God On The Guest List: How To Reclaim the Spiritual Meaning of Your Child’s Bar or Bat Mitzvah” (Jewish Lights).