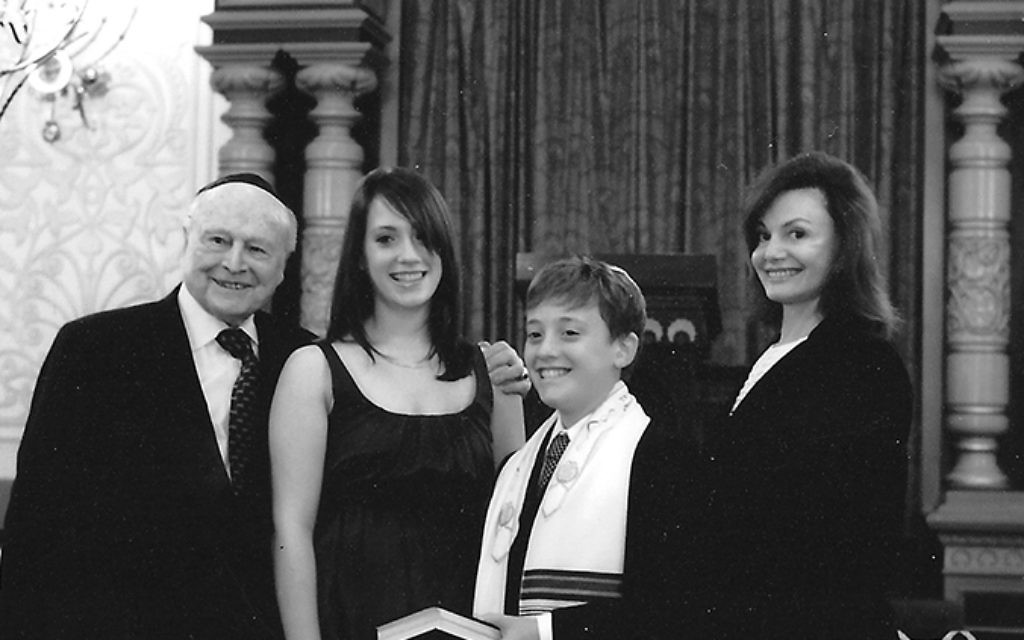 After her father’s death in 2010, Natalie Schleifer of Manhattan found herself in charge of the family foundation established nine years earlier by her father, who had a successful career in real estate investment and development.

Schleifer, now 69, and an only child, said she began making donations from the Jack P. Schleifer Foundation that were “mostly” to the Jewish charities her father had supported, as well as to the Jewish causes her five children are involved with. Among them are the Hillel Torah Day School in Chicago (she supports its scholarship program), and Camp Moshava in Wisconsin, a Zionist camp at which Schleifer has underwritten next month’s anniversary concert and dinner. In addition, the foundation bought an ambulance for Magen David Adom, Israel’s emergency medical response and ambulance service.

Jane Willner Bloomgarden of Scarsdale is helping to carry on the legacy of her parents, Blanche and Dr. Albert Willner, by managing with her brother the charitable trust her parents established at the Jewish Communal Fund.

“They left no mandate on what we should do with the money,” Bloomgarden said of her parents. “It was left to us to decide. I am making the decisions in the same spirit as my parents.”

A Boston College study found that there is now an intergenerational transfer of wealth underway totaling $59 trillion, up from $41 trillion before the recession of 2008. And it is estimated that $6 trillion of that money will be going to charity.

“There seems to be an intention to give tremendous amounts away, in addition to or perhaps in lieu of passing it on to the next generation,” observed Claire Costello, a national philanthropic practice executive at U.S. Trust, Bank of America Private Wealth Management.

“There are three possible distribution channels for money at the time of death — passing the money to family, Uncle Sam or philanthropy,” she said. “But the trend now is for people to give [to philanthropy] while they are living, and the amount [donated] is a significant number.”

Costello noted that her organization publishes a biennial study of households that have a net worth of at least $1 million and/or an annual household income of $200,000 or more. It examines giving patterns, priorities and attitudes of America’s wealthiest households and is conducted in partnership with the Indiana University Lilly Family School of Philanthropy.

Its most recent 2014 study found that 98.4 percent of these households contributed to charity — up from 95.4 percent in 2011 — and that the amount donated increased by 28 percent over the three-year period to an average of $68,580. By contrast, 65 percent of American households donate to charity.

Both Bloomgarden and Schleifer said much of their charitable spending goes to education. The U.S. Trust study found that 85 percent of the donors it surveyed gave to education in 2013, making it the charitable sector supported by the largest percentage of high net worth households. In fact, education received 27 percent of their charitable dollars — more than their gifts to religious, environmental, arts, basic needs and international causes combined.

The study found also that the largest share of charitable dollars — 28 percent — was given to charitable vehicles, such as private foundations, donor-advised funds and charitable trusts. In fact, donor-advised funds are the fastest-growing giving vehicle, and studies show that they can be a lower-cost but less flexible alternative to private foundations. Contributions to such funds increased 50 percent in the last five years to approximately $45 billion, according to Eileen R. Heisman, CEO of the National Philanthropic Trust, one of the 25 largest grant-making institutions in the U.S.

The Jewish Communal Fund is a donor-advised fund that has 7,000 donors associated with the 3,300 advised funds it manages, according to Ellen Smith Israelson, vice president of philanthropic services.

“A larger percentage of those under the age of 40 are giving today,” she said. “And apps make it easier to give — things like the Ice Bucket Challenge [for ALS]. And there are causes posted on Facebook and YouTube; you can text gifts and also use CrowdRise, a website that anyone can go on and make their own fundraising campaign.”

Unlike the New York Community Trust, a donor-advised fund that can be passed to only one generation, Israelson said the Jewish Communal Fund has no limit and that over its 44-year history a significant number of its funds have been passed down from generation to generation.

“More than half of the people who are successors to a fund continue to contribute additional assets for their charitable giving,” she pointed out. “They model the way their parents gave, but they don’t necessarily give to the same charities. For example, they might support their own college alma mater, their own synagogue and their own Jewish federation — the central institutions that are important in their lives. People definitely believe that this is continuing the legacy because it is what they were taught about tzedakah [charity] and the way to give back.”

That is true of both Schleifer and Bloomgarden, who noted that her father was past president of the American Committee for the Weizmann Institute of Science and that her parents were also supportive of such other charities as the Anti-Defamation League, the Israel Museum in Jerusalem, UJA-Federation of New York and New York Medical College, her father’s alma mater.

“My parents were both very dedicated to the well-being of the future of Jewish culture, to Israel, to science and to children,” she said. “My father was a poor kid who had empathy for people who had less and needed a helping hand. He was an orthopedic surgeon who worked his way through medical school. My father was able to turn his success in life to benefit not only our family but other people as well.”

Bloomgarden, 67, noted that both of her parents graduated from New York University and that she earned her doctorate there in clinical psychology. She said she is on the board of the Ferkauf Graduate School of Psychology at Yeshiva University, where she also supervises students and is a financial supporter. Among the other groups she has been involved with are the NYU Steinhardt School of Culture, Education, and Human Development and UJA-Federation of New York.

Schleifer said she is committed to supporting Jewish charitable causes because of what she observed growing up.

“My mother lit candles every Friday night and my parents would go to Israel and visit my father’s cousin, David Ben-Gurion,” she said. “My mother’s father would come and walk with me to synagogue every Saturday from when I was 4 to 11. We lived in Prospect Heights and it was a half-hour walk to the Brooklyn Jewish Center. We later moved to Great Neck, and once my grandfather died, my father began going to synagogue every Shabbat and taking me along. I think that is what makes kids religious — by example. I’m now on the board of the Park East Synagogue, where I fund several full-year scholarships to the synagogue’s day school.”

“My greatest hope,” Schleifer said, “is that the foundation outlasts me so as to be an everlasting tribute to my father. It’s l’dor v’dor, passing the torch to the next generations.”