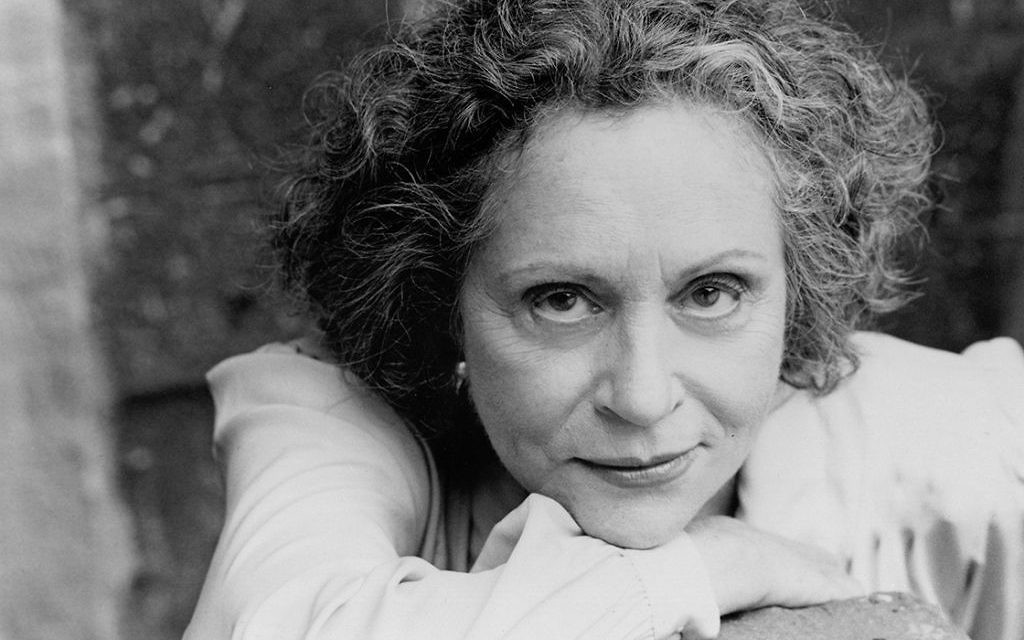 Auschwitz-Birkenau. Majdanek. Treblinka. Bergen-Belsen. Sobibor. When we think of the Holocaust, the names of a handful of death camps spring immediately to mind — names that we recite ritually on Yom Kippur and on Yom HaShoah. But, as new research over the past decade has shown, there were more than 30 times as many forced labor camps as extermination camps, and the experience of their prisoners is still, for the most part, yet to be told.

This makes “Letters to Sala,” the Off-Broadway play by Arlene Hutton that opens next week, all the more significant. Based on a trove of more than 300 letters, postcards, photographs and other documents sent to Sala Garncarz, who survived seven Nazi work camps before coming to America, the play goes back and forth in time between Sala’s wartime experiences and her family’s internal struggle about whether or not to make the letters public. Directed by Eric Nightengale, it starts performances this weekend in Midtown.

Born into a large family in the Polish coal-mining province of Upper Silesia, Sala Garncarz’s life changed forever with the German invasion of Poland on Sept. 1, 1939. When her older sister, Raizel (Lila Donnolo) was ordered to report to the Geppersdorf labor camp in Germany, Sala (Britian Seibert) offered to take her place. The camp, one of dozens that were operated by Nazi leader Albrecht Schmelt on the borders of Germany and Czechoslovakia, was supplied with a constant flow of new workers by Moshe Merin, head of the Judenrat (Jewish civilian government) at Sosnowiec; he also helped the Nazis cull the infirm, elderly, and children for extermination.

But while Schmelt allowed the flow of mail, he provided starvation-level rations and housed the Jews in unheated, overcrowded barracks that caused many to fall ill and to be sent to death camps. In the latter half of 1942, Sala was transferred five times among Schmelt’s camps, each time preserving the letters that she had been sent by her family and friends, including Ala Gertner (Anne Bates), who was ultimately hanged for her role in the Sonderkommando armed uprising at Auschwitz. Liberated by the Russians on May 8, 1945, Sala met her husband, a corporal from New York named Sidney Kirschner (Steven Russo) at a Rosh HaShanah gathering in the Bavarian village of Ansbach.

Flash forward to 1991, when 67-year-old Sala (Anita Keal), on the verge of triple bypass surgery, suddenly presented her daughter Ann Kirschner (Alice Jankell) with the box from her childhood Spill and Spell word game; it was now filled with letters in Polish, Yiddish and German that she had never mentioned. (As Kirschner told The Jewish Week in an interview, “My mother was concerned that she wouldn’t survive the surgery and that I would find the box and see old pieces of paper written in languages that I couldn’t read — that I would discard what had been unbelievably life-affirming and precious to her.”)

But when she decided to make them public, Kirschner met with unexpected opposition from her own daughters, Caroline (Laura Kamin) and Elisabeth (Kate McGonigle), who felt that their grandmother’s story should be kept private. Kirschner ultimately published most of the letters in 2006 as “Letters to Sala: A Young Woman’s Life in Nazi Labor Camps” (New York Public Library), reprinted the following year as “Sala’s Gift: My Mother’s Holocaust Story” (Free Press). The letters, which were donated to the New York Public Library, were exhibited in the spring of 2006 and later toured the United States and Poland. In 2007 they were exhibited in the U.S. Senate rotunda.

Hutton was enlisted to write the play by the late Lawrence Sacharow, an Off-Broadway director who pioneered memoir and interview-based “biographical” theater. Hutton had scored successes with “As it Is in Heaven,” about the Shakers, and “The Nibroc Trilogy,” three plays about a young Southern couple before, during and after the Second World War. “Because I’m not Jewish,” Hutton said, “Larry said that I wouldn’t have a lot of baggage in writing the play.” She sees the theme as universal in scope, reflecting that “it’s about how we deal with our family’s history and what family artifacts mean to us.”

Anita Keal, who has just been tapped to play old Sala (replacing Kathryn Kates, who herself replaced Lynn Cohen), is Jewish and does feel a strong personal connection to the play. As a child in Philadelphia, she remembers her parents helping to bring relatives to this country to escape the Nazis. “Some of them got here,” she recalled, and, “although they had been bankers in Europe, were reduced to peddling ribbons to survive.” She and her husband recently visited Theresienstadt, where they saw a crayon drawing by a child that stated the child’s birth date. “It was my birth date as well,” Keal said. “It made me wonder what right I have to be alive.” She calls the play “exquisitely written and very complex — a crazy, wonderful rollercoaster ride.”

Debórah Dwork is the Rose Professor of Holocaust History and director of the Strassler Center for Holocaust and Genocide Studies at Clark University in Worcester, Mass. Along with Robert Jan van Pelt, she contributed an essay to Kirschner’s original book that set forth the historical context of the letters. Dwork noted that it was only two years ago, with the publication of a New York Times article, “The Holocaust Just Got More Shocking,” by Eric Lichtblau (author of “The Nazis Next Door,” about Nazis hiding in America), that it became widely known that there were 42,500 ghettos and camps — a much higher figure than what most historians had believed — that the Third Reich built throughout Europe. They included 30,000 slave labor camps, 1,150 Jewish ghettos and 500 brothels filled with sex slaves.

“Over the past decade,” Dwork told The Jewish Week, “our understanding of ghettos and camps has widened. Schmelt didn’t care if his workers, who numbered in the hundreds of thousands, went back and forth to their homes or sent money — the paltry sums that the Jews earned — to their families. People labored in camps for a period of time and then went home. They remained tied to civilian life.”

Marisa Fox-Bevilacqua is making a film, “By a Thread,” about her mother’s experience working for four-and-a-half years in a textile factory that was part of a Schmelt camp in Gabersdorf (then in Czechoslovakia, now in Austrian territory) that spun thread for Nazi uniforms. Kirschner’s book, she said, “put the light bulb into my head.” She compared the situation of Jewish girls in Nazi-occupied Europe to that of the Nigerian schoolgirls kidnapped by Boko Haram last year. “Most accounts of the Holocaust are male narratives,” she observed, “that don’t speak to the experience of what the vast majority of girls and women went through.” Even the story in Anne Frank’s diary, which ended before her life did, she insisted, “doesn’t reflect the real story of the Holocaust — it’s about a sainted virgin who was hiding in an attic.”

Fox-Bevilacqua looks forward to meeting Sala, who is still alive. “I’m sure that she and my mother knew a lot of the same women. Her story was my mother’s story, too.”

“Letters to Sala” runs through Oct. 18 at the TBG Theatre, 312 W. 36th St. For tickets, $18, and schedule information, visit letterstosalany.com.