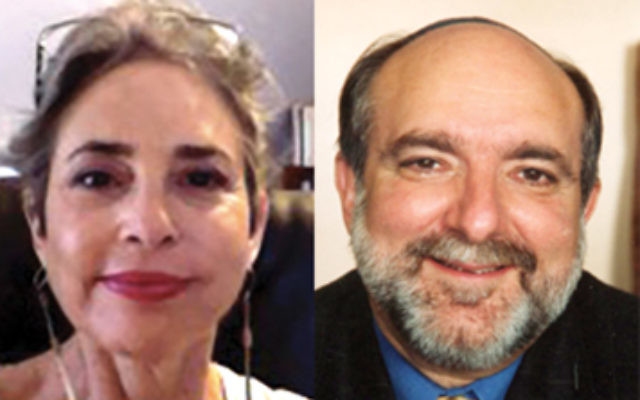 From coast to coast, movements for social justice on American campuses are increasingly taking an alarming turn. Some activists, preeminently Students for Justice in Palestine (SJP), have begun enforcing a crude ideological purity in ways profoundly at odds with the principles of open debate and inclusive discussion that define the academy. SJP and allied groups not only seek to isolate Israel economically, academically, and culturally through Boycott, Divestment and Sanctions (BDS), and they not only disrupt events related to Israel or featuring Israelis, SJP now also aims to prohibit Hillel, the central support for Jewish life on campus, along with its affiliates, from engaging in social justice work.

Recent events at Brown University bring this trend sharply into focus. Moral Voices, a Hillel-affiliated group, had invited author and transgender activist of color Janet Mock as its annual keynote speaker. SJP launched a petition March 6 calling for both Moral Voices and Hillel to be purged from the roster of campus groups co-sponsoring Mock’s March 21 appearance. After the petitioners reached Mock’s agent by phone and singled out Hillel sponsorship as their sole objection, Mock canceled her talk.

On what grounds did Brown petitioners argue that Moral Voices should be ousted from the event that the group had initiated? Hillel, the petitioners mistakenly contended, is an “Israeli advocacy organization,” and therefore complicit in the full panoply of crimes SJP attributes to the Jewish state.

“We don’t let a center who is time and time again supporting the Israeli regime to then claim that they are also supporting LBGTQ voices,” the SJP spokesman declared. And later, having torpedoed Mock’s appearance, SJP asserted that “Trans liberation, racial justice and intersectional feminism — the topics which Mock’s talk was to cover — cannot be discussed without considering the violence of the Israeli regime.”

In making this claim, SJP invoked “intersectionality,” a concept that has recently swept campus activism. As black feminist scholar Kimberlé Crenshaw originally formulated it in 1989, the idea is that different forms of discrimination are interconnected and thus should not be treated separately. She noted, for example, that white American women took up feminism in ways that did not take blackness into account, while African-American spokesmen against racism did not acknowledge women’s perspectives.

Intersectional analysis is a useful tool when responsibly applied. But SJP pushes a cartoonish oversimplification, one that treats dissimilar behaviors across disparate societies as inextricably interrelated. In its application of intersectionality, SJP reduces diverse progressive causes to a single focus: its anti-Israel agenda. Indeed, SJP has fashioned anti-Zionist doctrine — that justice demands the end of Israel as a Jewish state — into a litmus test that would exclude Jewish students from social justice work unless they endorse SJP’s anti-Israel manifesto.

When Brown University President Christina Paxson asserted that faculty and students, including Moral Voices, have the right to host speakers of their own choice and condemned the targeting of “a student group because of its religious affiliation” as counter “to Brown’s norms and values,” SJP charged her with intimidation and discouraging freedom of speech. The opposite, of course, is true: Shutting down campus groups or activities if they refuse to toe SJP’s line shows a genuine contempt for free speech.

Those who signed the petition imposed SJP’s choice on the entire campus. Better that a celebrity author-activist not speak on trans liberation than let a Hillel-affiliated group contaminate a righteous cause. What’s more, SJP denies that its declaration that Hillel “cannot serve as a space for social justice work” in any way constitutes anti-Semitism. SJP maintains that it has nothing against Judaism or the Jewish community — just as long as Jews join them in disavowing Israel.

But the insistence that Jews constrict their identity in response to anti-Zionist dogma follows a well-worn anti-Semitic pattern of trying to dictate to Jews who and what they are. It would be unimaginable if directed at any other minority group.

The Brown affair signals a disturbing shift in anti-Israel strategy: an attempt to declare that unless Jews renounce ties with their mainstream community institutions like Hillel, they will be personae non gratae in the activist world. Barred from the arena of progressive concerns, alienated from affinity with other minority groups, and tarred with accusations of racism if they express cultural, emotional or religious attachments to Israel, Jews face expulsion from “the community of the good.” They will be rendered pariahs.

Ideologues that push this exclusionary agenda should be called out on their anti-Semitic tactics. These dogmatic arbiters of moral purity cannot be allowed to dominate the university or the public square.

Marcia Kupfer, a historian of medieval art, is research consultant for the Academic Engagement Network. David Ellenson is director of the Schusterman Center for Israel Studies at Brandeis University.