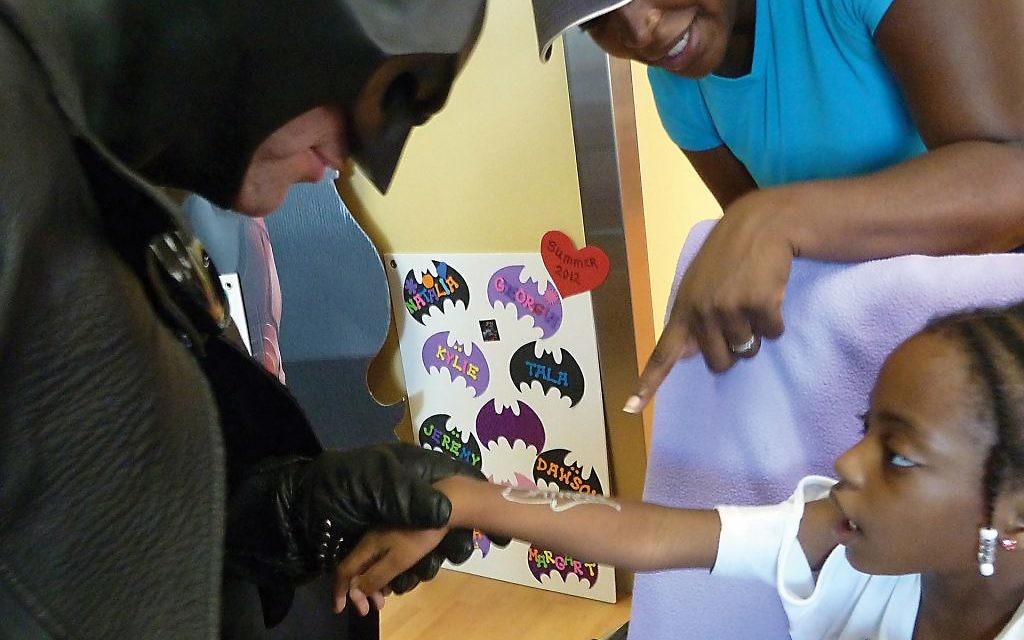 ‘Batman” died last summer.And it doesn’t matter that the recently deceased Leonard “Lenny” Robinson lived in the suburbs of Baltimore, rather than Gotham, for all of us to feel the pain of that loss.

Robinson took his black Lamborghini — which looked like the Batmobile — and for many years became an icon representing all that could be good not just in his Jewish life, but in every walk of life.

When Robinson fired up his Lamborghini, he’d be dressed in a Batman costume. He’d drive to wherever the calling was. No, he wasn’t stomping out bad guys in comic book form. But Robinson would walk into almost any pediatric ward in the Baltimore and Washington, D.C., areas, and little children with chemo pumps and no hair would get hugs and high fives. Robinson would talk to each and every child giving them words of encouragement, making them feel stronger if just for a minute or two.

And yes, it absolutely was fantasy. But for those children, it was a few minutes of not thinking about their inability to get out of bed or to go outside and play. It wasn’t just the children. Indeed, Robinson was also Batman to the parents who were grateful to see their sons and daughters smiling and drawing the confidence that “Batman” gave them.

Even the highly skilled medical staffs knew when it was time to stand back and let the Caped Crusader get to the child with the tubes who could barely keep their head up on a pillow.

Of all things, Lenny Robinson died when his car malfunctioned on a road in Western Maryland. On a mid-August day he got out of his car to check under the hood, and he was hit by an oncoming car. A Toyota Camry hit the “Batmobile,” but more importantly took “Batman” from us.

He became known all over the Internet after he was pulled over by police in 2012 while driving his Lamborghini in his authentic Batman costume. The police, instead of giving him a citation for his Batman license tags, asked if they could videotape him. He then turned up in millions of Facebook feeds and even in a Jimmy Fallon monologue.

Robinson was a fixture at area hospitals treating children with cancer. He handed out toys and all things Batman. One news account said that at Children’s Hospital in Washington, there were “kids with tubes in their noses, with IVs in the arms. He handed out gifts. Batman made those kids smile. They all thought he was Batman, a hero.”

Some might say that in real life, the 51-year-old was a former dry cleaning business owner.

But in the eyes of the sick children he hugged and visited, he was very real as Batman.

We can only hope that the work he did for the children will live on in Lenny “Batman” Robinson’s memory.

Phil Jacobs is the former executive editor of the Baltimore Jewish Times.