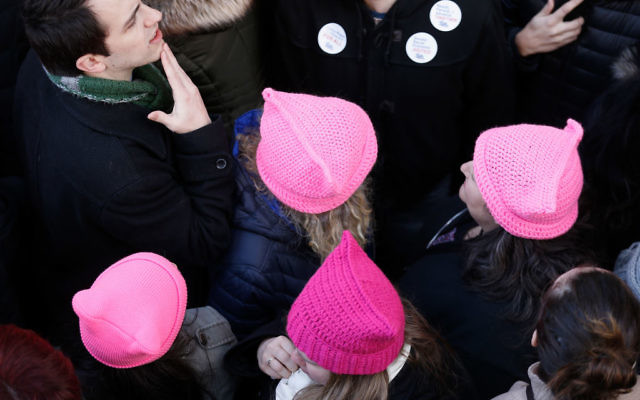 NEW YORK (JTA) — When the Women’s March galvanized millions of women in 2017 as a response to the inauguration of Donald Trump as president, Jewish participants were loud and proud. Synagogues and Jewish activist organizations sent large contingents to the main march in Washington and satellites around the country. Groups ranging from the Reform movement’s Religious Action Center to Chabad offered their support to marchers.

Two years later, the Women’s March is in disarray, with leaders facing allegations of mismanagement and local chapters seeking to go their own way out of either political or logistical self-interest. And for Jewish women there is an added layer of anguish: Top leaders of the main organization have been accused of engaging in or condoning anti-Semitism, and failing to heed the concerns of its thousands of Jewish backers.

Guereca’s chapter has a disclaimer on its website stating that it “has no affiliation and was never part of Women’s March Inc.” Still, most people don’t realize that the two are separate, and total donations to her chapter are down by about 60 percent, as are the number of organizations willing to partner with the group, Guereca said.

“I think we’ve spent the entire month of December responding to all of this, and we’re going to continue to respond. That for us stops the work from happening,” she said. 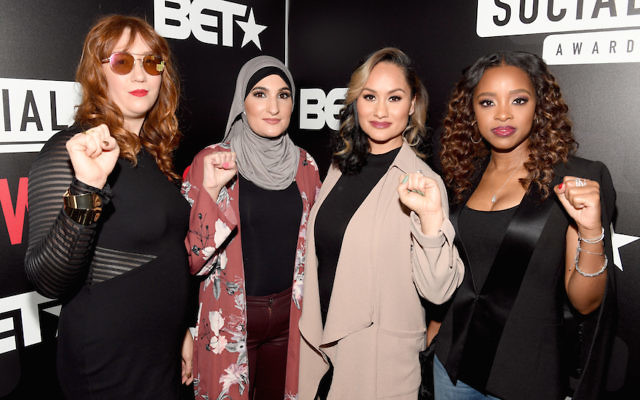 The Los Angeles chapter isn’t the only one feeling the heat.

Siemionko says her group lost thousands of social media followers and newsletter subscribers, as articles have continued to come out criticizing the national organizers. Donors have also dropped out and celebrities turned down offers to speak at its 2019 rally, citing concerns about anti-Semitism.

“It’s been a huge impact,” she said. “It’s shifted everything that we do.”

Gloria Moore, who is organizing a Women’s March in Atlanta, echoed the sentiments. After clashing with a local Women’s March affiliate, Moore went on to found March on Georgia, which is affiliated with Siemionko’s New York group.

“All the articles that are being written, all the discussions that are taking place on social media, they are all negative about the national organization,” Moore said. “Because we’ve never been associated with them, we have no reason to be affiliated with them now, and from a local standpoint they have hurt us more than they have helped us.”

Last week, the Women’s March in Washington State cited anti-Semitism in its decision to sever its affiliation with the national Women’s March organization. 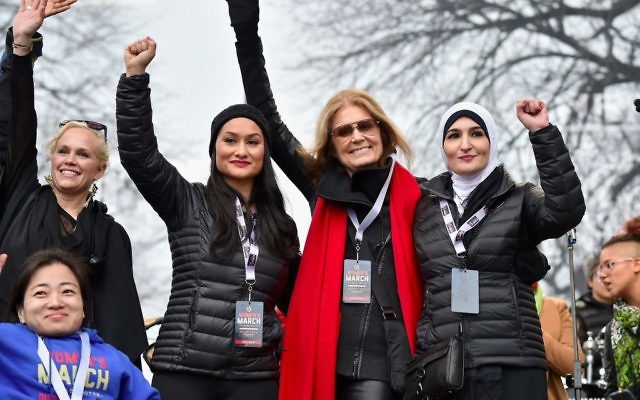 “Continuing to be a part of the Women’s March with the blatant bigotry they display would be breaking a promise. We can’t betray our Jewish community by remaining a part of this organization,” board director Angie Beem wrote in a Facebook post announcing the decision.

In November, Women’s March co-founder Teresa Shook called on the national co-chairs to resign, saying they “allowed anti-Semitism” and other hateful rhetoric. Actress and activist Alyssa Milano also said that she would not speak at the march if asked.

The controversy surrounding the march arose from organizer Tamika Mallory’s ties to anti-Semitic Nation of Islam leader Louis Farrakhan. Earlier this year, Mallory was criticized for not speaking out after she attended an event during which Farrakhan said “the powerful Jews are my enemy” and accused “Satanic Jews” of having a “grip on the media.” Farrakhan has a long history of making anti-Semitic and homophobic statements.

The organizers of the march later said the Nation of Islam leader’s statements “are not aligned with the Women’s March Unity Principles,” but also defended Mallory against criticism. Mallory has defended her and her family’s association with Farrakhan.

Following Shook and Milano’s statements last month, organizer Linda Sarsour apologized on behalf of the Women’s March for being too slow to show its commitment to fighting anti-Semitism.

The fire was further stoked by a report published earlier this month in Tablet that Mallory and fellow organizer Carmen Perez had made anti-Semitic statements at two Women’s March planning meetings. Tablet has on-the-record accounts by a Jewish participant for each of the two meetings.

These issues have only intensified frustrations among some local Women’s March chapters about the national organization’s behavior. 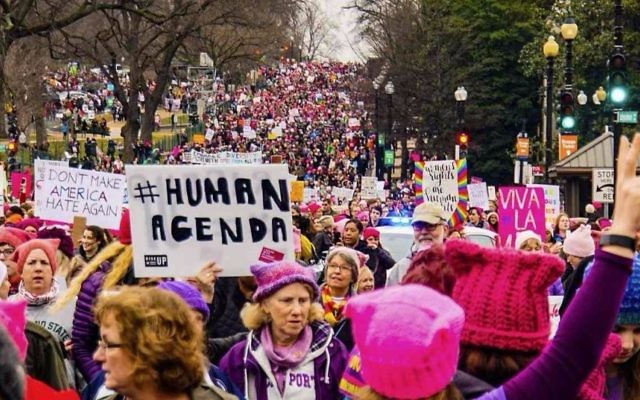 The Jewish community is also grappling with the fallout — and whether to attend the upcoming marches around the country on Jan. 19.

On Thursday, the Jewish Democratic Council of America called on the national Women’s March organizers to step down.

“Leaders of the Women’s March, Inc. continue to associate with Louis Farrakhan, a known anti-Semite, homophobe, and misogynist whom JDCA has denounced for hate speech,” the group said in a statement. “In addition, these same women continue to make statements that call into question their commitment to fighting anti-Semitism.”

The organization called on its members to join rallies around the country without ties to the national organization.

Nancy Kaufman, the CEO of the National Council of Jewish Women said that her organization has yet to sign up as a sponsor of the D.C. march. They were a sponsor in 2017, when it was also held in the capital, but not last year since the national organizers did not plan a D.C. march, but instead held it in Las Vegas.

“In an ideal world we’d love to be able to endorse [the national Women’s March], but in the real world there are concerns,” Kaufman told JTA.

NCJW is in touch with the national organizers “in order to express our deep concerns about anti-Semitism and how collectively we’re going to speak out against it,” she said.

The Jewish Women’s Foundation of New York is listed as a sponsor on the Women’s March Inc. website. Its executive director, Jamie Allen Black, said the group is still considering how to proceed.

She worries that conversations around the Women’s March could detract from the cause. 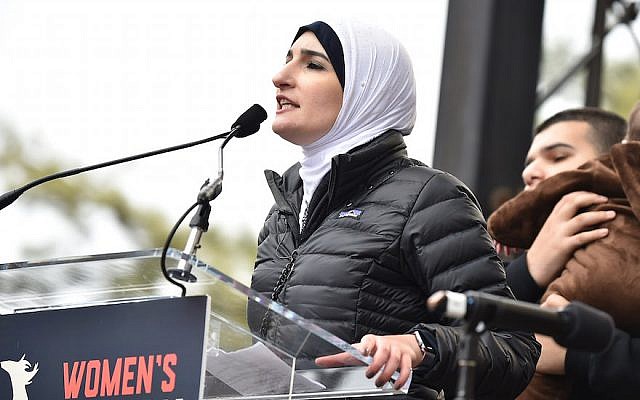 “My concern is that I don’t want to sideline the women’s movement,” Black said. “We feel around here that that’s the most important thing: that women stay connected, women stay engaged, women use their voices.”

While the foundation isn’t taking a stance on the march at this point, Black said that finding some of the organizers’ views offensive should not necessarily mean that Jewish women can’t participate in the rally.

Prominent Holocaust historian Deborah Lipstadt begs to differ. At a recent conference by the Anti-Defamation League, she said flatly that Jewish women should not attend the Women’s March. A recent tweet by Farrakhan, in which he compared Jews to termites, should seal the deal for those who may not have made up their minds, she said.

“I can’t fathom how anyone who considers themselves a proud identifying Jewish woman could let that go by,” she told JTA.

Lipstadt criticized the national Women’s March leader’s “repeated refusals to dissociate themselves” from Farrakhan and said that when they did release statements on him “they were weak and tepid.”

She likened his remarks to someone using the n-word, saying that were someone to use a slur like that, she would in no way continue to support them.

“If you talk about African Americans like that, I have nothing to say to you,” Lipstadt said. “I can’t say ‘Oh, but you do good work,’ [or] ‘Oh, but you helped my family.’ I may have once thought that you did good work, but this is a conversation ender.”