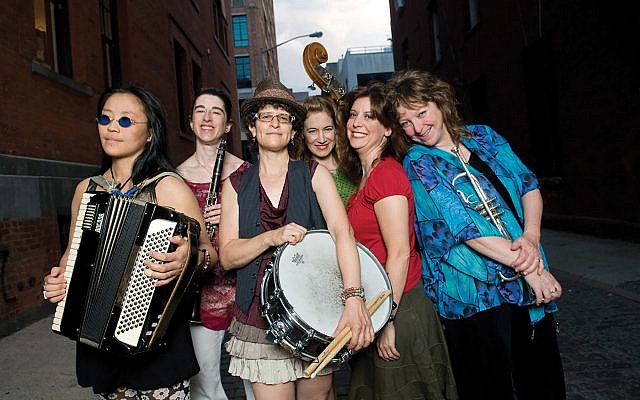 DOUBLE KLEZ BRUNCH
Metropolitan Klezmer and Isle of Klezbos come together in a double klezmer whammy. The Metropolitans are hailed for their versatile ensemble playing and blending of downtown, classical and world music into a danceable neo-traditional Yiddish repertoire; New York Music Daily called them “deliciously shape-shifting… with a love for resurrecting obscure treasures from across the decades.” The all-female IOK is equally acclaimed for its irreverent reinvention of Yiddish music, “testing the elasticity of the genre” (The New Yorker) with spirited neo-traditional dance rollicks, mystical melodies and re-grooved standards. — Sunday, Jan. 6, 11 a.m., City Winery, 155 Varick St., (212) 608-0555, citywinery.com. 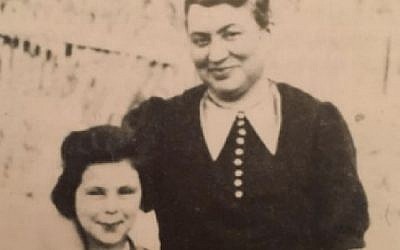 Composer/pianist Ted Rosenthal retells his own family history in the jazz opera “Dear Erich,” presented by the New York Opera and co-produced with the National Yiddish Theatre Folksbiene. Set in wartime Germany and Chicago, the plot is inspired by some 200 letters exchanged between Ted’s grandmother, Herta Rosenthal, and her son, Erich, a Jewish scholar who escaped to the States. Rosenthal  employs the musical idioms of the 1930s and ’40s to create a poignant narrative that tracks a son’s journey and new life in the New World, and the cruel demise of his family at the hands of the Nazis. Directed by Mikhaela Mahony, with a libretto by Lesley Rosenthal and Ted Rosenthal. — Wednesday, Jan. 9-Sunday, Jan. 13, Center for Jewish History, 15 W. 16th St., (212) 294-8301, dearerich.com. 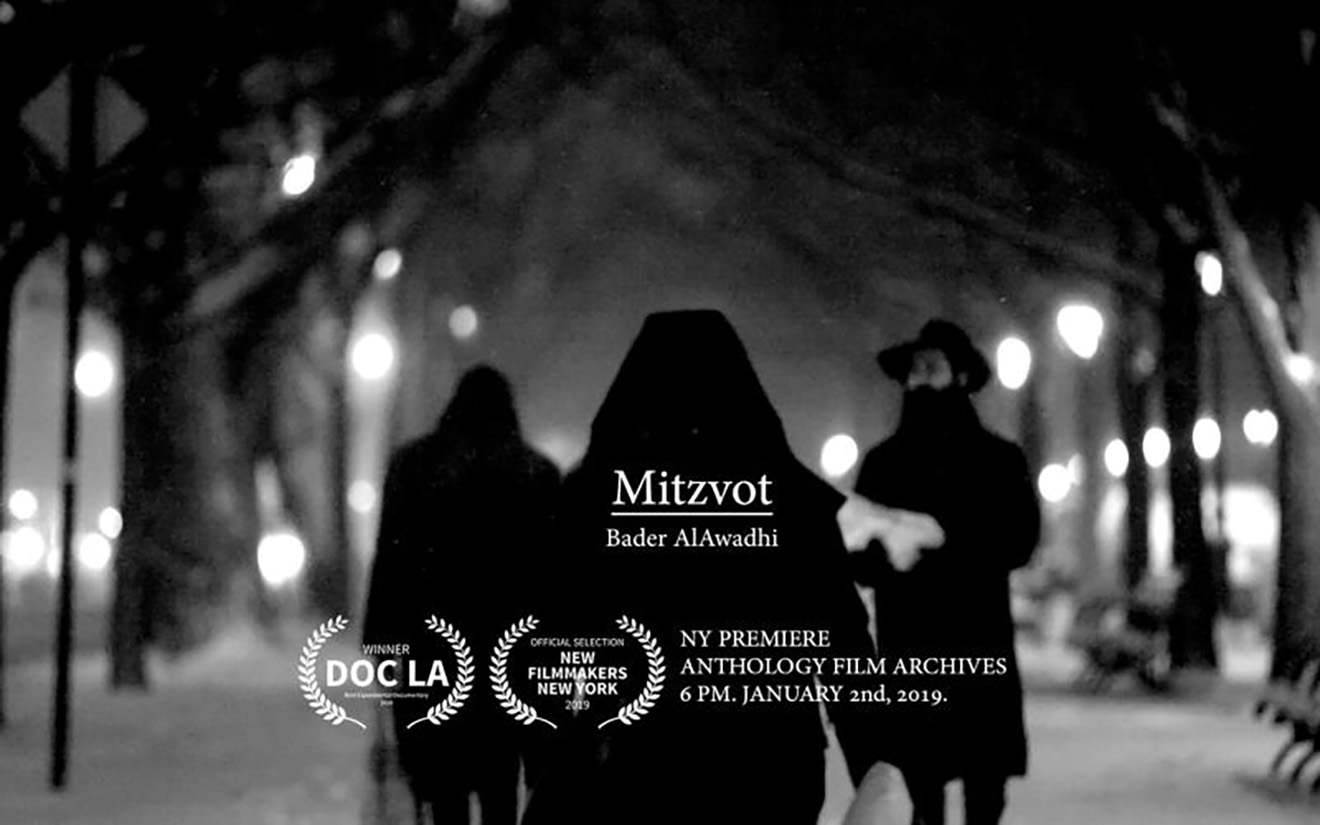 The poster for “Mitzvot.”

On the heels of “Menashe” and “93Queen,” two films that probed Orthodox life in Brooklyn, comes “Mitzvot.” Shot during the first Sabbath and the first snowfall of 2018, the film won Best Experimental Documentary in 2018’s DOC LA festival. Directed by Badar AlAwadhi, a former marketing coordinator at The Jewish Museum, it chronicles preparations for Sabbath in the chasidic enclaves of Borough Park, Crown Heights and Williamsburg, examining life through the lens of the six mitzvot (the first six commandments). Premiering as part of the NewFilmmakers New York Winter 2019 program. With music by klezmer revival pioneer Yale Strom. — Wednesday, Jan. 2, 6-7 p.m., Anthology Film Archives, 3 Second Ave., anthologyfilmarchives.org. 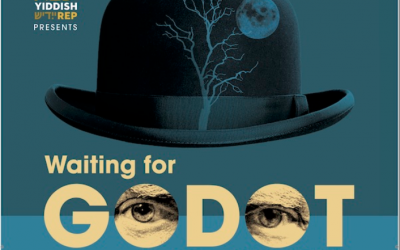 The Yiddish language expresses dark humor and existential angst particularly well, which makes it a perfect vehicle for Samuel Beckett’s 1953 absurdist play “Waiting for Godot,” which was originally written in French. This is the New Yiddish Rep’s second production of the play (the first was mounted in 2013); it’s translated by Shane Baker and directed by the 14th Street Y’s Ronit Muszkatblit. — In previews (opening Sunday, Jan. 6, 2 p.m.), through Jan. 27, Theater at the 14th Street Y, 344 E. 14th St., (646) 395-4310,  newyiddishrep.org. $35.

GLORIA: A LIFE
Five decades after Gloria Steinem began raising her voice for equality and championing those of others, her vision is as urgent as ever. The first act of this new show chronicles Steinhem’s story, the second centers on the making of the play and the third is a Talking Circle where audience members get their say. — Through January 2019, The Daryl Roth Theatre, 101 E. 15th St., (800) 745-3000, gloriatheplay.com.

FIDDLER IN YIDDISH
Directed by Oscar- and Tony Award-winner Joel Grey, a rich Yiddish translation by the late Shraga Friedman adds new depth and dimension to the iconic musical, and it has gotten raves. Presented by National Yiddish Theatre Folksbiene. — Through Dec. 30, Museum of Jewish Heritage, 36 Battery Place, (866) 811-4111, mjhnyc.org. (The play is moving Off Broadway in next month.)

The Ribs and Brisketeers, who put a Jewishy twist on Louis Jordan’s “jump jazz” from the 1930s, get a jump themselves for this New Year’s gig in the person of the leading klez trumpeter Frank London. The hard-swinging band (Shapiro’s tenor sax leads the riotous way) also features vocalist Cilla Owens, whom JazzTimes says is “as smooth as Nancy Wilson, as authoritative as Sarah Vaughan, and as informed as Carmen McRae.” The ensemble performs jazz-klez classics such as “The Ballad of Irving,” “Yiddishe Mambo” and “Dunkin’ Bagel,” as well as tunes from Cannonball Adderley’s 1964 reimagination of “Fiddler on the Roof.” — Tuesday, Jan. 1, 11 a.m., City Winery, 155 Varick St., (212) 608-0555, citywinery.com. $10.

Brooklyn-born but a nomad at heart, Dahlia Dumont traveled the world from an early age, absorbing cultural and musical influences on her path. Her Eastern European heritage and her years as an anthropology student and teacher in France and Senegal shaped her musical palette. Now back in NYC with an international band, her project “The Blue Dahlia” mixes Tex-Mex accordion with klezmer violin, old-time French swing with reggae and ska, to create a new musical whole. — Saturday, Dec. 29, 8 p.m., Barbès, 376 Ninth St., Brooklyn, (347) 422-0248, barbesbrooklyn.com.

NEW YEAR’S EVE WITH ANBESSA ORCHESTRA
Ethiopian pop/funk, for those not hip to it, is a world music revelation. Fusing the familiar sounds of American rock, soul, blues and jazz with the pentatonic scales and melismatic vocal delivery of Ethiopian music, the genre has an otherworldly sound married to a powerful, guttural groove. Anbessa Orchestra, a seven-piece group of Israeli-born, New York-based musicians, riffs off Ethiopian hits from the ’60s and ’70s, the so-called “Golden Age” of Ethiopian pop, spicing up the mix with Middle Eastern and Israeli influences. — Monday, Dec. 31, 10 p.m., Barbès, 376 Ninth St., Brooklyn, (347) 422-0248, barbesbrooklyn.com.

Andy Statman, a force in the klezmer revival and one of his generation’s premier mandolinists and clarinetists, plays his trademark blend of American roots music, prayerful chasidic music, klezmer and avant-garde jazz. A disciple of the great klezmer clarinetist Dave Tarras, Statman has reordered pioneering explorations of both chasidic music and bluegrass. He draws equally from chasidic melodies, folk tunes and free-jazz improvisation; the result reads like a very personal search for the sacred, based on tradition and introspection. — Wednesday, Jan. 2, 8 p.m., Barbès, 376 Ninth St., Brooklyn, (347) 422-0248, barbesbrooklyn.com.

THE WORLD BEFORE YOUR FEET

In the spirit of Alfred Kazin’s “A Walker in the City,” Matt Green, a 30-ish Jewish New Yorker from Ashland, Va., set out to walk every street in the five boroughs. Along the way (it took him six years), he’s become an expert on the “churchogogues” (abandoned synagogues that have become churches) and odd corners and history of our city. Documentarian Jeremy Workman followed along for the last three years, and the result (Jesse Eisenberg is executive producer) is a stirring ode to the sidewalks of New York. — Quad Cinema, 34 W. 13th St., (212) 255-2243, quadcinema.com.

Before the arrival of “Miami Vice” and “MTV Spring Break,” South Beach was home to the largest cluster of Jewish retirees in the country. Through the lens of young photographers Andy Sweet and Gary Monroe, “The Last Resort” documents this unique and brief chapter in the city’s history. — Quad Cinemas (34 W. 13th St., (212) 255-2243, quadcinema.com).

STORIES SURVIVE
Alan Moskin was born in Englewood, N.J., in1926. He was drafted into military service at the age of 18 and served in the U.S. Army during World War II. From 1944 to 1946 he fought in combat through France, Germany and Austria. At the beginning of May 1945, his company participated in the liberation of the Gunskirchen concentration camp. Moskin will recall his experiences as part of the museum’s “Stories Survive” monthly speaker series. — Sunday, Jan. 6, 1 p.m., Museum of Jewish Heritage, 36 Battery Place, (866) 811-4111, mjhnyc.org.

BEYOND SIMPLE MYTHS
Historical memory has become a deeply contentious topic in the post-communist societies of Eastern Europe, particularly with regards to World War II, communism and nationalism. Christoph Dieckmann will share his experiences and impressions of both history and memory in Eastern Europe from the perspective of an engaged German historian. — Wednesday, Jan. 9, 7 p.m., Center for Jewish History, 15 W. 16th St., (212) 294-8301, yivo.org/WP2019-Keynote.

CHAGALL, LISSITZKY, MALEVICH
This Jewish Museum show explores a little-known chapter in the history of modernity and the Russian avant-garde, focusing on the People’s Art School (1918-1922), founded by Marc Chagall in his native city of Vitebsk (present-day Belarus). Featuring the works of three iconic figures — Marc Chagall, El Lissitzky and Kazimir Malevich — as well as works by lesser-known students and teachers of the Vitebsk school. — Through Jan. 6, 2019, The Jewish Museum, 1109 Fifth Ave. (at 92nd Street), (212) 423-3200, thejm.org.