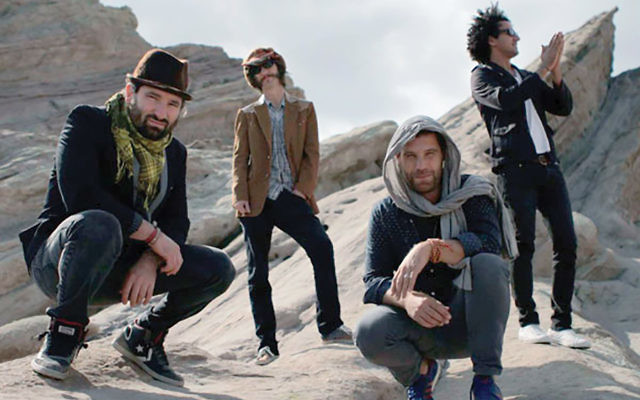 Rock of ages: Moshav brings it Jewish roots rock to the Highline Ballroom.

Credited with being one of the first groups to make Jewish music that truly rocks, the original members of the ’90s band Moshav hail from, well, a moshav in the outskirts of Jerusalem founded by the mystically minded troubadour Reb Shlomo Carlebach. The group learned at Reb Shlomo’s knee, often performing with him in local concerts. These days, while the band lives in L.A., tours the world, has shed most of its founding members and sings mostly in English, Moshav never strays too far from its roots: a rich brew of reggae, bluegrass, funk and indie rock, with Jewish liturgy ringing out clearly. The group will perform excerpts from its recently released “Shabbat Vol. 1,” as well as earlier hits. Jewish rapper Kosha Dillz opens. — Monday, Aug. 7, 8 p.m., Highline Ballroom, 431 W. 16th St., (212) 414-5994, highlineballroom.com. 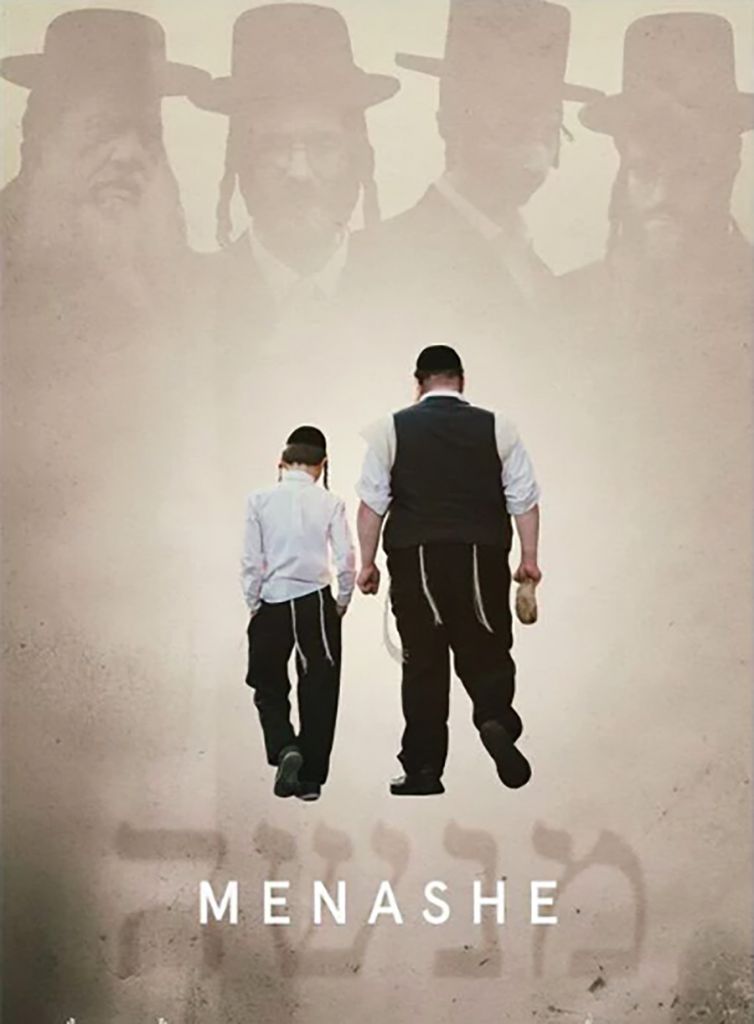 The beloved “Hester Street” had plenty of Yiddish in it, but we’ve not heard anything like Joshua Z. Weinstein’s “Menashe,” filmed on the streets of Borough Park and entirely in the mame loshen, for years. Weinstein told us last week that he drew inspiration from “The Bicycle Thief,” Vittorio De Sica’s postwar classic about a man struggling to take care of his family. Our Menashe, then, played by a real-life Menashe (the Skverer chasid Menashe Lustig), is a widower pushing against the conventions of his tight-knit, family-oriented community by trying to win custody of his young son. In his debut feature, Weinstein, a documentarian, shows a real feel for the rhythms and cadences of chasidic life. It’s sweet and sad all at once, and a New York story through and through. — Opens July 28 at Angelika Film Center, 18 W. Houston St., angelikafilmcenter.com, and Lincoln Plaza Cinema, 1886 Broadway, lincolnplazacinema.com.

Grammy-winning fiddler and singer-songwriter Lisa Gutkin is best known as violinist and vocalist for the Klezmatics. As bandleader of her own trio (with tsimblist Pete Rushefsky and bassist Remy Yulzari) she moves easily from klezmer to traditional Irish fiddle tunes to the blues, Balkan and Appalachian sounds. — Sunday, Aug. 6, 10 a.m. doors, 11 a.m. concert, City Winery, 155 Varick St., (212) 608-0555, citywinery.com. $10. 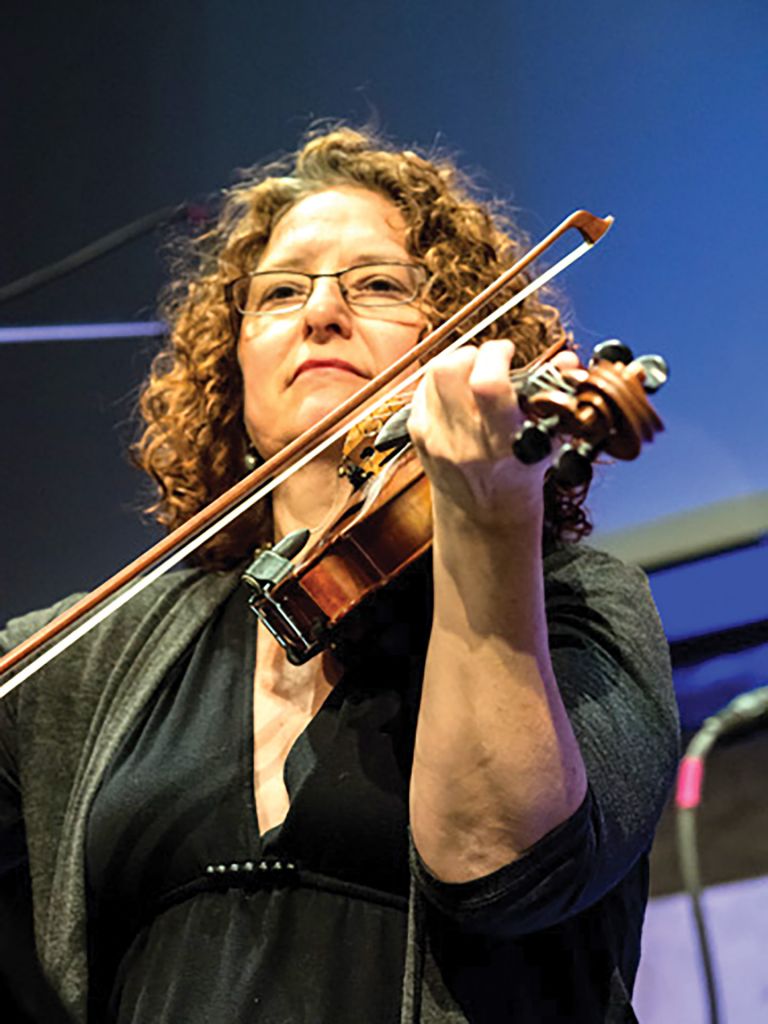 Jewish theater icon Tovah Feldshuh has had a long and adventurous career, with a Tony nomination for best actress for “Golda’s Balcony,” four Drama Desk Awards, four Outer Circle Critics Awards, the Obie and the Lucille Lortel Award for Best Actress. The winding path of her career and the personal sacrifices she made to sustain it are among the topics of her 2016 one-woman comic musical, “Aging Is Optional.” – Tuesday and Thursday, Aug. 1 and 3, 7 p.m., 54 Below, 254 W. 54th St., (646) 476-3551, 54below.com.

Lucie Pohl, a Jewish-German-American comedian and actress and Bertolt Brecht’s real-life grand-niece, explores her multifaceted roots (the family moved from Hamburg to New York City when she was 8), including her fascination with the Fuhrer. “A pinch of Hitler, a cup of hip-hop and a dash of Hasselhoff,” the advance billing has it. — Through July 30 at the Cherry Lane Theatre, 38 Commerce St., hihitlershow.com.

Created by Zalmen Mlotek and Moishe Rosenfeld in 1984, the musical “Amerike — The Golden Land” weaves stories and observations the two collected from New York’s Yiddish-speaking immigrants. The National Yiddish Theatre Folksbiene is now reimagining the production, documentary-style, heightened by the use of projection designs and a live seven-piece klezmer band on stage. Directed by Drama Desk-nominee Bryna Wasserman, “Amerike” is performed in Yiddish with Russian and English supertitles. — Extended through Aug. 20, Museum of Jewish Heritage, 36 Battery Place, (866) 811-4111, mjhnyc.org.

This fast-paced documentary recounts the story of how, against all odds, the 1977 Maccabi Tel Aviv basketball team toppled the four-time defending European champions and put Israel firmly on the hoops map. Presented by Congregation Kehilath Jeshurun and Israel Bonds New York, and followed by a Q&A with the American-Israeli Tal Brody, a former MVP basketball player. Refreshments will be served. — Wednesday, Aug. 2, 7-9:30 p.m., Kehilath Jeshurun, 125 E. 85th St. RSVP at (212) 446-5835 or Robert.luzner@israelibonds.com. $40.

Playing out more like the a spy novel than a museum show, this multimedia exhibit features recently declassified materials charting the tracking, capture, extradition and trial of Adolf Eichmann — Through Dec. 22, Museum of Jewish Heritage, 36 Battery Place, (646) 437-4202, mjhnyc.org.