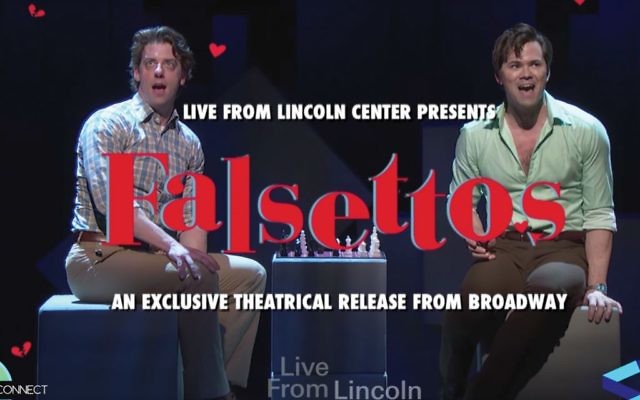 “Falsettos,” the film, at Sunshine Cinema.

Nominated for five Tonys this year, including best musical revival, “Falsettos” is now at a theater near you. Shot live earlier this year, Lincoln Center Theater’s production stars Christian Borle, Stephanie J. Block, Andrew Rannells and Brandon Uranowitz, all of whom received Tony nods. Originally created under the specter of the AIDS crisis, James Lapine and William Finn’s poignant and satirical story centers on a neurotic but charming gay man, his wife, his lover, his soon-to-be-bar-mitzvahed son, their psychiatrist and the lesbians next door. The Times called the film “an exceptional production of a perfect musical.” — Wednesday, July 12, 7 p.m., Sunshine Cinema, 143 E. Houston St., landmarktheatres.com.

Ethiopian pop/funk, for those not hip to it, is a world music revelation. Fusing the familiar sounds of American rock, soul, blues and jazz with the less-familiar pentatonic scales and melismatic vocal delivery of Ethiopian music, the genre has an otherworldly sound married to a powerful, guttural groove.  Anbessa Orchestra, a seven-piece group of Israeli-born, New York-based musicians, riffs off Ethiopian hits from the ’60s and ’70s, the so-called “Golden Age” of Ethiopian pop, spicing up the mix with Middle Eastern and Israeli influences. With Wayne Tucker on trumpet, saxophonists Eyal Vilner and Eden Bareket, guitarist Nadav Peled, bassist Tamir Shmerling, Dor Heled on keyboards and Eran Fink on drums. — Sunday, July 9, 10 p.m., Barbès, 376 Ninth St., Brooklyn, (347) 422-0248, barbesbrooklyn.com. $10.

URIEL WEINREICH
Author of the groundbreaking “Modern English-Yiddish, Yiddish-English Dictionary,” Professor Uriel Weinreich was a key figure in the revival of Yiddish culture here. Though he died at 40 in 1967, Weinreich managed to foster the teaching of Yiddish language at American universities, build a new Yiddish-language atlas and demonstrate the importance of Yiddish in the science of linguistics. In an all-Yiddish program in his memory, Yiddish historian Rakhmiel Peltz will discuss Weinreich’s legacy as a cultural bridge between Eastern Europe and America. The lecture is followed by a performance by Inna Barmash, a Vilna-born, N.Y.-based folk singer of Yiddish, Russian and other Eastern European languages; a memorial speech by Yiddish activist Arele Viswanath, Weinreich’s grandson; and a reception. — Sunday, July 9, 1 p.m., YIVO Institute for Jewish Research, 15 W. 16th St., (212) 246-6080, yivo.org. Free.

One of 2016’s best-reviewed works, J. T. Rogers’ “Oslo,” which just won the Tony for best play, tells a complex tale of political intrigue and back-door negotiations focusing on the months of talks between Israel and Palestine that led to the historic 1993 Oslo Peace Accords. Directed by Tony-winning Barlett Sher (“Fiddler on the Roof”). The darkly funny play has been extended through July 16. — Lincoln Center Theater, 150 W. 65th St., (212) 375-3708, lct.org. 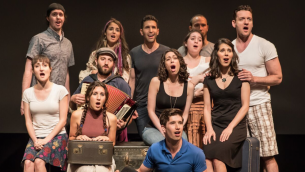 On July 4th, The Folksbiene will remind the US of A what it’s supposed to be all about with a retooled and reimagined production of “Amerike — The Golden Land.” Created by Zalmen Mlotek and Moishe Rosenfeld in 1984, the musical weaves stories and observations the two collected from New York’s Yiddish-speaking immigrants, in a show The Times hailed for its “sparkle and oomph of seltzer right from the nozzle.” The National Yiddish Theatre Folksbiene is now reimagining the production, documentary-style, heightened by the use of projection designs and a live seven-piece klezmer band on stage. Directed by Drama Desk-nominee Bryna Wasserman, “Amerike” is performed in Yiddish with Russian and English supertitles. — July 4-Aug. 6, Museum of Jewish Heritage, 36 Battery Place, 866-811-4111, mjhnyc.org. 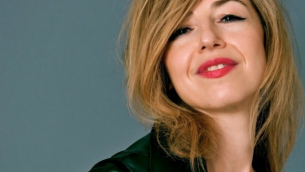 TEREZIN
Based in part on “The Terezin Diary of Gonda Redlich,” the play tells the story of two Jewish girls — Alexi, a brilliant violin player, and her friend Violet — locked in a desperate struggle for survival after arriving at Terezin. Violet mysteriously disappears and Alexi’s only hope of finding her involves teaching the Jewish ghetto’s Nazi commander to play the violin. Written by Nicholas Tolkien, great-grandson of novelist J.R.R. Tolkien. —Peter Jay Sharp Theatre, 416 W. 42nd St., 4th fl., (212) 279-4200, ticketcentral.com.

Cited as one of the best plays of 2016 by The Times, “Indecent” follows the original cast of Sholem Asch’s “God of Vengeance,” who risked their careers to perform a risqué work at a time when art, freedom and truth were on trial. The work is playwright Paula Vogel’s Broadway debut. Rebecca Taichman, who just won a Tony, directs. — The play has been extended through Aug. 6; discounts through that date, Cort Theatre, 138 W. 48th St.,telecharge.com.

A klez revival pioneer and one of his generation’s premier mandolinists and clarinetists, Andy Statman plays his trademark blend of American roots music, prayerful chasidic tunes, klezmer and avant-garde jazz. He draws equally from chasidic melodies, bluegrass and free jazz; the result reads like a very personal search for the sacred, based on tradition and introspection. — Wednesday, July 5, 8 p.m., Barbès, 376 Ninth St., Brooklyn, (347) 422-0248, barbesbrooklyn.com. $10.

Unexpectedly smashing through the box office’s glass ceiling and carrying women everywhere on her cape-tails, “Wonder Woman” is shaping up to be 2017’s biggest hit. Starring Sabra actress/model/former Miss Israel Gal Gadot, the first A-list Israeli movie star ever, the movie follows Diana, princess of the Amazons and demi-god, as she grows up on an all-female, all-warrior, all-Israeli-accented island. After a handsome British pilot fighter (Chris Pine) arrives on the island and alerts her to the World War (I) raging outside, the two rush off to save the world through their combined military prowess. — In very wide release.

Portrait photographer Elsa Dorfman found her medium in 1980: the larger-than-life Polaroid Land 20×24 camera. For the next 35 years she captured the “surfaces” of those who visited her Cambridge, Mass., studio: families, Beat poets, rock stars and Harvard notables. As such pictures begin to fade and her retirement looms, Dorfman gives director Errol Morris an inside tour of her backyard archive. — Opens Friday, June 30, Angelika Film Center, 18 W. Houston St., (212) 995-2570, angelikafilmcenter.com.

During Hitler’s anniversary speech on Nov. 8, 1939, Georg Elser (Christian Friedel) is arrested on the Swiss border for possession of suspicious objects. Just minutes later, a bomb explodes in the Munich Bürgerbräukeller, immediately behind the Führer’s lectern, killing eight people. Elser is held and cruelly questioned by the Gestapo, and from them he learns that his attempt has failed — the man he wanted to kill in order to stop the bloodshed of World War II had fled 13 minutes before the explosion. — Opens June 30 at Lincoln Plaza Cinema, 1886 Broadway, (212) 757-0359, lincolnplazacinema.com..

FIFTY YEARS OF COMPLEX UNIFICATION
Within days in June 1967, Jerusalem was transformed from a divided and threatened town into a large, booming metropolis. Dr. Elan Ezrachi, a native of Jerusalem and the author of a new book (in Hebrew) covering the history of Jerusalem since 1967, will speak about the underlying social, political and religious rifts that still shape life and culture in the reunited city. Presented by the Israeli American Council (IAC). — Tuesday, July 11, 7-8:30 p.m., B’nai Jeshurun, 257 W. 88th St., (212) 787-7600, bj.org.

LAW OF THE LAND 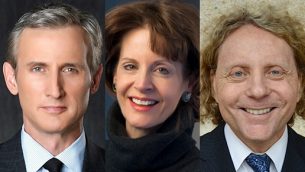 ELLA KOGAN, SEARCHING FOR THE SOUL
Ella Kogan, daughter of the renowned Jewish painter Leonid Kogan, is a classically trained musician-turned-sculptor. She was born in Russia but has worked in the United States for the past 40 years. This broad retrospective of bronze sculptures offers a glimpse into her life and works. — Through July 2, The National Arts Club, Trask and Marquis Galleries, 15 Gramercy Park South, russianamericanfoundation.org. 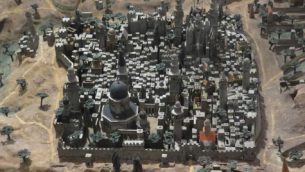