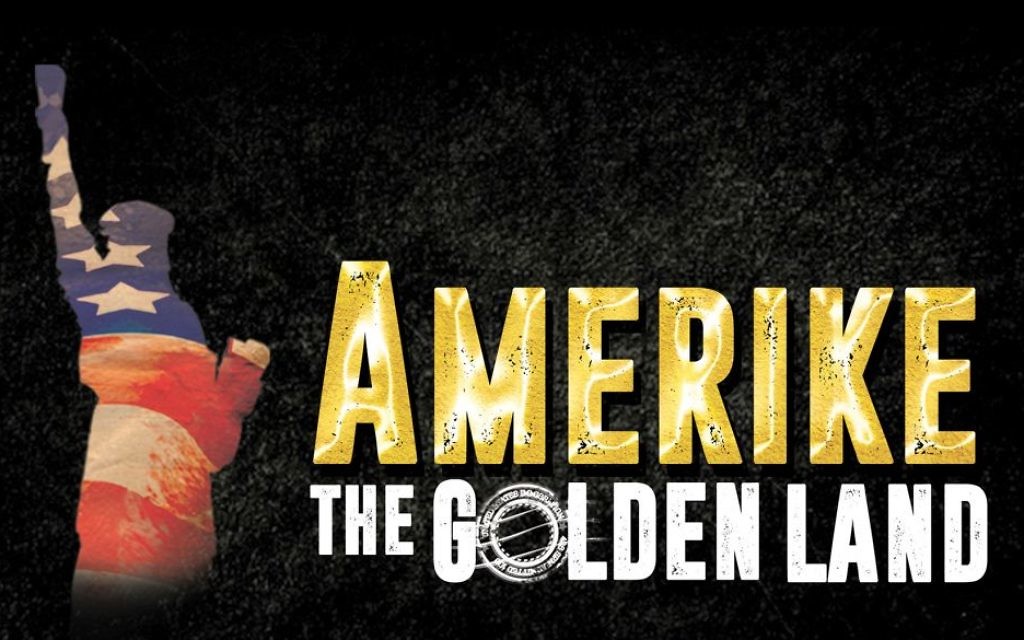 The Folksbiene reimagines “Amerike” for the Fourth.

AMERIKE
On July 4th, The Folksbiene will remind the US of A what it’s supposed to be all about with a retooled and reimagined production of “Amerike — The Golden Land.” Created by Zalmen Mlotek and Moishe Rosenfeld in 1984, the musical weaves stories and observations the two collected from New York’s Yiddish-speaking immigrants, in a show The Times hailed for its “sparkle and oomph of seltzer right from the nozzle.” The National Yiddish Theatre Folksbiene is now reimagining the production, documentary-style, heightened by the use of projection designs and a live seven-piece klezmer band on stage. Directed by Drama Desk Award-nominee Bryna Wasserman, with movement and staging by Chita Rivera Award nominee Merete Muenter, and music direction and arrangements by NYTF artistic director Zalmen Mlotek. Performed in Yiddish with Russian and English supertitles. — July 4-Aug. 6, Museum of Jewish Heritage, 36 Battery Place, (646) 437-4202, mjhnyc.org.

A MUSICAL JOURNEY THROUGH JERUSALEM
Yeshiva University Museum’s exhibition “City of Gold, Bronze and Light: Jerusalem between Word and Image” features a broad range of visual representations, from paintings to memorabilia, exploring the tension between the imaginary and symbolic Jerusalem and the physical, brick-and-mortar one. Introducing a new emotional dimension, Israeli-American cellist Elad Kabilio (host of the classical music program MusicTalks), along with clarinetist Avigail Malachi-Baev and vocalist Inbar, perform a musical selection inspired by the city and its communities; the piece, as diverse as Jerusalem itself, ranges from Ladino and klezmer to opera and Israeli song. — Wednesday, June 28, 6:30 p.m., Center for Jewish History, 15 W. 16th St., (212) 294-8301, cjh.org..

Israeli jazz guitarist Assaf Kehati, “A progressive jazz guitarist … with a light touch,” (allaboutjazz.com) arrived here in 2007 and made a name for himself by performing alongside such notables as George Garzone and his country-mates Eli Degibri and Anat Cohen. He is also well respected as a leader: His third and latest album, “Naked” (2014), has been hailed as “easily one of the best for 2014” (Bop-N-Jazz). As part of the “Italian Jazz Lunch” series, Kehati will be in residency at the Midtown restaurant/club Il Gattopardo throughout July, hosting a different bassist each week for an Italian-flavored jazz/bossa nova/lunch combo. — Every Saturday in July, 11:30 a.m.-3 p.m., Il Gattopardo, 13-15 W. 54th St., (212) 246-0412, ilgattopardonyc.com

One of 2016’s best-reviewed works, J. T. Rogers’ “Oslo,” which just won the Tony for best play, tells a complex tale of political intrigue and back-door negotiations focusing on the months of talks between Israel and Palestine that led to the historic 1993 Oslo Peace Accords. Directed by Tony-winning Barlett Sher (“Fiddler on the Roof”). The darkly funny play has been extended through Aug. 28. — Lincoln Center Theatre, 150 W. 65th St., (212) 375-3708, lct.org. 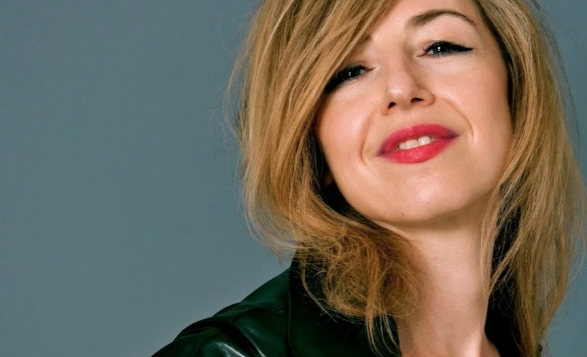 Based in part on “The Terezin Diary of Gonda Redlich,” the play tells the story of two Jewish girls — Alexi, a brilliant violin player, and her friend Violet — locked in a desperate struggle for survival after arriving at Terezin. Violet mysteriously disappears and Alexi’s only hope of finding her involves teaching the Jewish ghetto’s Nazi commander to play the violin. Written by Nicholas Tolkien, great-grandson of novelist J.R.R. Tolkien. —Peter Jay Sharp Theatre, 416 W. 42nd St., 4th fl., (212) 279-4200, ticketcentral.com.

Cited as one of the best plays of 2016 by The Times, “Indecent” follows the original cast of Sholem Asch’s “God of Vengeance,” who risked their careers to perform a risqué work at a time when art, freedom and truth were on trial. The work is playwright Paula Vogel’s Broadway debut. Rebecca Taichman, who just won a Tony, directs. — Closes Sunday, June 25. Cort Theatre, 138 W. 48th St., ticketcentral.com.

The Israeli-born jazz guitarist has drawn praise for his smooth sound and formidable technique. After establishing his sound in the classic jazz trio and quartet, ZuperOctave , he explores a bass-less, semi-electronic version of his compositions. With Aaron Parks on keyboards and Kush Abaday on drums. — Friday, June 23, 9 and 10:30 p.m., Cornelia Street Café, 29 Cornelia St., (212) 989-9319, corneliastreetcafe.com. $10 cover plus $10 minimum.

ON THE ROOF WITH LEV-YULZARI

The Israeli-American saxophonist and composer is a “remarkably complete musician, a virtuosic soloist with a lush sound on both soprano and tenor whose compositions are daring and deep” (All About Jazz), and his album “Opus One” (Plus Loin Music) was reviewed as a “smartly played, swinging and evocative jazz album” (DownBeat Magazine). With Edward Perez on bass, Nitzan Gavrieli on piano and Peter Kronreif on drums. — Monday, June 26, Smalls Jazz Club, 183 W. 10th St., (646) 476-4346, smallslive.com.

Unexpectedly smashing through the box-office’s glass ceiling and carrying women everywhere on her cape-tails, “Wonder Woman” is shaping up to be 2017’s biggest hit. Starring Sabra actress/model/former Miss Israel Gal Gadot, the first A-list Israeli movie star ever, the movie follows Diana, princess of the Amazons and demi-god, as she grows up on an all-female, all-warrior, all-Israeli-accented island. After a handsome British pilot fighter (Chris Pine) arrives on the island and alerts her to the World War (I) raging outside, the two rush off to save the world through their combined military prowess. — In very wide release.

Portrait photographer Elsa Dorfman found her medium in 1980: the larger-than-life Polaroid Land 20×24 camera. For the next 35 years she captured the “surfaces” of those who visited her Cambridge, Massachusetts studio: families, Beat poets, rock stars and Harvard notables. As such pictures begin to fade and her retirement looms, Dorfman gives Director Errol Morris an inside tour of her backyard archive. — Opens Friday, June 30, Angelika Film Center, 18 W. Houston St., (212) 995-2570, angelikafilmcenter.com.

When the women’s balcony in an Orthodox synagogue collapses, leaving the rabbi’s wife in a coma and the rabbi in shock, the congregation falls into crisis. Charismatic young Rabbi David appears to be a savior after the accident, but slowly starts pushing his fundamentalist ways. This tests the women’s friendships and creates an almost Lysistrata-type rift between the community’s women and men. — Through June 29, Quad Cinema, 34 W. 13th St., (212) 255-2243, quadcinema.com.

Rama Burshtein’s (“Fill the Void”) oddball romantic comedy follows Michal (Noa Koler), a 32-year-old Orthodox woman preparing for her much-anticipated wedding. When her fiancé abruptly decides to cancel their scheduled wedding, telling her, “I just don’t love you,” she decides that she will proceed without him. She hires a hall, plans a menu and sends out invitations. Now all she needs, with 22 days left before her chosen date, is a bridegroom. Koler won an Ophir (the Israeli version of the Oscar) for her performance. — Lincoln Plaza Cinema, 1886 Broadway, (212) 757-0359. For tickets and show times visit lincolnplazacinema.com.

During Hitler’s anniversary speech on Nov. 8, 1939, Georg Elser (Christian Friedel) is arrested on the Swiss border for possession of suspicious objects. Just minutes later, a bomb explodes in the Munich Bürgerbräukeller, immediately behind the Führer’s lectern, killing eight people. Elser is held and cruelly questioned by the Gestapo, and from them he learns that his attempt has failed — the man he wanted to kill in order to stop the bloodshed of World War II had fled 13 minutes before the explosion. — Lincoln Plaza Cinema, 1886 Broadway, (212) 757-0359. For tickets and show times visit lincolnplazacinema.com.

YIDDISH YELLOW PRESS
The epithet “yellow press” was often leveled at the socialist Yiddish Forverts by critics of its editor, Abraham Cahan, who accused him of imitating American news tactics to the detriment of the Yiddish reading audience. Author/researcher Elle Kellman discusses the challenges facing Cahan, as well as his ideas about how to write effectively for immigrant readers. — Thursday, June 29, 3 p.m., YIVO Institute for Jewish Research, 15 W. 16th St., yivo.org. Free.

ELLA KOGAN, SEARCHING FOR THE SOUL
Ella Kogan, daughter of the renowned Jewish painter Leonid Kogan, is a classically trained musician-turned-sculptor. She was born in Russia but has worked in the United States for the past 40 years. This broad retrospective of bronze sculptures offers a glimpse into her life and works. — Through July 2, The National Arts Club, Trask and Marquis Galleries, 15 Gramercy Park South, russianamericanfoundation.org

FLORINE STETTHEIMER: PAINTING POETRY
Through her critically acclaimed poems, paintings and drawings, as well as a selection of costume and theater designs, photographs and ephemera, The Jewish Museum offers a timely reconsideration of poet/painter Florine Stettheimer, an icon of Jazz Age New York. – Through Sept. 24, The Jewish Museum, 1109 Fifth Ave., (212) 423-3200, thejewishmuseum.org