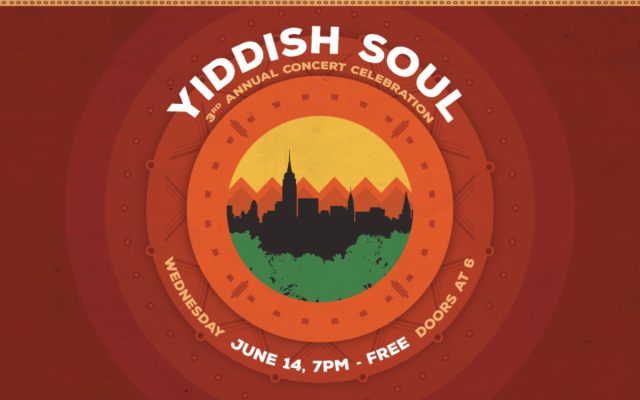 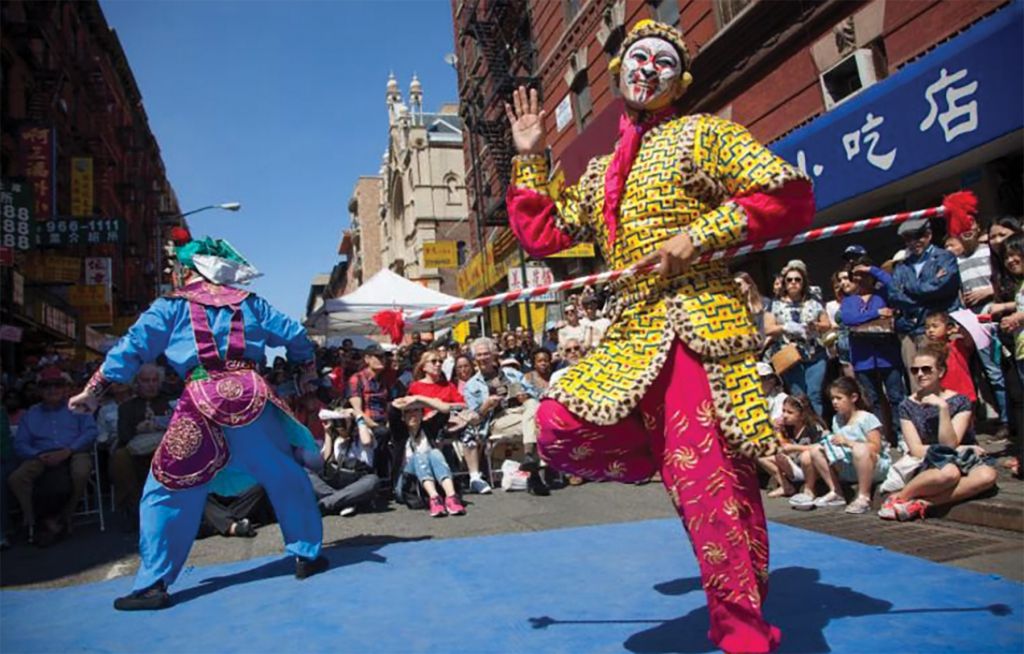 YIDDISH AND BRITISH ON BROADWAY
As is its custom each summer, the Jewish People’s Philharmonic Chorus will deliver four-part vocal arrangements in Yiddish. The Yiddishly challenged need not be concerned, since each number gets an intro from the group’s conductor, Binyumen Schaechter, and has a full translation in the concert program. On tap are works by Gilbert and Sullivan (in Yiddish) and Mordechai Gebirtig and songs from the days of the Second Avenue Yiddish theater. Guest performers include soloists Cantor Joel Caplan and Temma Schaechter, with Seth Weinstein at the piano. — Sunday, June 11, 4:30 p.m., Symphony Space, 2537 Broadway, (212) 864-5400, SymphonySpace.org. Based in part on “The Terezin Diary of Gonda Redlich,” the play tells the story of two Jewish girls — Alexi, a brilliant violin player, and her friend Violet — locked in a desperate struggle for survival after arriving at Terezin. Violet mysteriously disappears and Alexi’s only hope of finding her involves teaching the ghetto’s Nazi commander to play the violin. Written by Nicholas Tolkien, great-grandson of novelist J.R.R. Tolkien. — Opens Saturday, June 17, Peter Jay Sharp Theatre, 416 W. 42 St., 4th fl., (212) 279-4200, ticketcentral.com. (See interview with Nicholas Tolkien on page 3.)

Cited as one of the best plays of 2016 by The Times, “Indecent” follows the original cast of Sholem Asch’s “God of Vengeance,” who risked their careers to perform a risqué work at a time when art, freedom and truth were on trial. The work is playwright Paula Vogel’s Broadway debut. Rebecca Taichman directs. — Through Sept. 10, Cort Theatre, 138 W. 48th St.,telecharge.com.

The Jewish-American composer and singer is best known for writing the music and lyrics for Broadway musicals such as “The Full Monty” and “Women on the Verge of a Nervous Breakdown.” Accompanied by a live band, Yazbek, who also did the music for the stage adaptation of hit Israeli film “The Band’s Visit,” performs songs from his many albums and shows. The Times has hailed the show as “a thrill-ride at a volcano’s edge.” With special guest, multiple Tony Award-winner Michael Cerveris. — Monday, June 12, 7 p.m., 54 Bellow, 254 W 54th St., (646) 476-3551, 54below.com. $55-$85.

THE ISRAEL FILM CENTER FESTIVAL
JCC Manhattan’s 5th Annual Israel Film Center Festival showcases some of the most interesting new films to come out of Israel. Noteworthy highlights — all New York premieres — include Roee Florentin’s comedy-drama “Mr. Predictable,” where the world of mild-mannered “nice guy” Adi is rocked when he falls in love with “wild girl” Natalia (Friday, June 9, 6 p.m.), and Meni Yaish’s “Our Father,” which details the misadventures of a bouncer in a Tel Aviv night club who takes up working for the Israeli mob (Tuesday, June 13, 7 p.m.). Also: a special preview of the Holocaust documentary “Aida’s Secrets,” set to open in theaters in the fall. (Monday, June 12, 7 p.m.) — June 8-13, JCC Manhattan, 334 Amsterdam Ave., (646) 505-4444, jccmanhattan.org 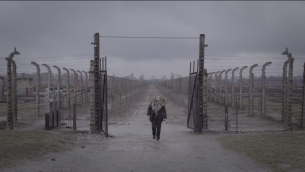 Written by Serena Dykman and David Breger and directed by Dykman, “Nana” documents the filmmaker’s journey with her mother Alice retracing their (grand)mother’s Auschwitz survival story, and investigating how her lifelong fight against intolerance can continue to be taught to the new generations, against the backdrop of current events. Part of the Lower East Side Film Festival. —Tuesday, June 13, Sunshine Cinema, 143 E. Houston St. (bet. First and Second avenues), lesfilmfestival.

When the women’s balcony in an Orthodox synagogue collapses, leaving the rabbi’s wife in a coma and the rabbi in shock, the congregation falls into crisis. Charismatic, young Rabbi David appears to be a savior after the accident, but slowly starts pushing his fundamentalist ways. This tests the women’s friendships and creates an almost Lysistrata-type rift between the community’s women and men. — Lincoln Plaza Cinema, 1886 Broadway, (212) 757-0359. For tickets and show times visit lincolnplazacinema.com.

Rama Burshtein’s (“Fill the Void”) oddball romantic comedy follows Michal (Noa Kooler), a 32-year-old Orthodox woman preparing for her much-anticipated wedding. When her fiancé abruptly decides to cancel their scheduled wedding, telling her, “I just don’t love you,” she decides that she will proceed without him. She hires a hall, plans a menu and sends out invitations. Now all she needs, with 22 days left before her chosen date, is a bridegroom. Kooler won an Ophir (the Israeli version of the Oscar) for her performance. — Quad Cinema, 34 W. 13th St., (212) 255-2243, quadcinema.com.

Based on a true story, this film by acclaimed Israeli director Avi Nesher tracks the voyage through Europe of two Israeli sisters, daughters of Holocaust survivors, who are bent on delving into a taboo topic: the mystery of how their father survived in Poland during World War II. Verity called the film “Profoundly moving… [Nesher’s] best film yet.” — Through June 15, Sunshine Cinema, 143 E. Houston St. (bet. First and Second avenues), landmarktheatres.com.

CITY OF GOLD, BRONZE AND LIGHT
In conjunction with the 50th anniversary of the Six-Day War and the reunification of Jerusalem, this new exhibition explores the tensions between imaginary and physical Jerusalem. Combining paintings, drawings, prints, photographs and other media, the exhibit juxtaposes visual and material characterizations of the Holy City from the 17th to 21st centuries with a series of Talmudic, prosaic and poetic passages. — Through July 30, Yeshiva University Museum, 15 W. 16th St., yumuseum.org. 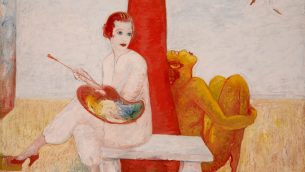