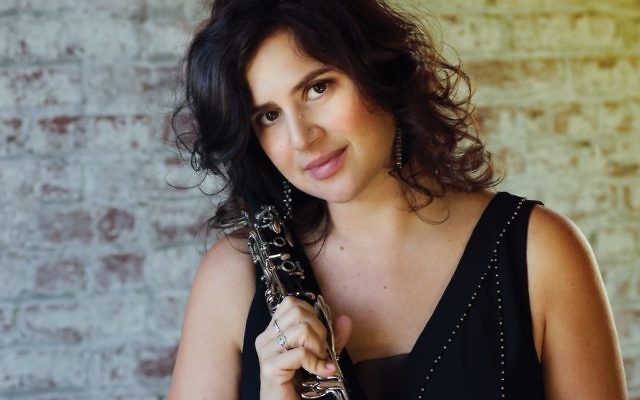 ANAT COHEN AT THE JAZZ STANDARD

She’s not exactly the Girl from Ipanema, but Anat Cohen, the Israeli-born clarinetist and saxophonist, has long been taken with Brazilian rhythms. A couple of years ago she inaugurated her Choro Aventuroso quartet (choro being a kind of New Orleans-jazz-meets-Brazil sound), and next week she teams with Trio Brasileiro (with bandolim and seven-string guitar) for a gig at the Jazz Standard. It marks the release of Cohen’s new CD on her own Anzic label, “Rosa Dos Ventos.”— Tuesday, May 16-Wednesday, May 17, Jazz Standard, 116 E. 27th St., jazzstandard.com.


Don't miss our top stories. Get The Jewish Week in your inbox. FREE SIGN UP

To mark Jerusalem Day (May 23), which commemorates the reunification of the city after the Six-Day War, the Zamir Choral Foundation features five centuries of music inspired by the holy city. Two world premieres are on tap: David Burger’s “Shab’chi Yerushalayim” (Praise Ye, Jerusalem) and Steve Cohen’s “Al Rosh Simchati” (Above my Chiefest Joy), a musical dialogue between Psalms 122 and 137. Randy Klein’s “Fanfare for Jerusalem” will receive a second hearing since its recent premiere at the Metropolitan Opera. And the Zamir Chorale, the high school choir HaZamir and Zamir Noded will perform under the direction of Maestro Matthew Lazar. — Sunday, May 21, 3 p.m., Jazz at Lincoln Center’s Frederick P. Rose Hall, 10 Columbus Circle,212-721-6500, www.jazz.org.

THE SUMMER OF AVIYA 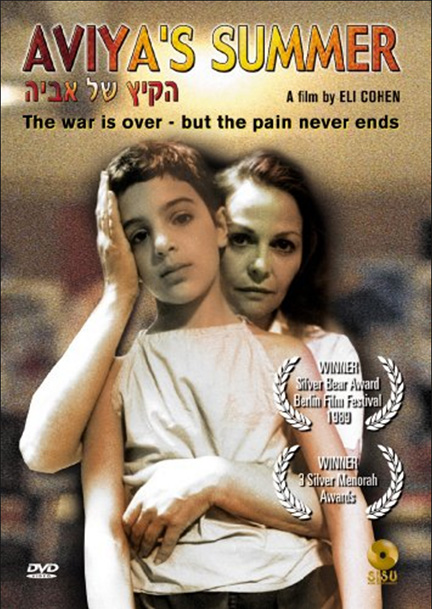 Israel Prize-winner Gila Almagor is perhaps the country’s best known and celebrated actress. One of her most important works is her 1985 autobiographical novel “The Summer Of Aviya,” which was made into an award-laden film. Set in the freshly minted Israel of 1951, it follows 10-year-old Aviya, who has spent most of her life in orphanages as her partisan mother fought the Nazis. Now, Aviya faces the prospect of returning to a home and woman she doesn’t really know, one who is balanced on the edge of madness and shunned by the locals. In two appearances next week, Almagor will appear in conversation with Dr. Eva Fogelman after a screening of the film, and she’ll perform a one-woman adaptation of the film. — Film/conversation, Wednesday, May 17, 7 p.m., free; show, Sunday, May 21, 4 p.m., Temple Emanu-El Streicker Center, One E. 65th St., (212) 507-9580, emanuelskirballnyc.org. $25

Cited as one of the best plays of 2016 by The Times, “Indecent” follows the original cast of Sholem Asch’s “God of Vengeance,” who risked their careers to perform a risqué work at a time when art, freedom and truth were on trial. Created by playwrights Paula Vogel and Rebecca Taichman, and directed by Taichman, the show “reminds us of the power of art to tell us truths long before we are able to recognize them as such,” says the L.A. Times. — Through Sept. 10, Cort Theatre, 138 W. 48th St., telecharge.com.

TWO BY TABORI
George Tabori, one of the most darkly satirical playwrights of the mid-to-late 20th century, is receiving a timely reappraisal. “Mein Kampf” imagines a young Adolf Hitler as a gawky art student kicking around dejectedly until he meets a Jewish Bible salesman who suggests he go into politics. “Jubilee” follows a neo-Nazi youth who goes about defacing Jewish headstones, until he’s visited by a Jewish family and a gay couple who find deliciously sinister ways to goad him to move on. — Through Sunday, May 21, Theater for the New City, 155 First Ave., 212/868-4444, taboriproject.org. $18.

One of 2016’s best-reviewed plays, J. T. Rogers’ “Oslo” is now on Broadway. A complex tale of political intrigue and back door negotiations, this darkly funny play centers on the months of talks between Israel and Palestine that led to the historic 1993 Oslo Peace Accords. Directed by Tony-winning Barlett Sher (“Fiddler on the Roof”). — Through June 18, Lincoln Center Theatre, 150 W. 65th St., (212) 375-3708, lct.org.

ORLY BENDAVID AND THE MONA DAHLS

Israeli-born, NY based Pianist Yaniv Taubenhouse, basist Rick Rosato and drummer Jerad Lippi perform excerpts from “Moments in Trio – Volume One,” the first in a series of contemporary jazz recordings by the trio, released on Fresh Sound Records on September 2015. Taubenhouse “possesses a rare gift as a musician and pianist,” said NPR, “the combination of virtuosity, curiosity along with the courage to use his art as a vehicle to bring his joy and pain to the surface.”— Monday, May 22, 8:30 p.m., Cornelia Street Café, 29 Cornelia St., (212) 989-9319, corneliastreetcafe.com. $10 cover plus $10 minimum.

When the women’s balcony in an Orthodox synagogue collapses, leaving the rabbi’s wife in a coma and the rabbi in shock, the congregation falls into crisis. Charismatic young Rabbi David appears to be a savior after the accident, but slowly starts pushing his fundamentalist ways. — Lincoln Plaza Cinema, 1886 Broadway, (212) 757-0359, lincolnplazacinema.com.

Rama Burshtein’s (“Fill the Void”) oddball romantic comedy follows Michal (Noa Kooler) a 32-year-old Orthodox woman preparing for her much-anticipated wedding. When her fiancé abruptly decides to cancel their scheduled wedding, telling her, “I just don’t love you,” she decides that she will proceed without him. Kooler won an Ophir (the Israeli version of the Oscar) for her performance. — Opens Friday, May 12, Lincoln Plaza Cinema, 1886 Broadway, (212) 757-0359. For tickets and show times visit lincolnplazacinema.com.

During Hitler’s anniversary speech on November 8, 1939, Georg Elser (Christian Friedel) is arrested on the Swiss border for possession of suspicious objects. Just minutes later, bomb explodes in the Munich Bürgerbräukeller, immediately behind the Führer’s lectern, killing eight people. Elser is held and cruelly questioned by the gestappo, and from them he learns that his attempt has failed – the man he wanted to kill in order to stop the bloodshed of World War II had 13 minutes before the explosion. – Opens Friday, May 17, Lincoln Plaza Cinema, 1886 Broadway, (212) 757-0359. For tickets and show times visit lincolnplazacinema.com.

STEFAN ZWEIG: FAREWELL TO EUROPE
Stefan Zweig was one of the most famous writers of his time, but as a Jewish intellectual he struggled to find the right stance towards the events in Nazi Germany. Driven to emigrate to South America at the peak of his worldwide fame, Zweig fell into despair at the sight of Europe’s downfall. This film explores what it means to be a refugee, and mechanisms behind the difficult decision to speak out or remain silent in the face of tyranny. – Opens Friday, May 17, Lincoln Plaza Cinema, 1886 Broadway, (212) 757-0359. For tickets and show times visit lincolnplazacinema.com.

Tal Recanati, an American Jewish filmmaker, visited Germany and took a tour entitled “Jewish Berlin”; She was astonished to find that the Germans had dug so deeply and thoughtfully into their past, and that in the 70 years since the Holocaust, there was a growing vibrant Jewish community. Through personal stories from Germans, German-Jews, American-Jews and Israelis, Germans and Jews explores Germany’s transformation as a society. – Sunday, May 21, 7:30 p.m., Leonard Nimoy Thalia at Symphony Space, 2537 Broadway at 95th St., (212) 864-5400, symphonyspace.org. $25.

MEMOIRS OF A REFORMED AMERICAN SKINHEAD
Author Christian Picciolini, son of hard-working Italian immigrants, describes his transformation from a lonely 14-year-old boy to the 16-year-old leader of the Chicago Area Skinheads — and his subsequent escape from the movement six years later. With Abraham Foxman.  — Wednesday, May 24, 7 p.m., Museum of Jewish Heritage, 36 Battery Place, mjhnyc.org. $15 general/$12 member. 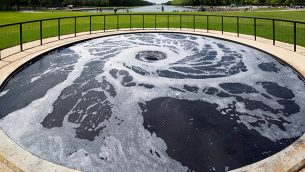 FLORINE STETTHEIMER: PAINTING POETRY
Through her critically acclaimed poems, paintings and drawings, as well as a selection of costume and theater designs, photographs and ephemera, the Jewish Museum will offer a timely reconsideration of poet/painter Florine Stettheimer, an icon of Jazz Age New York. – Through Sept. 24, The Jewish Museum, 1109 Fifth Ave., (212) 423-3200, thejewishmuseum.org.