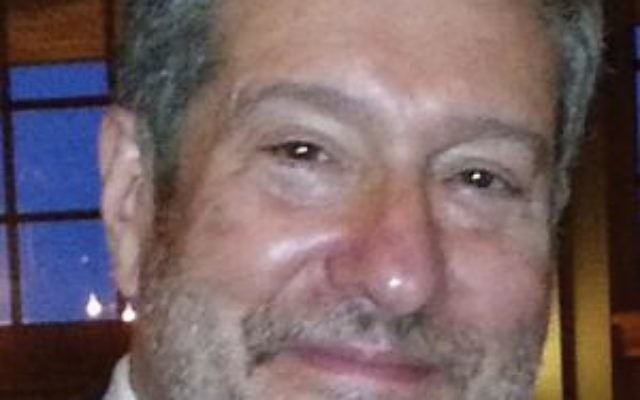 It is hard to believe that 20 years have gone by since that awful day in 1995 when, sitting in a car dealership waiting to fill out papers for our family’s new minivan, my wife grimly walked in to inform me of the news bulletin reporting Yitzhak Rabin’s assassination.  After the initial shock and disbelief, which came like a blow to my solar plexus, I cried off and on for the next 24 hours.

My tears were not only for the loss of a special human being, but, with regrettable prescience, I already was mourning the loss of an historic opportunity for Israel to achieve peace with the Palestinians and its other Arab neighbors. Deep down in my gut, I felt only someone with the impeccable security credentials of a Rabin could effectively shepherd Israel through the enormous challenges that lay ahead.

In the ensuing days, as I tried to make sense of the tragedy, my thoughts drifted back to a visit the leaders of the Jewish Council for Public Affairs (JCPA) and I had made to Rabin in his Tel Aviv office only a few days before the assassination. Little did we know at the time that this would be his last meeting with an American Jewish organization.

We arrived at the Prime Minister’s office almost an hour late, and Rabin told us he would have to cut the meeting short because Shabbat was approaching. Yet he spent over an hour with us. We talked about the peace process and the strident opposition to it in Israel and within a significant segment of the Jewish community. (JCPA strongly supported the Oslo Accords, and organized — with the endorsement of AIPAC and Conference of Presidents — the National Peace Process Advocacy Day in Washington, D.C. in December, 1995). We asked him whether he harbored any regrets or reservations about Oslo. In his measured speech pattern, a relaxed Rabin expressed complete confidence that the course he was on would be in the long-term interest of Israel and the Jewish people.  Israel, he explained, needed to seek peace with the Arabs in close proximity — the Palestinians, Jordan, Syria and Lebanon — so that more attention could be focused on what he regarded as a genuine existential threat, namely, the growing power of Iran armed with both conventional and non-conventional weapons.

In the somber period following the assassination, I also kept thinking about a day just over two years earlier, September 13, 1993, a day full of hope in Washington, DC, when Rabin, his peace partner Shimon Peres and President Clinton stood side-by-side on the White House lawn with Yasir Arafat, leader of the Palestinian national movement.  By then, I already had devoted many years of my adult life to countering anti-Israel propaganda and encouraging the U.S. government to help Israel meet its foreign policy and security challenges.  Were we ushering in a new era in which the American Jewish community could at long last set aside its advocacy responsibilities and pivot to Israeli internal issues, such as religious pluralism?  We all hoped this would be the case.

And I couldn’t help but remember that surreal fall day in 1994 when, along with my JCPA colleagues, I sat nervously in Arafat’s office in Gaza City, waiting for him to emerge, aware that I was about to shake the hand of someone I and many of my generation came to regard as an arch villain, Haman incarnate.  As I grasped his extended hand, I kept thinking to myself… if Rabin can do it, so can I.

Today I look back at the early part of my career at the JCPA. The first intifada erupted in December 1987 several months after I joined the organization as its lead Israel professional.  It was a difficult and painful time, with the Jewish community deeply divided over Israel’s response to the violence. Representing a consensus-driven umbrella body, I was tasked with developing a position paper laying out both areas of agreement and disagreement.  While there were multiple points of view on a number of issues, as a community we stood unified in our opposition to the creation of an independent Palestinian state as detrimental to Israel’s fundamental security.  The following summer, the organized Jewish community pulled out all stops to prevent Jesse Jackson’s delegates from successfully including a plank in the Democratic Party platform that called for “mutual recognition, territorial compromise, and self-determination for both Israelis and Palestinians.”  Even though the Oslo Accords did not guarantee a Palestinian state, we all understood this would be the inevitable result of negotiations.

In recent days media outlets have been filled with thoughtful analyses of what might have been had Yigal Amir failed in his mission.  Obviously, no one can know what might have been. But what Rabin definitely achieved — with his courage and vision — was to reverse the longstanding conventional wisdom about Palestinian self-determination. He grasped in 1993– and it is as true today as it was back then — that eventually relinquishing control over millions of Palestinians in Gaza and the West Bank should not be seen as a magnanimous gift to them, but rather as a Zionist imperative if Israel is to remain both a democracy and nation state of the Jewish people.

Martin J. Raffel is former senior vice president of the Jewish Council for Public Affairs and currently serves as an advisor to the Israel Policy Forum.