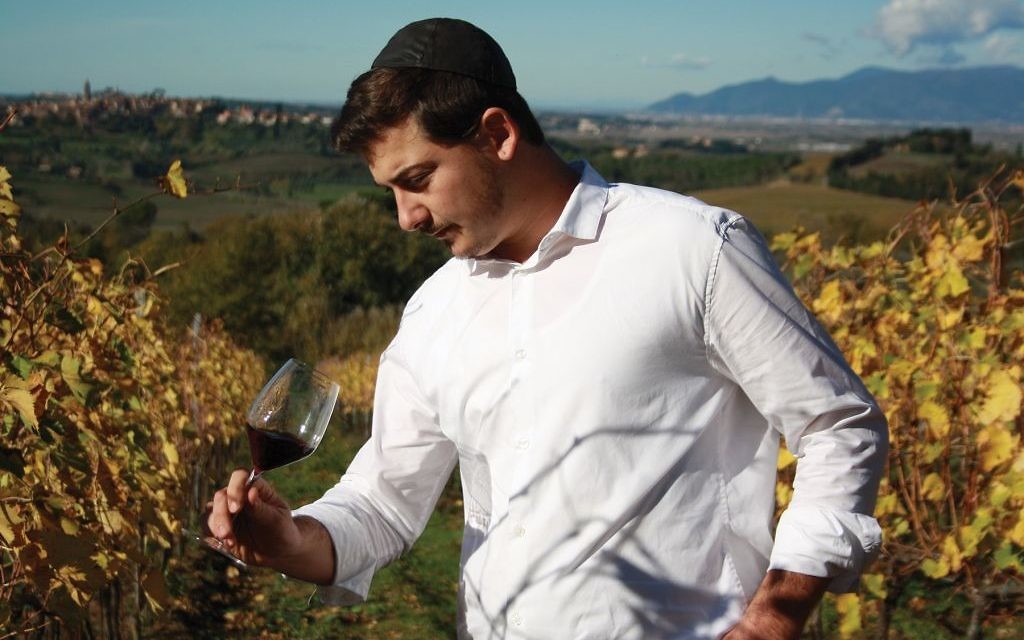 Ever wonder what winemakers drink when they’re not drinking their own wines? To find out, The Jewish Week reached out to a cross-section of kosher winemakers. It’s no surprise that they are as deliberative, thoughtful and sensible about their alternative beverage selections as they are about the wines they produce. Here are some selections from our conversations, edited for length and clarity.

“My drinking habits during the day are pretty repetitive. I wake up and make a quadruple espresso macchiato. During the season, when I’m in the vineyards [for] hours every day, I have cold sparkling water with me at all times. Our Soda Stream is heavily worked.

“At the winery, I go through a lot of tea during the day. I alternate between two different kinds of Japanese green tea: genmaicha (my favorite) and sencha. 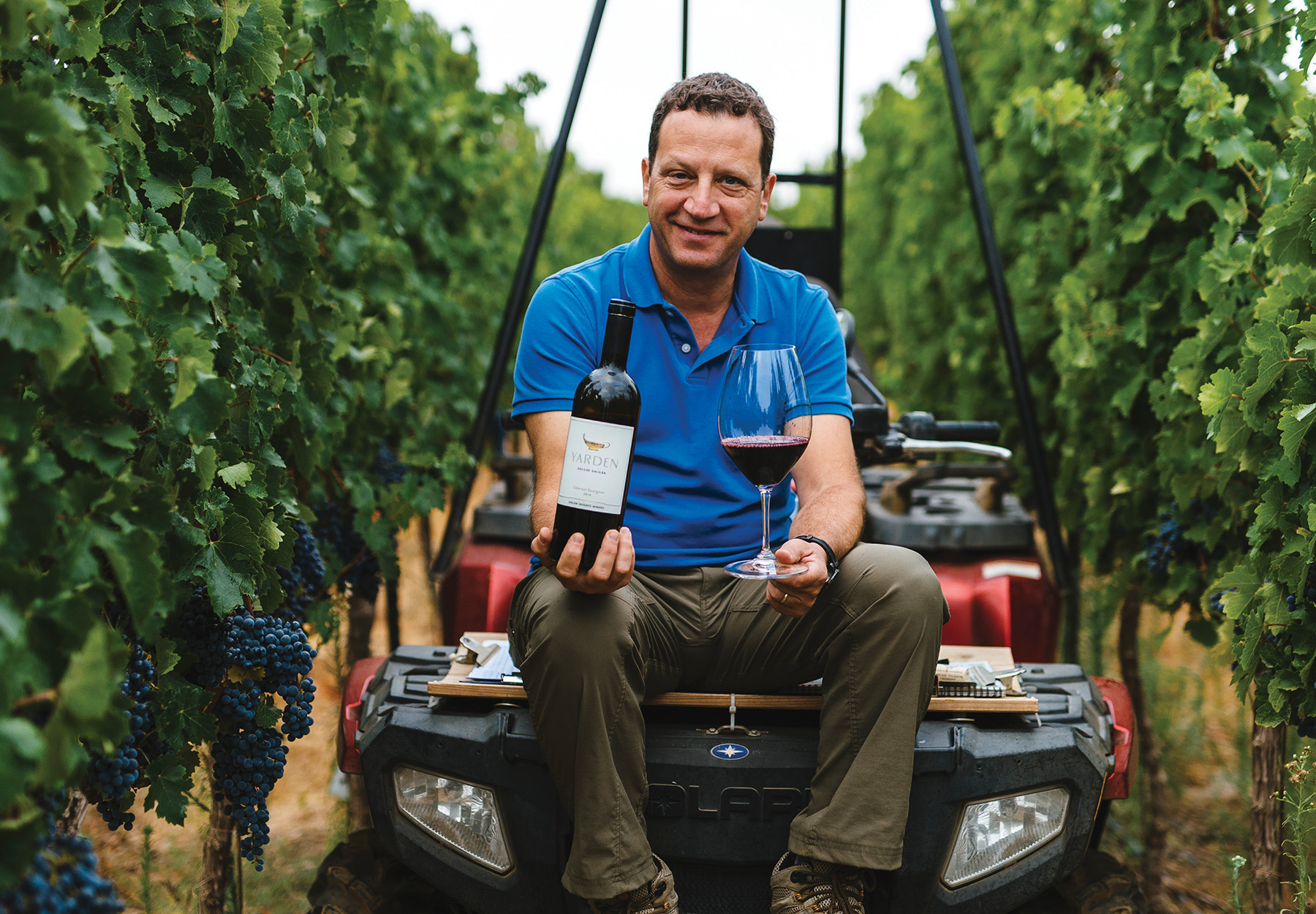 “In the evening, in addition to sparkling water, I generally will have wine or beer. In addition, I like spirits. My preferred spirit is Scotch, both more and less peaty ones, but I like high-quality spirits in general.  When we have guests over, I’ll often make a welcome cocktail of some sorts (usually improvised at the time of making).

“Regarding wine, we mostly drink ours, often aged bottles, but not only.  We have a room dedicated to wine with a decent selection of appellations and vintages from around the world.”

“This probably won’t come as any great surprise, but we don’t really drink a lot of wine other than ours. When we’re not drinking our own wine, we’re drinking a lot of beer, and a lot of coffee. 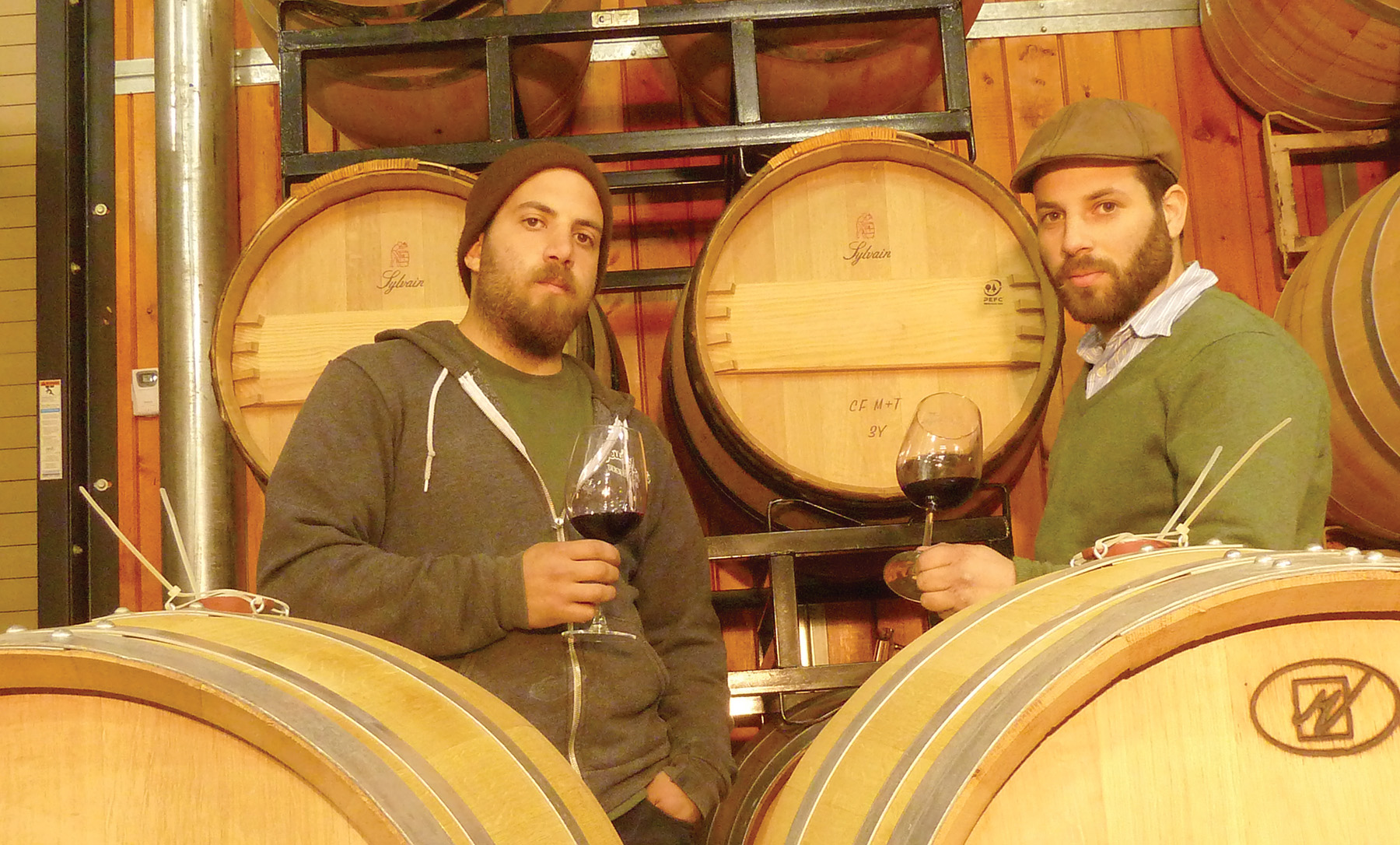 “In fact, whenever we are working on wine — like during a harvest, or even during the rest of the year, or when we have projects going on at the winery — when we finally sit down for lunch, I feel like we’re reaching for beer much more than we’re reaching for wine.

“There’s a saying in California that ‘it takes a lot of beer to make great wine.’ It’s so true! Everyone is just drinking beer throughout the harvest — drinking beer, trading beer, giving it away. … Somebody does you a favor during this period, you repay them with a case of beer. We have friends with their own brewery — Long Beach Beer Lab; Levi Fried is the brewer, his wife Harmony Sage is the baker — who just supply us with our own kegs; so, we always have little kegs of beer at the winery. They make terrific craft beers!

“As for the coffee, we are both definitely ‘morning coffee’ addicts — the day doesn’t start until we’ve had our coffee, but the coffees available here are really great too. We, especially [my brother] Gabe, take our coffee very seriously.

“After a long day of harvest, though, when we finally sit down to eat at night, for dinner, we probably open a bottle of wine more often than beer. If we’ve more time for leisure and fun, we’ll pull out the Scotch and cigars too! But that’s just, like, extra credit, if we’re lucky.

“Hydration, of course, is a separate issue. That’s always a challenge!” 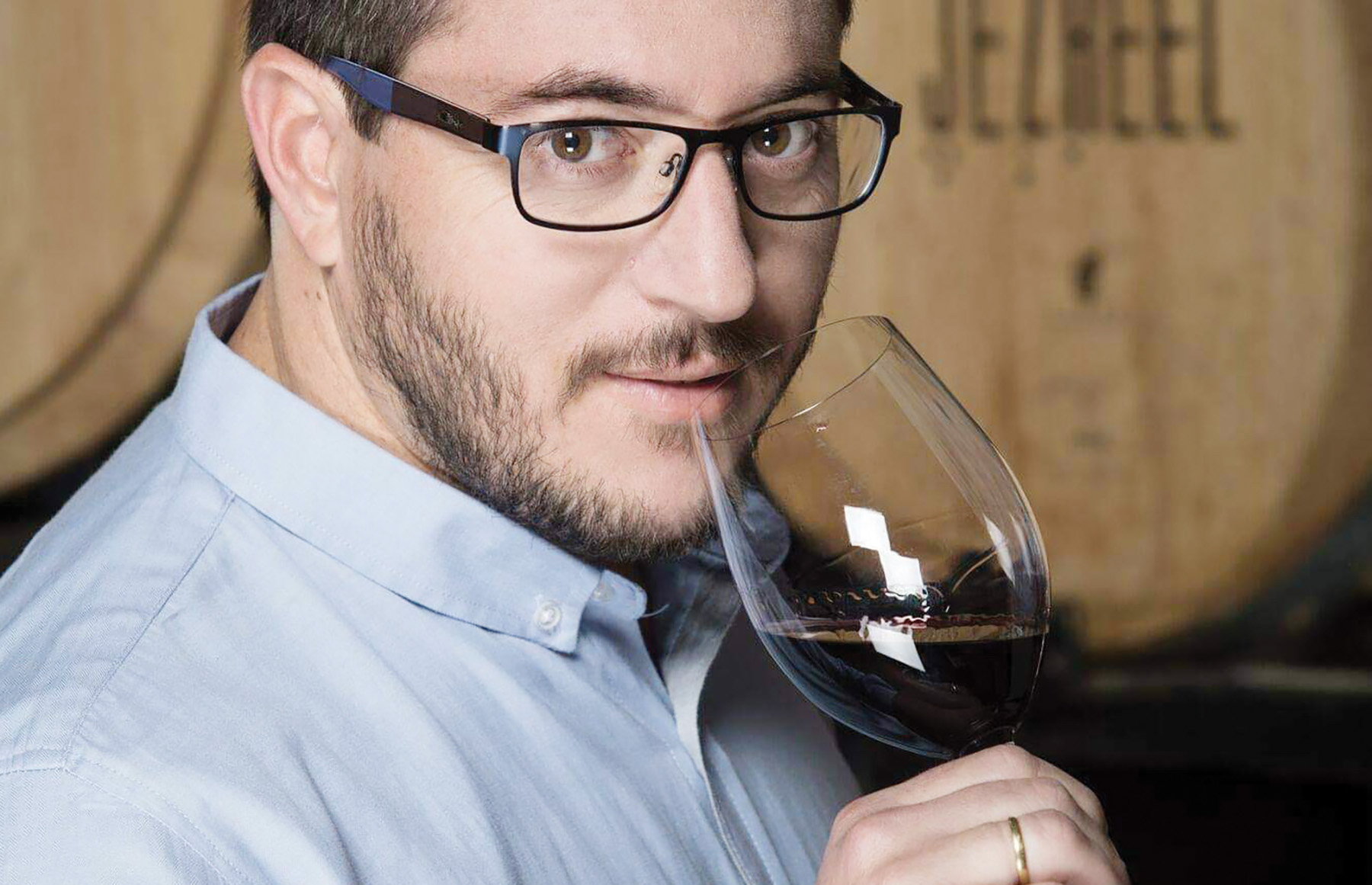 “I really do tend to drink my wines, but putting that aside, lately I’ve been turning to Pét-Nat [Pétillant Naturel, a wine that is bottled prior to fully completing its first fermentation, allowing carbon dioxide to be produced by the natural sugars found in the grapes, creating a light, fizzy wine that is typically very lively, fresh bordering on raw, and altogether rustic]. I started making them too, but I often turn to Pét-Nats from other wineries.

“My current favorite is the Onward Pét-Nat Malvasia from California [Onward Wines, Pétillant Naturel, Malvasia Bianca, Capp Inn Ranch, Suisun Valley, Calif.; this is not a kosher certified wine or winery]. The Onward Pét-Nat is actually the first one I ever tasted, and it conquered me, and I just find that I keep going back to it. After I tasted it that first time, I got so excited about it that we began making our own [at Jezreel]. So far as I know, ours is still the only Pét-Nat in Israel [and still the only kosher Pét-Nat available anywhere]. We keep experimenting and playing with it and we are releasing new Pét-Nats this year, and plan to do more in the future.

“There is just something I find really exciting about these wines; there is always something surprising in Pét-Nat; something ‘unknown’ about each bottle because the winemaker has no real control. The wine is bottled while it’s still fermenting, and there is no added sulfite or added yeast. The fermentation itself is not controlled, so the end result is not controlled. It’s a surprise every time, again and again. There are no rules; it’s less orthodox than regular winemaking, it’s just very cool; something to play with. … It’s great fun.” 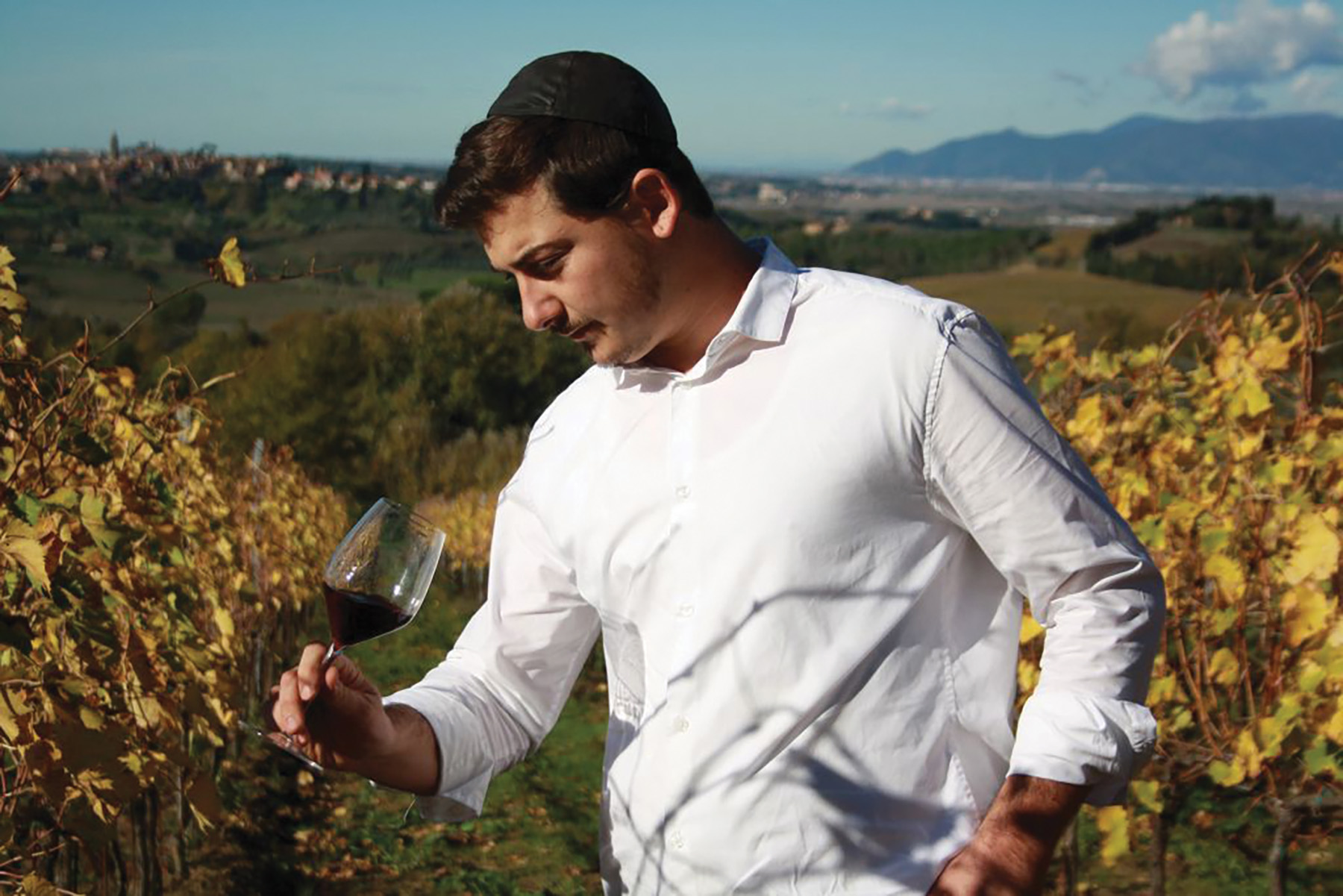 “I obviously drink lots of wine — mostly my own for obvious reasons — but I’ve been drinking a lot of [kosher] French Bordeaux, [kosher] port, and California cab (mostly Herzog). Now apart from this, I love beer and whisky. The hoppier the beer the better, although I’m slowly discovering the world of stouts/porters, and I’m loving it. I’m not so much into lager and pilsners. I love English and American beers, not so much the Belgian (apart from Lambic and Gueuze) or German beers.

“In terms of whisky, for me it’s mostly Islay [Scotch whisky] I go to; I drink a lot of it and I love it. Ardbeg is a big favorite. I’m also discovering Calvados because I went on a trip to Normandy this year. It’s really something! Though it’s not as complex and refined as whisky, I feel. Because we live in Strasbourg half the year, schnapps is really big here; so with friends for Shabbos or at the beit hamidrash it’s schnapps all the way, after the meal. Raspberry and mirabelle (yellow plums) are my favorite. Because I do need to balance things out, I also drink water sometimes. And coffee obviously, but it’s just because I have to. I never, never, never drink soda … that’s just bad taste.” 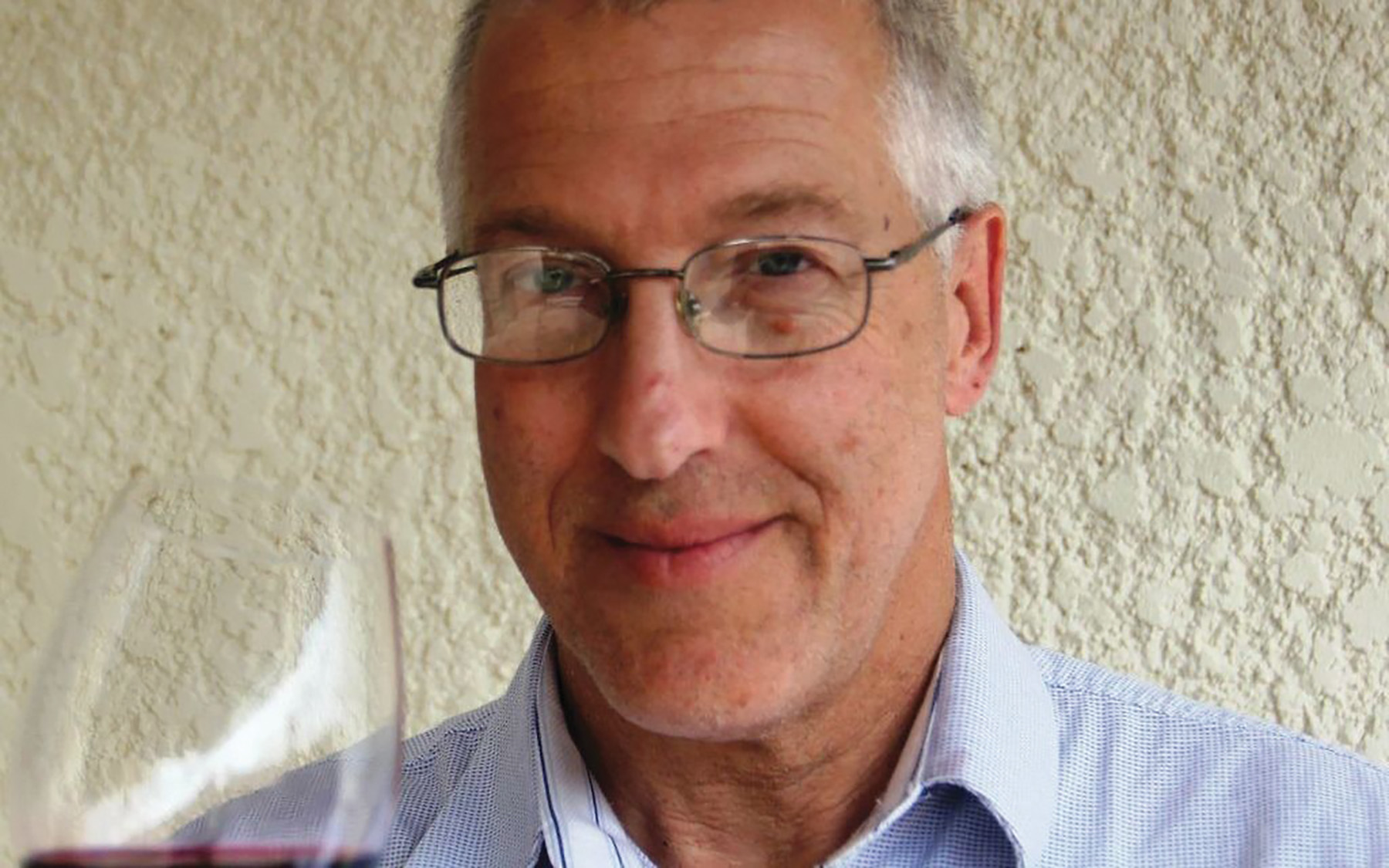 “I recently enjoyed a 2015 Hagafen Cabernet Franc made by Ernie Weir in Napa. It was just coming into its own; really very nice! His wines are mevushal, but you just don’t feel the cooking effect at all on his wines. I don’t know how he manages that. His wines are very good — I don’t think I’ve ever had a wine from Ernie that I didn’t like. I’ve also recently enjoyed the G’vaot Wines from Dr. Shivi Drori in the Shomron — some really lovely wines! There are lots of really good Israeli wines … but I mostly drink wines I’ve made or have been involved with.”

“I drink beer regularly and IPA is my preferred brew because they are, so to speak, dry, or even bitter; they’re not sweet. They also work well with a lot of different foods. 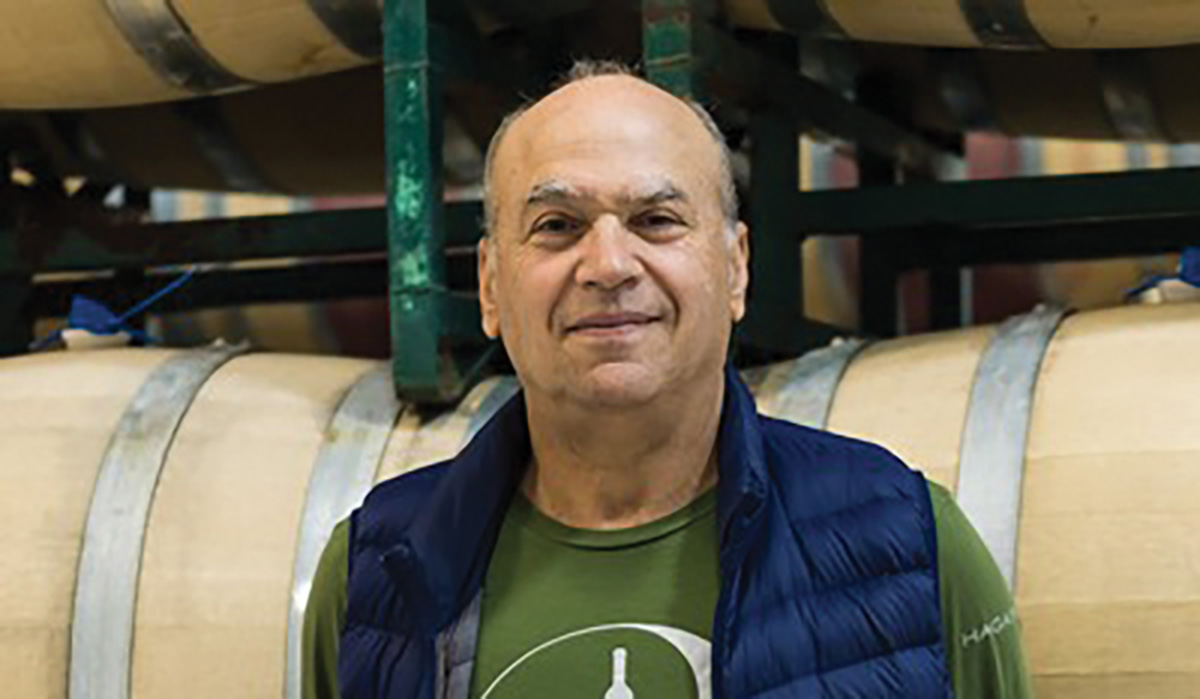 “There are periods where I’m reaching for beer more than wine on a daily basis, but there are plenty of periods where it’s not daily. Beer is cold and effervescent — I don’t drink sodas, but I imagine that’s why a lot of people drink sodas. It was Benjamin Franklin, I think, who is widely supposed to have said, ‘Beer is proof that God loves us and wants us to be happy,’ or something like that. … As the saying here goes, ‘It takes a lot of beer to make fine wine.’ Sometimes at the end of the day, you sit around with the crew and you drink a beer together. It’s nice camaraderie too.