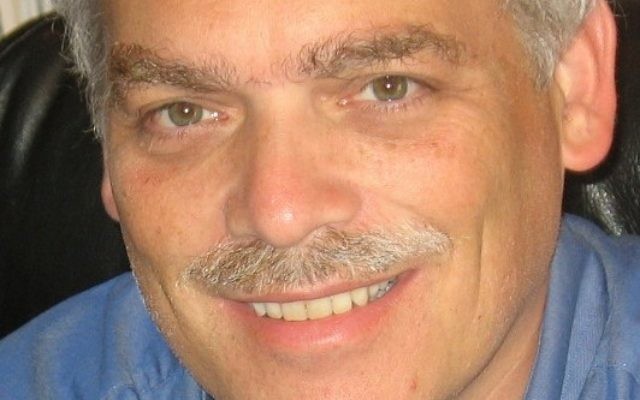 Back in my lithe teenage years, I used to Israeli dance with the best of them – that is, whenever I wasn’t nursing a sprained ankle caused by my congenital flat-footedness.  OK, I admit it; while I thought I was pretty good, I reminded people less of Rudolph Nureyev than those dancing hippopotami in “Fantasia.”  In fact, it was my stirring rendition of a gushing water sprinkler in Hora Mamtera that convinced the Israeli government to go all-in for drip irrigation.  But I loved Israeli dance nonetheless.

One of my favorite moves was the Yemenite step, imported to Israel by those immigrants of the fabled Operation Magic Carpet, which in 1949 brought 45,000 of 46,000 Yemenite Jews to a place that they had only dared to dream about before, a Jewish homeland in the Land of Israel.  Whenever I heard the dance leader shout, “Yemenite left,” I know it was time to shuffle my feet leftward in three short, zigzagging steps, preferably with my head bobbing and a no-care-in-the-world Sallah Shabbati smile. I loved that step because it reinforced the exotic diversity of my Jewish family.

In late March, while the world was preoccupied with terrorism and all things Trump, my Jewish family became a little less exotic and a little less diverse, as the last of Yemen’s Jews arrived in Israel.  According to the Jewish Agency, 200 Yemenite Jews have made aliyah since civil war began ravaging their country, resulting in an increase in anti-Semitism. In a covert operation run by the Jewish Agency with State Department assistance, the last 17 who will be leaving that storied Diaspora community arrived in Israel just before Purim.  “Yemenite left,” indeed.  About 50 Jews, primarily the elderly, have chosen to remain behind, but for all intents and purposes, the Yemenite diaspora is over.

The Yemenite step was choreographed to be danced quickly on the hot sand, a perfect metaphor for Jews and the diaspora.  While Hindus, who have never faced exile from their homeland, have mastered the art of walking serenely on a bed of scalding coals, Jews, who have continent-hopped for millennia, recoil erratically in our dance steps, like Woody Allen eluding a lobster or Natan Sharansky zigzagging to freedom across the bridge in Berlin.  Wherever we’ve been, we’ve developed new moves, new survival strategies to help us sidestep disaster.

Theodore Herzl saw the inherent flaws of the exilic two-step and Jewish communities have been dancing their way back to Israel ever since.  But now, one wonders, if all that’s left of Yemeni Jewry is just a caricature of what once was, some liturgical music, a trove of recipes and a head-bobbing dance step, what have we lost?

As documented in the recent film “Racing Extinction,” the earth faces a biodiversity crisis of unprecedented proportions, with climate change and other factors threatening to destroy potentially half of all species. Diaspora Jewish communities are also facing a rapid rate of extinction. Jewish communities across the globe are rapidly vanishing, from Ethiopia to India, from South America to parts of the American South.  The list of Jewish communities lost in the Holocaust alone is staggering.  We focus correctly on the loss of six million individual lives; but estimates show that up to 37,000 irreplaceable shtetls and towns were also lost.

Now, given the upsurge of terrorism and anti-Semitism, European aliyah is sure to intensify and more Jewish communities will subsequently vanish.  This is not a phenomenon to be cheered.

Doubtless there are demographic advantages for Israel to be absorbing more Jews, though no one should consider aliyah to be a panacea that can preserve Israel as a Jewish democracy.  Remember when a million Jews from the former Soviet Union were supposed to ensure demographic domination?   Didn’t happen.

Last year in Paris, Prime Minister Netanyahu’s call for French Jewry to abandon their patrie and make aliyah en masse was as mistaken as it was ill timed.  The trade-off:  a majestic, age-old diaspora community is gone, home to Rashi, Camille Pissarro and Simone Weil, and yes, Marcel Marceau; but patisseries proliferate in Netanya. That’s not an even trade.  Israel could always use more Jews, but what the Jewish world needs is more Jewrys: more diversity, more richness, more cultural connections, more interaction with other cultures and yes, more assimilation, not less.

We need to develop more Yemenite steps to navigate the scalding stone paths of an increasingly dangerous and integrated world, so that we can teach others how to stay in step with us: how to remain hopeful amidst the hurt, how to love among the haters and how to smile, sway and keep head-bobbing no matter what.

And for that, we need a thriving Diaspora.

The Diaspora Museum (Bet Hatfutzot) in Tel Aviv has recently been redefining its mission.  Previously, the indelible message of the permanent exhibit was that the diaspora was a failed, though once glorious enterprise and that Jewish identity can survive only on Israeli soil.  That has now changed.  According to the museum’s website, the new core exhibit, set to open in 2018, “will celebrate the multiculturalism of Jewish diversity and adopt an inclusive, pluralistic approach,” with the goal of telling “the ongoing and extraordinary story of the Jewish people.”

The key word there is “ongoing.”  For the global Jewish story to remain “ongoing,” the diaspora can’t become a dinosaur.

This week, a Jewish community that has existed since Solomon met Sheba, is no more.  Though we are happy that our Yemenite brothers and sisters were rescued and are safe, there should be little joy at this turn of events.

Rather than celebrating the end of Jewish Yemen, we should be looking for ways to strengthen other Jewish communities, in France, in Belgium and beyond.

Even here, in America.