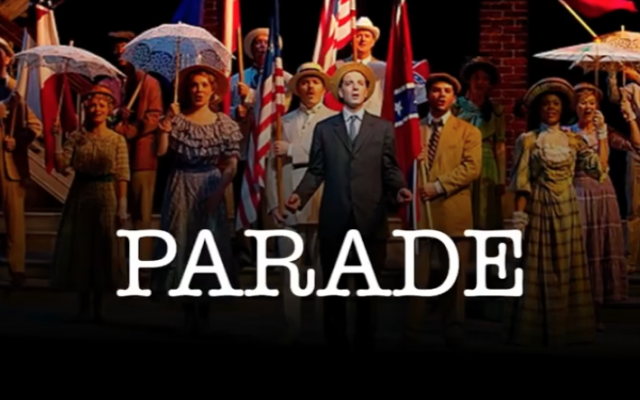 Throughout my life, I have used the arts as an outlet to create social change. For me, performing arts is not only a mode of expression; as a young adult, I recognize the stage as a symbol of responsibility, an embodiment of the obligation that each actor carries to honor all stories: beautiful, humorous, and disturbing alike. 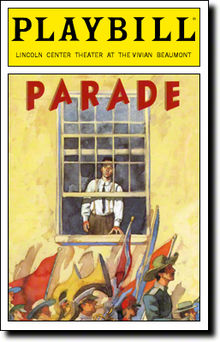 At the beginning of this school year, the performing arts department called its annual meeting to announce the musical. Upon entering the theater, I could feel the uneasiness in the room. Girls paced back and forth, the teachers huddled around the computer reviewing their presentation and the rest of us tried to entertain ourselves with aimless gazes around the room and small talk. Soon enough, the faculty relayed the name of the school musical: “Parade.” As none of us knew the show, the directors began to explain the plot.

The musical recounts the true story of Leo Frank, a quiet Jew from Atlanta who, in 1913, was accused and wrongly convicted of the rape and murder of a little girl, Mary Phagan, who worked at his factory. Initially, Frank was sentenced to death, but after the Jewish community gets involved, Frank’s sentence was changed to life imprisonment. However, while he was in prison, a group of angry men broke into the cell and abducted Frank, transporting him to Marietta, Georgia, Mary Phagan’s hometown, where he was lynched publicly. This disturbing end is not actually in the show, but the parts of the story that are included in “Parade” underscore the dangers of mob mentality, overpowering media and anti-Semitism.

Following the announcement, many of the students protested. Some of the girls expressed concern that the musical featured women giving a false testimony in court. In the context of the #MeToo movement, certain students worried that this part of the storyline would provide a platform for individuals who insist that women who come forward in court are always dishonest. Some of my peers genuinely felt perturbed by this element of the production, but what disturbed me was that others, when they were not in the presence of the faculty, stressed that the real reason they did not support the musical was because they did not like the style of the music and wanted to do a “fun” show. I also wrestled with the content of the musical, but after hours of research into the lives of Leo Frank and his wife, Lucille, I felt a moral and Jewish obligation to honor this story and the memories of Frank, Lucille and Mary Phagan. However, I was in the minority; more and more students boycotted the project, and following a discussion on the subject matter, the department announced that they had decided to fulfill these requests and change the show to an upbeat, rock musical. 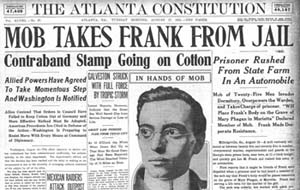 The Atlanta Constitution printing the announcement of the kidnapping of Leo Frank. Wikimedia

This choice has not rested well with my conscience. While I understand that the department had to make a decision to move forward, I cannot help but question this debate over “Parade.” In my eyes, this musical provided our school, a Jewish community, with a rare opportunity to use our shared passion for theatre and a collective identity to create meaningful, relevant discussions. Of course, each of us has our limits, but if we cannot learn to wrestle with ourselves, how can we grow? Doing a musical is not always about finding comfort in the storyline or having a good time; sometimes it is more powerful to be forced to face your discomfort. We can avoid discussing issues like anti-Semitism, but if we, young Jews in a safe space where we can grapple with these topics without consequences, will not tell the story of Leo Frank, who will? I feel it is wrong to brush this historical account under the rug simply because it does not leave us humming a catchy tune or laughing over a funny costume. The truth of the matter is that this man lost his life because he was a Jew; anti-Semitism was very real then, and it is still very real now. While it may be comforting to convince ourselves that we can escape it, it is a reality that we have to learn to grapple with and should hope to change.

We can avoid discussing issues like anti-Semitism, but if we, young Jews in a safe space where we can grapple with these topics without consequences, will not tell the story of Leo Frank, who will?

A few weeks ago, 11 Jews lost their lives in the shooting at the Tree of Life synagogue in Pittsburgh. These individuals, like Frank, were targeted and killed because of their identity. As high school students, we cannot rid this world of all the hatred that exists within it. However, we can make the most of our own voices; we can speak for those who cannot, and we can use the contexts that move us, such as the performing arts, to create social change. Jewish law teaches that we are all responsible for one another, and I feel that I am responsible for Frank’s story as well as the other stories that are at the core of “Parade.” Even though I will sadly not be able to pursue my passion for performing arts this year, I will not give up on this mission to speak up.

As Lucille sings in her solo “Do It Alone:” “I could be a quiet little girl… and swallow all I feel… or I could start to scream… and never shut my mouth until they understand.” If we do not feel comfortable to create social change on a large scale, we can at least start by criticizing small-minded perspectives, refusing to believe unjust portrayals in the media and reaching out to those who are different from us with an open mind. It is our responsibility to take action in the face of injustice; even if we end up standing alone, we should stand tall knowing we fought for ourselves and for all those who did not live to stand with us.