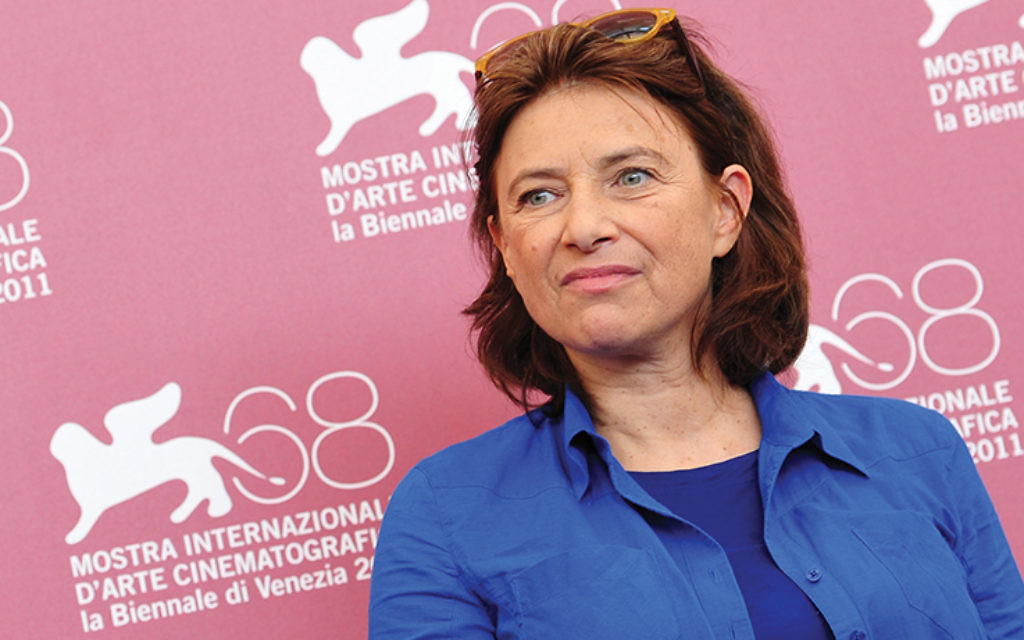 In one of his finest poems, “Of Poor B.B.,” Bertolt Brecht suggests that eventually all that will remain of our cities and our presence in them is the wind that blows through them. It is hard, watching the opening shot of Chantal Akerman’s last film, “No Home Movie,” not to think of that prediction. The film opens with a very long take of a small tree standing up against a loud and stiff wind in a desolate desertscape.

A few days before the film was scheduled to make its American debut at this year’s New York Film Festival, Akerman apparently committed suicide. Sources suggest that she had been struggling even more than usual with depression and, given the subject matter of the new film, her beloved mother’s declining health and eventual death, the grueling round of the film festival circuit can’t have been much help.

It would be offensive and inaccurate to say that “No Home Movie” is a two-hour-long suicide note. The film has many frankly dark moments, both emotional and literal. It seems designed to amplify any viewer anxiety with startling chromatic cuts that take us from an almost completely dark interior to one blindingly over-lit, many long, silent takes of the interior of her mother’s home, and shots of mostly empty public spaces that seem calculated to underline the double meaning of the movie’s title.

Akerman, as she does in her seminal 1975 film “Jeanne Dielman, 23, Quai du Commerce, 1080 Bruxelles,” alternates the most banal details of daily life with an unstated but palpable sense of anxious despair. As she explains to her mother’s Spanish home-care attendant towards the end of the film, her mother was an Auschwitz survivor, “That’s why [she] is like that.”

Of course, the reality of her family history has always weighed heavily on Akerman’s cinema. When I interviewed her several years ago, she recalled seeing the number tattooed on her mother’s arm. It was, she intimated, etched as indelibly in her subconscious as it was on her mother’s skin, and that number and all it meant has been a deeply buried reality in Akerman’s films, even in movies that never mention Jews or the Shoah.

“My grandparents on my mother’s side died in Auschwitz, and my mother [was there] also,” Akerman said. “To have a mother who was in the camps, like my mother, made my life a different life from other children’s. She never wanted to talk about that. Every year she would have a nervous breakdown. I was like an older child; a lot of kids from the second generation are like that.”

Her father, too, was a survivor, but the silence about the experience came from both parents, as well as her aunts and family friends.

“It’s so subdued, because no one wrote about it (or talked about it),” she said. “There was the number [on her arm] but she didn’t want to say anything about it. A lot of her friends had been there, and my aunts, too, so I was surrounded by people who went to the camps. It’s crazy for a child.”

Not surprisingly, then, when the subject does come up, usually rather obliquely, in “No Home Movie,” it is discussed sparingly, as matter-of-factly as the mother-daughter conversation about the decision to cook the potatoes without their skins. There are also glancing references to her father’s decision to break with the family’s Orthodox past when his own father died, including his abruptly pulling Chantal out of the Jewish day school where she was excelling. (That decision was punctuated by his memorably cutting remark, “If you’re top of the class, it can’t be much of a school.”)

“No Home Movie” is probably not the best film with which to introduce someone to Akerman’s splendid oeuvre. The film is frustrating by design with its deliberate focus on emptiness of all kinds, and parsimonious with the kind of information that might explain its obsessive quality. At the same time, it is impossible to watch the film without thinking of Akerman’s suspected subsequent act. There are moments of great power and satisfaction, and the affection Akerman felt for her mother is communicated throughout. But one flinches when the filmmaker tells her mother of her good mood and adds, “Let’s enjoy it, it’s not that common.”

In one of those sad little ironies that crop up from time to time, the Museum of Modern Art’s excellent annual film preservation program will this year feature a completely refurbished print of “Jeanne Dielman” as well as two other early Akerman films, “Je tu il elle” (I You He She) and the short “Saute ma ville.” (Blow Up My Town) (The program begins Nov. 4, and includes many other delights, including some long-unseen Orson Welles. For information, go to moma.org.)

Perhaps that is the best reply to Brecht, and one he would have appreciated. What will remain of us? Not just the wind, but our works, too.