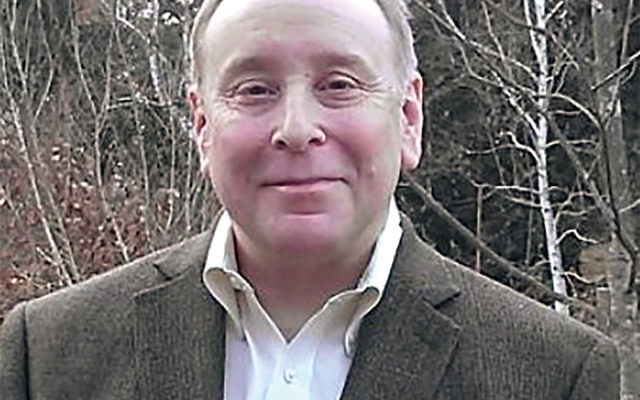 Days after President Trump’s recent visit to the Middle East, liberal Israelis turned out for a demonstration in Rabin Square. The numbers were a small fraction of the huge crowds that have rallied on that spot. But the 15,000 that gathered to protest against “50 years of occupation” were nonetheless hopeful about another try at a two-state solution. They had been encouraged by Trump’s interest in forging what he calls the “ultimate deal” to think that the moribund peace process might be revived.

But the most noteworthy words spoken at the event were not uttered by any of the usual suspects from Israel’s marginalized left-wing parties. Rather, it was the message sent from Palestinian Authority leader Mahmoud Abbas. Abbas expressed support for a two-state solution based on the 1967 lines and insisted that he had recognized Israel. He said he was “still extending our hand in peace.”

That was enough to engender applause from those in attendance and an appreciative editorial from Haaretz. The newspaper called on Prime Minister Netanyahu to immediately begin talks with Abbas and to cease harping on what it considered irrelevant conditions like Palestinian recognition of the legitimacy of a Jewish state and ending payments to terrorists.

But for most Israelis these are not minor points. Moreover, Abbas might have already compromised his relationship with Trump because he chose to lie about paying terrorists and promoting hatred of Jews and Israel in his official media and schools during their first meeting in the White House. Reports about their second encounter in Bethlehem say Trump accused Abbas of deceiving him on these points. So while Netanyahu and Abbas are engaged in a dangerous game of chicken in which both hope the other jumps first and blows up Trump’s naïve hopes of brokering peace, the terrorist payments may end a new round of talks even before they begin.

Just a couple of days after the hopeful rally in Tel Aviv, the Knesset heard testimony about the issue of payments to terrorists. Ret. Gen. Yossi Kuperwasser, the former head of the Israel Defense Forces’ intelligence and research division, said that over just the last four years, the PA has paid approximately $1.1 billion to Palestinian terrorists and their families. Moreover, while Abbas’ apologists have called it a social program, the payments are salaries, not welfare payments. They are based on the severity of the crimes committed and crafted as a reward for those who seek to spill the most blood.

For those whose faith in the peace process remains pure, this must be ignored lest it serve as evidence that Abbas is not the moderate he likes to play when speaking to Israeli or Western audiences. True believers in the viability of a two-state solution claim it is something that must be endured or excused if separation between Israeli Jews and Palestinian Arabs is to be achieved. If you want to believe Abbas is a moderate then you see it as an unavoidable measure if he is to survive against Fatah radicals or his Hamas rivals.

The payment of salaries to terrorists puzzles Trump and some Jewish left-wingers because they want to believe the PA is a credible partner for peace. But the PA pays salaries to those who murder Jews for the same reason all government funds anything: because they are popular. Even if we were to disregard decades of evidence about Abbas or his role in fomenting the stabbing intifada by decrying the notion of “stinking Jewish feet” profaning Jerusalem’s holy sites, the issue of terror funding boils down to a basic fact about Palestinian political culture.

Ending the measure isn’t so much about halting a financial incentive for terrorism, as it is a symbolic gesture that the Palestinians would be acknowledging that their century-long war on Zionism is over. Until Palestinians see killing Jews as abhorrent and a threat to their well-being rather than an act of patriotism, the conflict will go on no matter where Israel’s border is placed. Without the end of the payments and similar measures, any agreement will be correctly seen by Israelis as merely a truce and a trade of land for more terror rather than peace. And that is a deal that neither Donald Trump, well-meaning American Jewish liberals or Mahmoud Abbas is likely to be able to sell to them.

Jonathan S. Tobin is opinion editor of JNS.org and a contributing writer for National Review. Follow him on Twitter at: @jonathans_tobin.