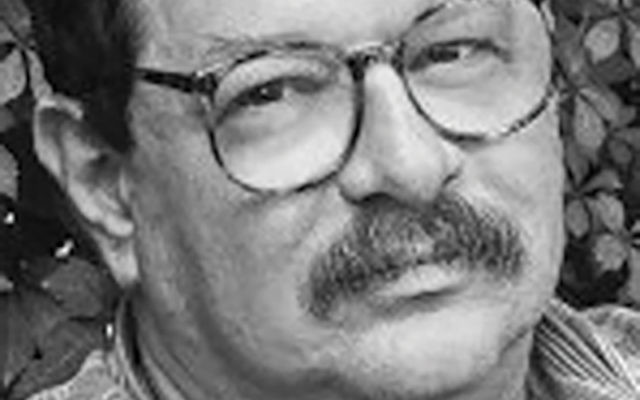 For a massive film industry like Hollywood or Bollywood, churning out hundreds of films a year, a selection of nine new films wouldn’t tell you much about the state of their business, their audience or their nation. For a small-nation film industry, however, the nine films being shown in the Israel Film Center Festival June 8-13, with previews May 21 and 23 (JCC Manhattan, 76th Street at Amsterdam Avenue) should be a pretty reliable snapshot of the Israeli industry the past year or so.

On the aesthetic and business fronts, the news is encouraging. The ongoing presence of TV veterans like Shay Kanot, most recently the creator of “The Arbitrator” and represented here by the exuberantly goofy “4X4,” suggests that the semi-permeable barrier between the two media continues to be easily passed, often to the advantage of the respective audiences. The festival also features a sprinkling of directorial debuts — “The Women’s Balcony” by Shlomit Nehama and Emil Ben-Shimon, “Mr. Predictable” by Roee Florentin, another small-screen mainstay — and familiar faces like Avi Nesher (“Past Life”) and Erez Tadmor (“Home Port”).

What the festival’s roster of films suggests is the stability of Israeli film today. The structures for funding and production are in place, films get made regularly, younger writers and directors have opportunities, the TV-to-theatrical pipeline is functioning in both directions. Intelligent, creative films are being made and shown. For example, “Home Port” is a particularly thoughtful, low-key drama of political corruption on the Ashdod docks, while the closing-night film, Meni Yaesh’s “Our Father,” is a fascinating, ambitious attempt to bring together neo-realist family drama and discoball-driven gangster-movie flash.

Conspicuous by its absence from this year’s festival is the Israeli-Palestinian conflict, which is touched upon at length in only in “4X4,” and it is played for broad Mel Brooksian laughs. In fact, if there is one underlying theme that seems to dominate the nine films on show, it is the other divisions within Israel, those involving family feuds — secular vs. Orthodox, Mizrahi vs. Ashkenazi and subtler rifts of generation and gender — that are no less dangerous, albeit not nearly so obviously violent.

These sands have shifted before, of course. In the nearly 24 years I have covered film for The Jewish Week, every decade has offered a brief cinematic break from the beating of war drums. Israeli filmmakers, like artists anywhere, frequently turn their gaze inward and, as many Israeli directors have said many times, you can’t live in a state of constant fear and expectation of war.

On the other hand, it seems almost a rule of physics that when Israeli filmmakers look away from the Green Line and into the nation’s interior, they glimpse elements of moral weakness and human cruelty that prove emphatically that even the Jewish state is peopled with fallible, corruptible humans.

What makes films like “Home Port,” “4X4” and “The Women’s Balcony” so arresting is that each of them, in its own way, suggests that Israel has lost sight of the goals espoused by its founders. Each of the three films offers a prescription for the future that is centered on rejecting neoliberal nostrums based on greed, market-driven economics and privatization (“Home Port”), an obsession with the superficial benefits of hipster high-tech innovation as an end in itself (“4X4”) or the superficial appeal to some of a steadily narrowing ultra-Orthodoxy that would create deeper divisions within traditionally based communities by constricting the roles of women. Each of the three films suggests that a return to collective values of cooperation and community is essential to the survival of a Zionist state worth living in.

Whatever one may think of the platform that drives the current occupants of Israel’s Culture Ministry, these films can only be read as compliant and supine by willfully focusing on what they are not discussing. It is a mistake to assume that creative artists work for a single unified political/social agenda, although paranoids in high places may find it comforting to think so. Conversely, it would be foolish to deny that such artists tend to the liberal side of the spectrum, as befits their temperaments. Beyond those boundaries — common to all but the most rigidly authoritarian governments — getting filmmakers to agree on any issue not directly related to their own field is like herding cats.

I feel utterly secure in predicting that Israeli filmmakers will return to the subject of relations with their nearest neighbors and very soon. In the meantime, there is no shortage of other battles for them to take up, as the Center Festival happily proves.

George Robinson’s column appears the second week of the month.