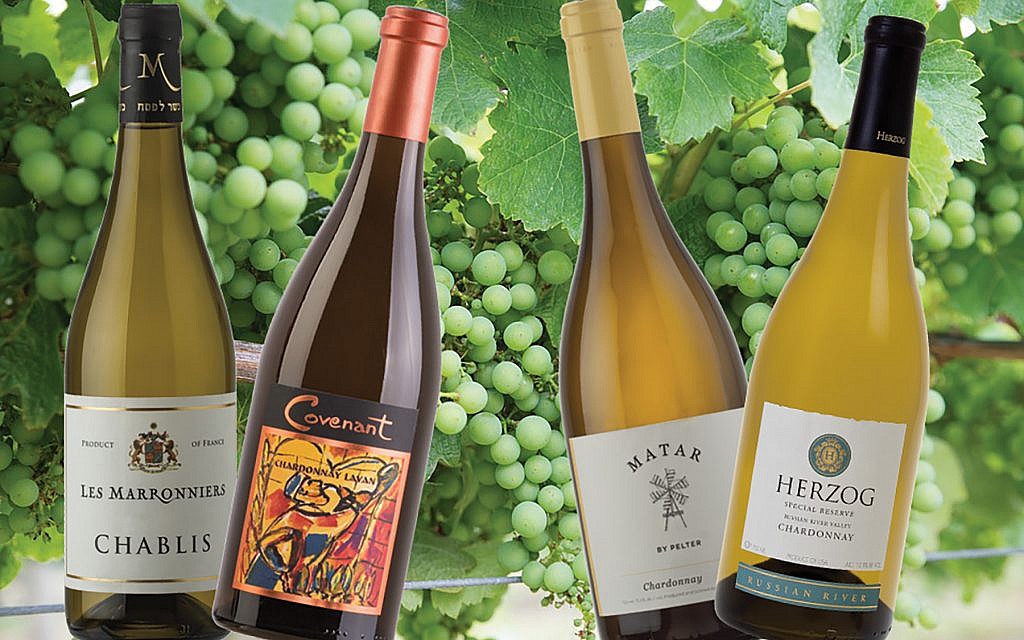 If the grape world can be said to have celebrities, then chardonnay is perhaps the biggest of them all. Any shop around the globe that regularly sells wine carries chardonnay, usually a variety of chardonnays. Today, most every wine producer seeking a national or international audience produces a chardonnay. Even non-drinkers are familiar with the grape name. Like all modern celebrities, chardonnay has legions of fans, an army of detractors and yet is recognized by all who have even passing familiarity with wine.

Chardonnay has been around for centuries, and is easily the most important grape variety in Northern France. It is the sole grape variety for all of Burgundy’s finest white wines, from chablis to Mâconnais. Chardonnay is also one of the three key ingredients in Champagne, adding sensuality and aromatics to blends, and makes single-varietal Champagnes of terrific charm and finesse. Yet all these French wines are named for the place in which the wines are produced, not the grape from which the wines are made. So until the 20th century and the global ascent of varietal labeling of wine, the word “chardonnay” was known only to vine growers.

The origins of chardonnay have been sourced through DNA profiling to a cross between the pinot noir grape and a very old and obscure grape called gouais blanc (mainly grown today in Switzerland). Whether chardonnay was an intentional crossbreeding, or a lucky happenstance, remains unknown.

Chardonnay almost certainly originated in the Mâconnais region of southern Burgundy; a commune called Chardonnay has existed there since Roman times. But the first recorded mention of the grape by name only dates to 1685, and its French origins have not kept it rooted in place.

Grape immigration is not always a happy story, and sometimes a grape that emigrates fails to perform. Chardonnay, however, has performed like a superstar on five continents. In many instances, in fact, those foreign soils that welcomed chardonnay were rewarded with some of the greatest white wines they have ever made.

Chardonnay can excel without assistance from maturation in oak, but it is in fact an especially oak-friendly variety: oak chips or barrel staves for less expensive wines, and barrel-fermentation in French casks for higher-end wines. Indeed, oak vanillins and the milky and creamy flavors derived from yeast lees are just as tightly bound to chardonnay’s personality as its fruit flavors — lemon and lime in cooler locations, to tangerines, apricots and melons in warmer climates.

At one extreme, chardonnays can be so plump and rich with butter and oak influences that one sometimes wonders whether they might be better supped with a spoon than sipped from a glass. At the other end of the spectrum, however, chardonnay produces pale, furtive, nearly inscrutable white wines that require prodding, coaxing, almost teasing with air and time for their inner complexities to emerge and say hello. While chardonnay typically struts its stuff at the dry-end of the catwalk, it also maintains a small but respectable reputation for superb, tantalizing, unctuously sweet dessert wines.

Vineyard origin can play a significant role in these differences, and chardonnay is particularly responsive to a wide range of winemaking techniques. As wine expert Benjamin Lewin, MW, succinctly argues, “…its character is so much more dependent on winemaking than place. Vinify chardonnay at low temperature and you get tropical fruits; go to higher temperatures for a more classic repertoire. Mature in new oak for smoky overtones or a full-fledged rush of vanillin; use stainless steel for a crisper finish. Push malolactic fermentation for those buttery notes of popcorn; avoid it for sharp, citrus flavors. (Yes, I know that chardonnay shows wonderful nuances of place in Burgundy, but … there is a commonality to winemaking in Burgundy.)” This production-side reliability and malleability helps ensure chardonnay’s pride-of-place amongst winemakers the world over.

While over-oaked and over-manipulated chardonnays made to an international-style wholly without regard for vineyard location can still be easily found, they can be easily avoided, too. Critical and consumer unease against production-side heavy-handedness with oak, or indifferent and ill-considered vineyard site-selection, led to the “Anything But Chardonnay” backlash chorus of the last decade. As with any successful commercial enterprise, of course, producers who led or followed fashion adapted to market forces. Good-to-great chardonnays are produced in abundance the world over.

Chardonnay, thus, continues to thrive. As wine writer Jancis Robinson, MW,  put it: “There is a reason why chardonnay is the most widely distributed white wine grape in the world. Its appeal is universal.” Indeed, chardonnay is produced across Europe, Australasia, North America, South America, and South Africa, and lately, fledging efforts can be found in Asia.

The range of kosher chardonnays does not represent the wide variety available to the general market, of course, but there are many chardonnays to bring to the kosher wine explorer. Here are some wonderful and still readily available options to try:

An exciting, new, though highly limited release from the North Fork of Long Island is the comparatively austere yet thoroughly delicious unoaked Paumanok Kosher Festival Chardonnay 2018 ($23.99; available at Skyview Wines & Spirits, and at Columbus Avenue Wines & Spirits, 730 Columbus Ave., [212] 865-7070; [see article on the domestic kosher scene on page 16]); this is poised, taut, invigorating and immensely appealing. It would make for great summer drinking, too — if you can wait that long.

The current availability of kosher Australian wines leaves much to be desired, alas, and the Teal Lake, Chardonnay, 2015 (mevushal; $12.99; widely available) is an example of internationalized Chardonnay that is competent and thoroughly drinkable but utterly uninteresting — at least, to a wine geek. The only kosher New Zealand option here is the Goose Bay, Chardonnay, Marlborough, 2016 (mevushal; $16.95; widely available, including at Skyview Wines & Spirits), which at least gives some hint of what lovely things the Kiwis are doing with chard!

South America sadly doesn’t offer too much excitement. The available kosher options from Chile — such as from Alfasi, Terra Vega, LanZur, Dakor, Alta, Tierra Salvaje, and Casa Del Cielo — are all pretty much interchangeable. That is, they are all mevushal, competent, represent good value, are pleasant to very drinkable, and in some vintages even delicious, but none taste as if they have come from anywhere in particular. Canada doesn’t offer too much either in terms of variety, though one charming and worthwhile offering is the Tzafona Cellars, Cold Climate Unoaked Chardonnay, Niagara Peninsula, Canada, 2015 ($23.99; available at various stores, including Skyview Wines & Spirits).