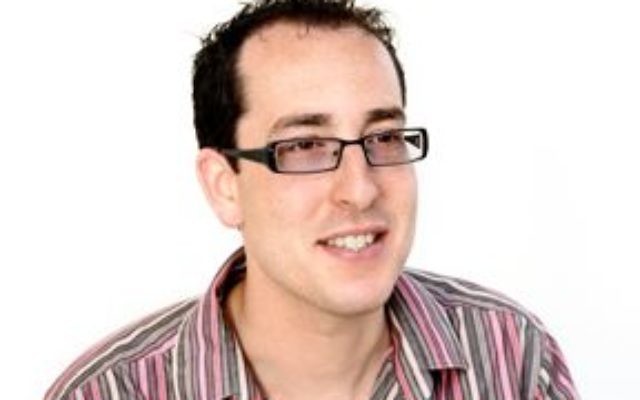 It was one of the most dramatic decisions ever taken by an Israeli administration. Ten years ago, on Sept. 11, Israel held a flag-lowering ceremony in the Gaza Strip, and the next day, it pulled out its last troops. (The 9,000 or so Israeli settlers who had been living in Gaza left a month earlier, in August 2005.)

The Israeli army has since been back — but this wasn’t the plan. “The purpose of the disengagement plan is to reduce terror as much as possible, and grant Israeli citizens the maximum level of security,” Ariel Sharon, the Israeli prime minister behind the disengagement, said at the time. Since the flag-lowering of 2005, when Israeli soldiers returned it was to fight the Hamas regime that now controls the coastal enclave — or in the case of Gilad Shalit, to be held hostage.

Sharon said that Gaza “shall be demilitarized and shall be devoid of weaponry, the presence of which does not accord with the Israeli-Palestinian agreements.” Today, the Strip is a large weapons stockpile on the doorstep of southern Israel.

How are we to look back on the disengagement today?

First, with a sense of irony. The pro-settler lobby treated the disengagement as a major tragedy, but oddly, it has ended up receiving a major boost from it. It is not just that the public has become more suspicious of more territorial pullouts. The long-term vision of many settlers has been given a whole new lease of life.

When Israel was present in both Gaza and the West Bank, settler calls for Jerusalem to assert sovereignty over these areas and make them into full-blown parts of the State of Israel were muted. Why? Because the demographic challenge was too great — if the Palestinians of the West Bank and Gaza fell under Israeli sovereignty, the Jewish majority in the state would have become too vulnerable.

The Gaza disengagement carved the Palestinians of Gaza out of the equation. Suddenly, the number of Palestinians that Israel would stand to inherit if it annexed settlements, and the regions around them, was significantly reduced. And so, over the last decade, calls from the right for “annexation” of the West Bank have become louder and louder — as it’s seen as a much easier sell than when Gaza was also in the equation.

Today, there are many varieties of the “annexation” argument in circulation. One, which is favored by the Jewish Home party, an important partner in the coalition, is for Jerusalem to annex a particular part of the West Bank, which includes all settlements but few Palestinians, and which is adjacent to Israel. This argument, that annexation can be simple and cheap (in terms of the number of Palestinians annexed to Israel along with settlements) would have been inconceivable if there were still settlements in Gaza.

The Gaza settlements were not next to Israel but rather on the other side of the Strip — meaning that, practically speaking, Israeli control of all or at least a large part of Gaza was necessary to maintain them. Nobody could have claimed that annexing Gaza would have been simple, and so the argument for annexation was given limited exposure. Now, it is thriving.

The pro-settlement lobby can only make this argument for annexation without inviting demographic doom because of the disengagement. If Israel still controlled Gaza and there were still settlements there, calls for annexation would amount to calls for the creation of a single political space in which Jews would be outnumbered by Arabs.

Second, we need to look back on the Gaza disengagement with a sense of balance. It’s easy to draw the conclusion, surveying the situation in Gaza today, that territorial withdrawal is a dangerous mistake for Israel. But this isn’t clear from the disengagement. Rather, what the disengagement suggests is that withdrawing unilaterally, without getting anything from the Palestinians in return and without intense coordination with the Palestinian side, is a mistake.

Third, we need to restore a sense of historical reality to the discussion on the disengagement. There is a tendency to forget some of the harsh facts about the years before the disengagement, and only remember the worst parts of what have followed it. Rocket attacks didn’t start after the disengagement, but around four years previously, when Gaza militants not only had sovereign Israeli territory as their target to attack, but also settlers in their midst.

The comparison between post-disengagement and pre-disengagement eras isn’t one between terror and zero terror. Before 2005, terror in Gaza was real and deadly. Fighting it, and defending the settlers in the midst of Gaza Palestinians, was dangerous, and would have become more dangerous. No, not on the scale of the deadly terror that the Gaza regime can generate today, but it’s important to avoid donning rose-tinted spectacles in assessing what was in Gaza and what would have been had no withdrawal taken place.

And a consideration of the dangers that went with continued settlement in Gaza alongside the chaotic situation that ensued post-disengagement can lead one to question the wisdom of lumping together civilian and military pullouts. This is, perhaps, the one scenario where the unilateral course of action could have had worth — if civilians had been removed but a military presence remained, it could have restored some credibility to the argument that Israel is in areas it captured in 1967, to large extent, out of security concerns.

Fourth, we need to look back on the disengagement as a truly transformative moment in settler society. Or more precisely, the Israeli establishment needs to — and needs to act on this.

Following what ideological settlers saw as their defeat when they failed to stop the disengagement, they have become more brazen and determined in fighting against decisions taken nationally that are seen to infringe upon their interests, such as curbs on settlement building or demolitions of settlement buildings.

The settler movement has become more PR-savvy, it has harnessed social media, it has become more organized internally. It has invested heavily in its own media operations, and made efforts to gain exposure in others.

This week, five weeks after an 18-month-old child died in a West Bank arson attack thought to have been perpetrated by Jewish extremists, and four weeks after his father died, the mother, Reham Dawabsheh, died. Mulling the fact that no arrests have yet been announced by police, one cannot help but think that if the appropriate intelligence capability had been invested in settler extremism as it has grown in the post-disengagement era stoked by the “never again” ethos, there would be more capability to bring people to justice — and more deterrent effect.