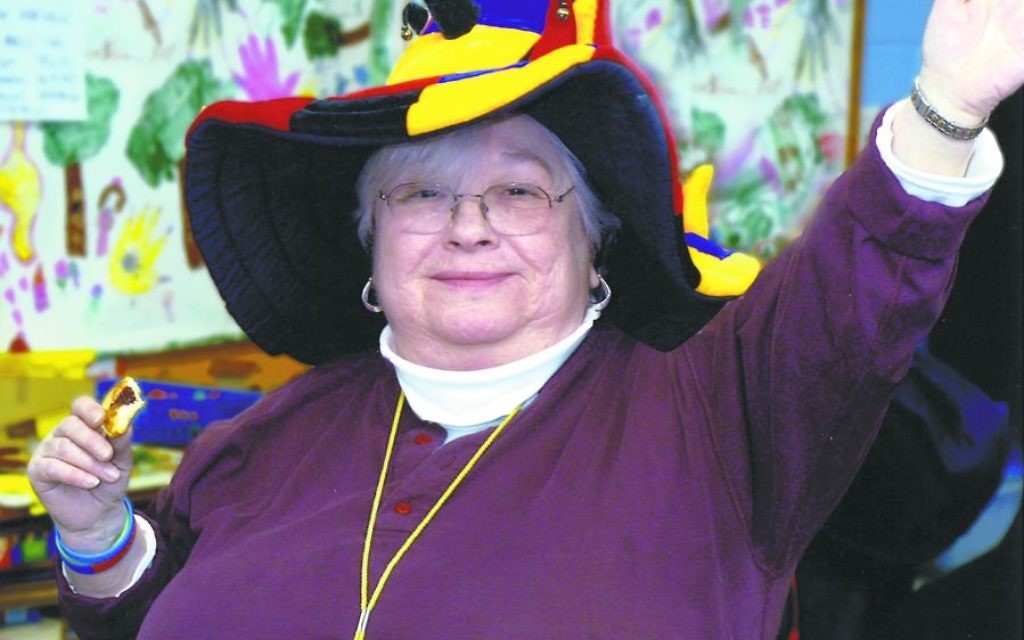 Phyllis Jassey, a longtime preschool teacher at the JCC of Mid-Westchester and “Mikveh Lady” at the Young Israel of Scarsdale, died Sept. 10 of complications from mesothelioma, so-called asbestos cancer. She was 73 and lived in Scarsdale.

At her funeral, Mrs. Jassey’s friends recalled her as a woman of faith, who maintained her religious beliefs during her illness of several years, a woman of humor who would show up at a kosher restaurant with a cylinder-shaped case that held not a spare oxygen tank but a bottle of white wine she shared witah friends, and a woman of distinctive character who would drive around town in a green convertible, her spiky gray hair blowing in the wind, her “Mkvalady” license plate easily identifying her.

“Phyllis Jassey was ‘a happening.’ Tons of people were touched by her,” said Rose Blank, a fellow teacher at the JCC. “She just loved people — she loved children.”

A native of Brooklyn who lived in Queens before moving to Westchester as a teen, Mrs. Jassey would declare that she always wanted to be a nursery school teacher because she “adored the little ones.”

During her years running the Young Israel mikveh, where she was responsible for the site’s physical upkeep and for spiritual support of the women who used the ritual bath, Mrs. Jassey served there “all kinds of hours,” Blank said. She also coordinated the Kiddush meals and Purim mishloach manot food packages at her own congregation, the Young Israel of White Plains. “She really led a life of service.

“She cared deeply about Judaism,” Blank said. “Phyllis tried to get other people to live more Jewishly, even her fellow non-Jewish teachers at the JCC who could recite the Shabbos prayers or knew kashrut better than many Jews.”

Mrs. Jassey is survived by a sister, Lynn Medow, and a stepbrother, Michael Fellner.

“She seemed to know people everywhere – the lady in the next hospital bed, at the next table in the restaurant or at the supermarket,” Blank said. “She was very big-hearted.”