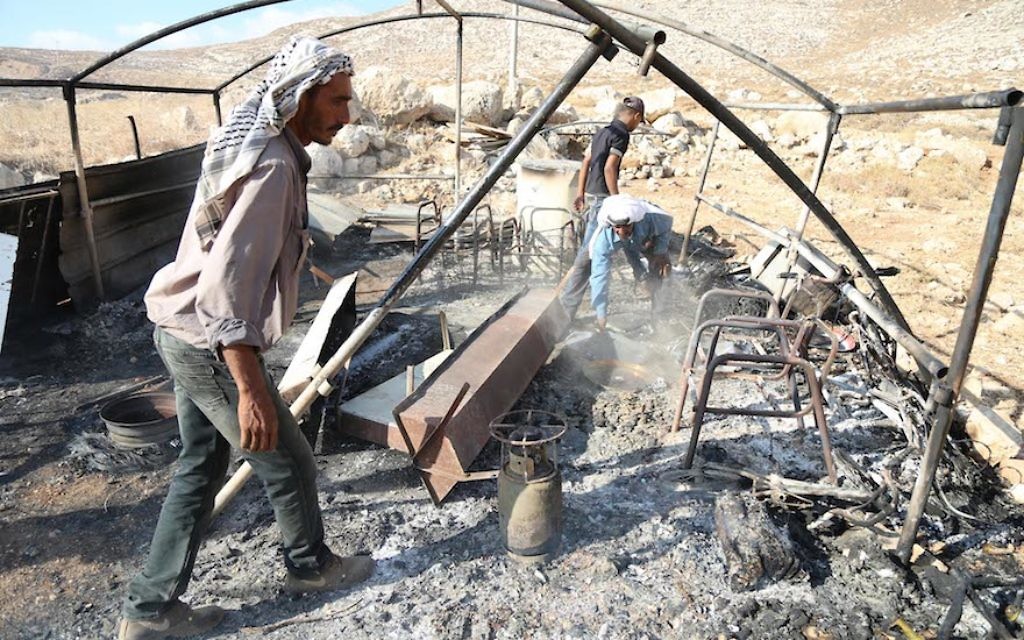 Jerusalem — A tent in a West Bank Bedouin village was set on fire in a suspected arson attack.

The tent in the village of Kafr Malik, located north of Ramallah, was burned completely early Thursday morning, according to reports. It had been used for storage and unoccupied at the time of the fire.

The suspected extremists were arrested after the July 31 arson attack on a West Bank Palestinian home that left a baby and his father dead. The West Bank village of Duma, where the attack occurred, is located about three miles from the Bedouin village where Thursday’s attack took place.

Later Thursday, three Jewish youths reportedly were arrested in the area in connection with the attack. The youths’ car also was seized and they were prohibited from meeting with an attorney.