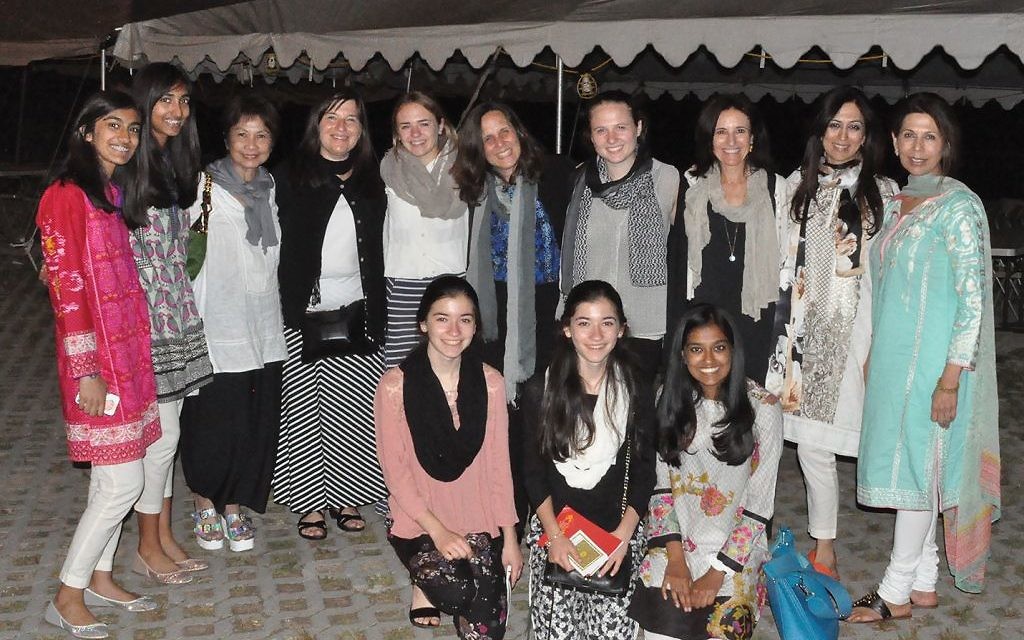 Note: This story appeared in last week’s edition in the New York section but due to a production error its final paragraphs were inadvertently omitted. Here is the piece in its entirety.

With its rich mix of ethnicities, White Plains is one of Westchester’s most diverse communities. Yet the likelihood that Jewish and Muslim women will cross paths or become friends isn’t high.

That troubled Annette Rotter. Inspired by a Jewish Week article last year about efforts to build relationships between Jews and Muslims in the U.S., Rotter decided to do something about it. She contacted SOSS, Sisterhood of Salaam Shalom, a national organization dedicated to fostering friendships between Jewish and Muslim women.

Sheryl Olitzky, a Jewish marketing consultant and Atiya Aftab, a Muslim attorney, both from Central New Jersey, founded SOSS in 2010. Today there are more than two dozen existing chapters and about 20 more in formation, spread across the country from Boston to L.A. While kosher and hallal food may be on the table at chapter events, politics is emphatically not. The organization keeps its focus on sharing holidays, meals, social action projects, cultural trips and travel — all with the intent of breaking down mutually held stereotypes, and showing that each can learn from one another.

“It’s about getting to know one another, to have friendship on a personal basis,” said Rotter, a member of Bet Am Shalom synagogue in White Plains.

Co-founder Akifa Samdani, acknowledging that some Muslim women are isolated from other groups, said, “It showcases friendship. We want them to get exposed to Jewish women, to see it’s easier [than people might think] to get along.”

Rotter and Samdani founded the Westchester chapter with Vicki Greif in January. Groups are required to have between 14 and 20 members, with equal numbers of Muslims and Jews participating in order to maintain balance. The Westchester chapter is the first in the nation to include teenagers.

“There’s so much hate in the world,” said 16-year-old Nafisa Saha, one of the Muslim teens from Northern New Jersey. “This is an amazing opportunity for peace. It’s amazing to learn about religion, it’s cool to learn about Judaism.”

Chapter activities have included outings, such as visiting a mosque during Ramadan and Greif’s sukkah during Sukkot, as well as other types of activities to learn about each other’s religious practices and beliefs. During Passover, the group highlighted the theme of feeding the hungry by preparing food for the homeless. During Ramadan, the Muslim teens explained the purpose of the daily fasting and the significance of Iftar, the meal that breaks the fast.

Respect for each other’s faith is a key principle. At one meeting, Mairav Aloni, a 17-year-old Jewish teen from White Plains, offered a Shehekeyanu prayer, while Saha said the Bismillah prayer.

Not surprisingly, the chapter is also finding common ground through food. One of the projects they’re exploring is a cookbook that would incorporate photos and stories as well as recipes.

“It’s a good way to bring cultures together,” Aloni said.

Nor is the group just about doing the right thing for a lofty cause.

“Women can lead the way to peace,” said Rotter. But, she added, “I had no idea how much fun it would be. It’s 100 percent joyous.”

On Sept. 11, the group will be screening the film “BESA: The Promise,” about Muslim-Jewish solidarity during World War II, along with talks by a Jewish survivor who was hidden by Albanian Muslims during the war and the daughter-in-law of a Muslim who rescued Jews during the Holocaust. The event, taking place at Bet Am Shalom in White Plains from 4-6:30 p.m., is fully booked, but those interested can add their names to the waitlist through Bet Am’s website: betamshalom.org.