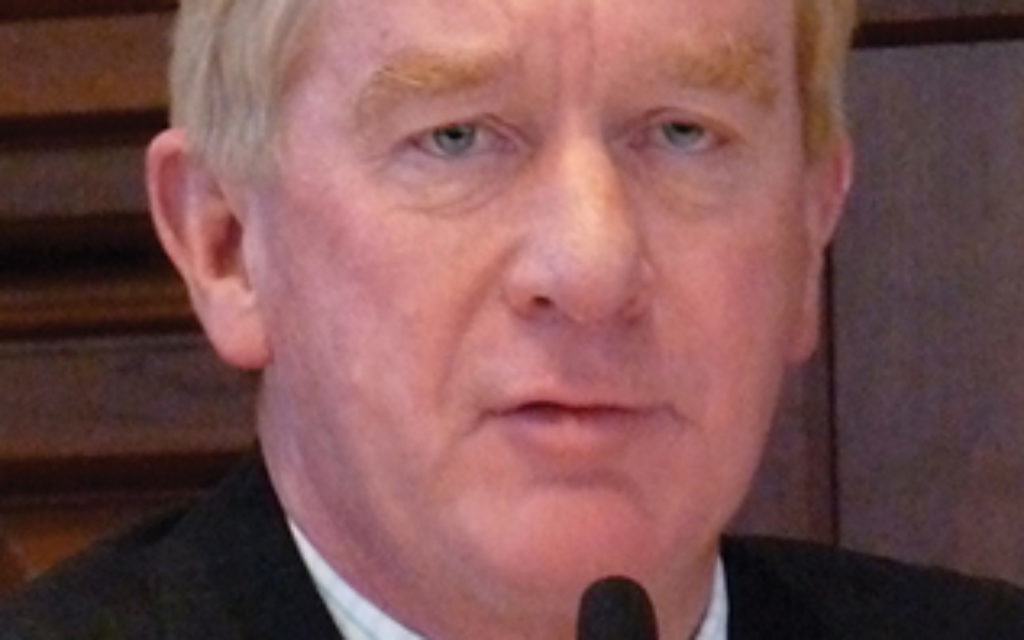 William Weld, the Libertarian Party candidate for vice president, is a former two-term Republican governor of Massachusetts who earlier served for seven years as a federal prosecutor. He is running on a ticket headed by Gary Johnson, the former two-term Republican governor of New Mexico. The Jewish Week caught up with him by phone last week a few days after the Orlando terror attack.

Q.: What does your campaign have to do to become viable in the minds of Americans?

A.: Gary and I are at 10 to 13 percent in the polls now and if we could get to 15 percent, we would get into the presidential debates. If we draw 15 percent from each party — and polling data suggests there is that much softness — we would be in the thick of it.

What is your reaction to the Iranian nuclear agreement?

Ten years was a long time to slow them down. I actually go to meetings of former world leaders as an associate member of a group called the InterAction Council of Former Heads of State and Government, and I spent a long time with former [Iranian] President [Mohammad] Khatami, who is kind of a moderate in Iran, and he made a persuasive case that the Iranian people want to tilt West.

How would your administration stop Iran from acquiring nuclear weapons?

There is nothing more important than the State of Israel in the Middle East. It is the only stable democratic ally that we’ve got. I have a long history with Israel, going back to the days … when Bibi [Netanyahu] and Ehud Olmert were still getting along. During the Reagan administration sent over to negotiate with Ely Rubinstein, who is now on the [lsraeli Supreme] Court. I had on my DOJ [Department of Justice] hat.

What should be done about states that export terrorism?

We should get a thousand FBI agents and send them abroad as needed — seasoned counterterrorism guys. We should establish the world’s biggest hotlines and whistleblower lines and do what we did back in the ’80s to take down the top three echelons of organized crime — that is, to treat this as a huge criminal conspiracy. So you have all this information coming in from all over and have the smartest brains in the Justice Department sifting it ….

It’s very disturbing that the fellow who did the shooting in Orlando a few days ago had been interviewed by the FBI twice in connection with possible links to extremist groups. He threatened to kill people, so much so that his co-workers complained to the company — and one of his co-workers even quit because he felt so threatened by this guy — and the company wouldn’t do anything.

His name should have never disappeared from the database.

Did the FBI drop the ball?

I think it’s unfortunate that that guy’s name came out of the database even after he had been interviewed twice. That would not have happen under the scenario I’m painting. You would develop this database to get the predication necessary to get either roving wiretaps or search warrants. … His name would have popped up when he tried to buy the gun — if they hadn’t taken his name out of the database after they closed the investigation because the investigation didn’t consider him to be a present threat.

Do you believe the U.S. and Israel have a special relationship that should be fostered, be it in trade, military alliances, scientific research, etc.

Yes, and when I was governor I opened the first trade office of a U.S. state in Israel and I opened it in Jerusalem. I said at the time — and George Bush the elder was president — that I regarded Jerusalem as the capital of Israel. … I led three trade missions to Israel when I was governor.