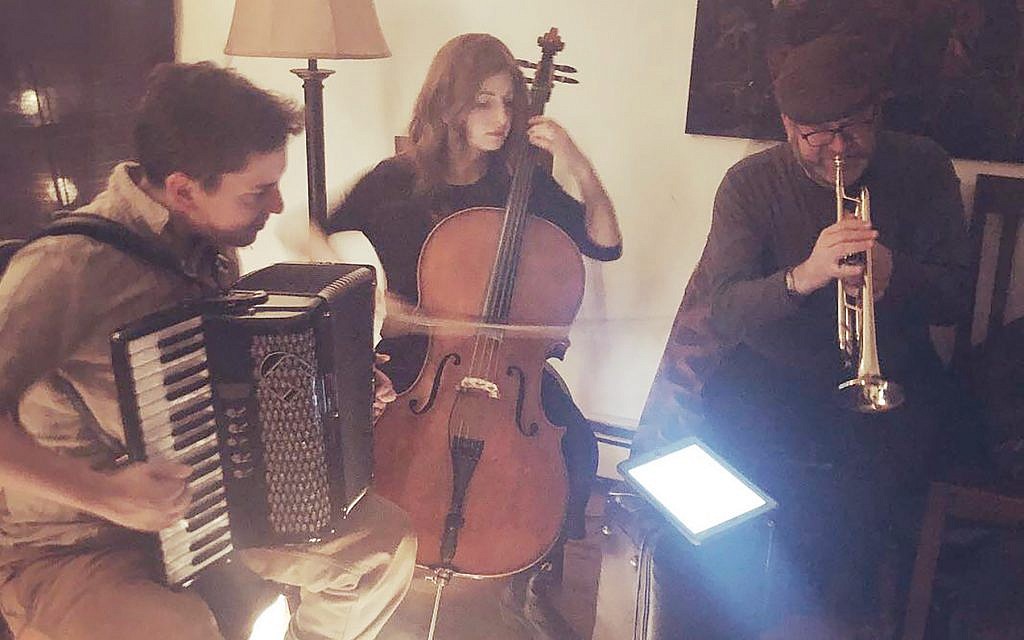 At first glance, the recent Thursday night farbrengen at the home of Elad and Rivka Nehorai might look like any other such chasidic gathering.

Running the length of their Crown Heights apartment is a long table laden with herring, crackers, cake and several bottles of wine. The evening might even begin with a wordless melody, a niggun as it’s called in the chasidic world, if someone is so moved to share one.

But what follows is certainly not traditional farbrengen fare.

One woman might pull out a ukulele and play a song she has recently composed. A young man might read a poem typed on his phone, apparently an exception to the no-phones-at-the-farbrengen rule. Another might read several pages from the first draft of his memoir.

And this is just a typical night at Hevria House in Crown Heights.

Founded by Elad Nehorai, a writer who is director of digital media at Clal, and Mattue Roth, a poet who is a writer at Google, in August 2014 as a blog for personal essays, poetry and fiction writing, Hevria (an amalgam of the Hebrew words “hevre,” friend, and “bria,” creation) has grown from an online publication into a Jewish artistic community in Brooklyn. Working with pieces mostly written by Orthodox-affiliated Jews with artistic inclination but no creative outlet in the Orthodox world, the blog editors were soon organizing events to bring together like-minded creative Jews in Brooklyn.

Now, Hevria is entering a new phase as it transitions from a blog with the occasional event to a community organization hosting weekly events in the Nehorais’ home (dubbed Hevria House), which is now Hevria’s base. Elad Nehorai, 34, says Hevria House, co-lead by Elad and Rivka Nehorai, is fulfilling a need for “Jewish creatives” on the community’s fringes. 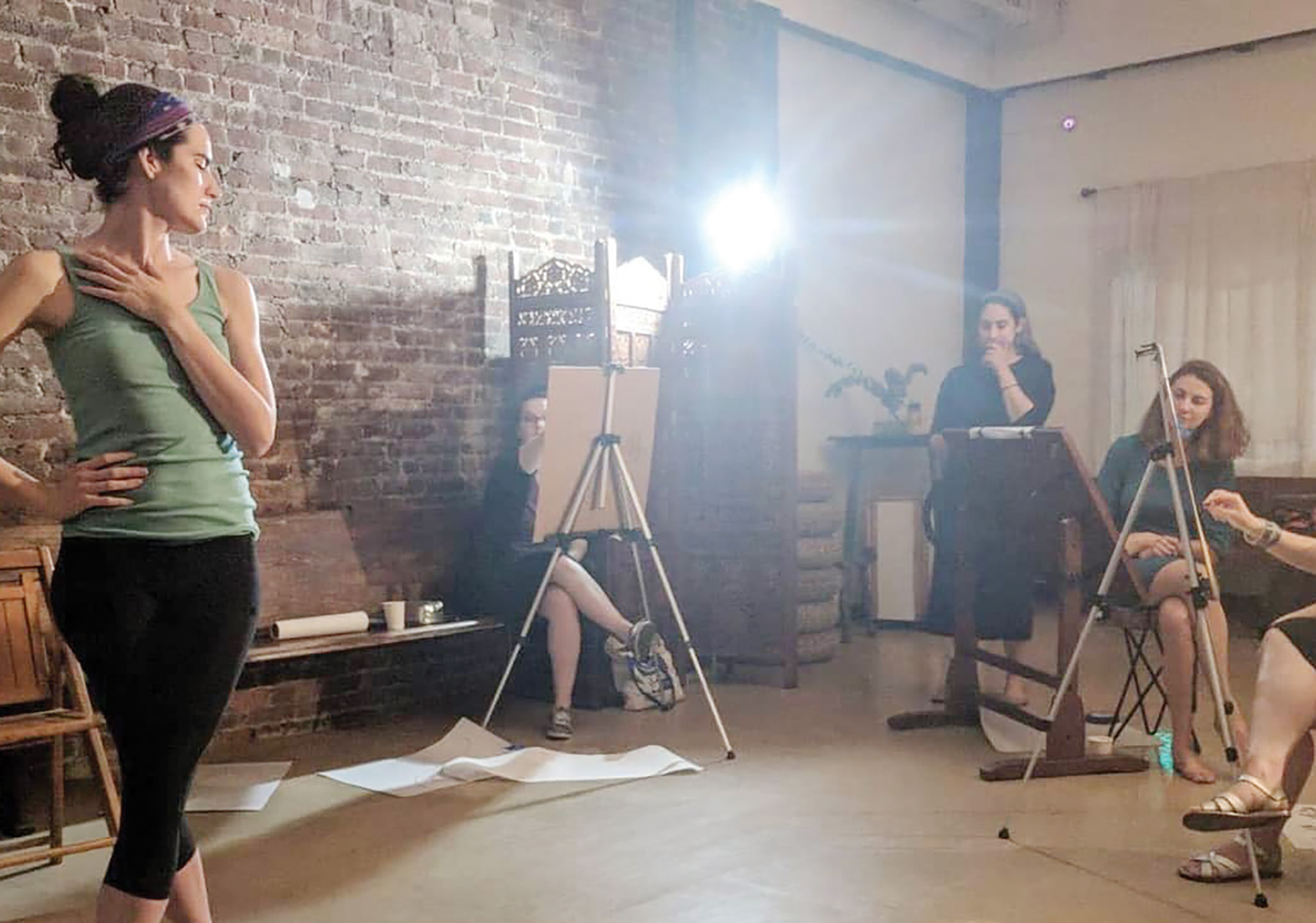 “Being creative is not just about creating art — it’s a mindset, it’s a way of thinking, it’s a personality, and very often that personality is underserved because it’s hard for people to even identify it,” he said. “Hevria is meant to be a home and a community for and by creative Jews, and that’s true online and offline.”

In this sense, the Hevria community bears more than a passing resemblance to Chulent, created by ex-Orthodox creative types more than a decade ago. That scene was captured in a 2014 documentary called “PunkJews.”

At the heart of Hevria’s offerings, and its community feeling, are the creative farbrengens. Critical comments are discouraged as participants share their work in a supportive, non-judgmental setting. “I think that reciprocal relationship [between artist and audience] is the essence of Hevria,” said Roth. “The essence of art has people on both ends.”

So far, Hevria has received grants from Hakhel, an incubator for emerging communities supported by Hazon and Israel’s Ministry of Diaspora Affairs, and UJA-Federation of New York’s Arts X Community grant. A few dozen monthly contributors round out Hevria’s budget, but the site’s continued existence has depended largely on its volunteers’ enthusiasm. Now, Elad Nehorai, who has been at Clal since November 2016, is focusing on Hevria full-time as the organization ramps up its in-person programming.

With its base in the Nehorais’ home, Hevria somewhat resembles the Chabad House model originated by the Lubavitcher Rebbe, whose home, now the Chabad movement’s headquarters, is located just a few blocks away. For years, Crown Heights, the long-time stronghold of the Lubavitch community, has been seeing an explosion of Jewish diversity. New synagogues, ranging from egalitarian to liberal Lubavitch, have been popping up between hipster coffee shops and bars. 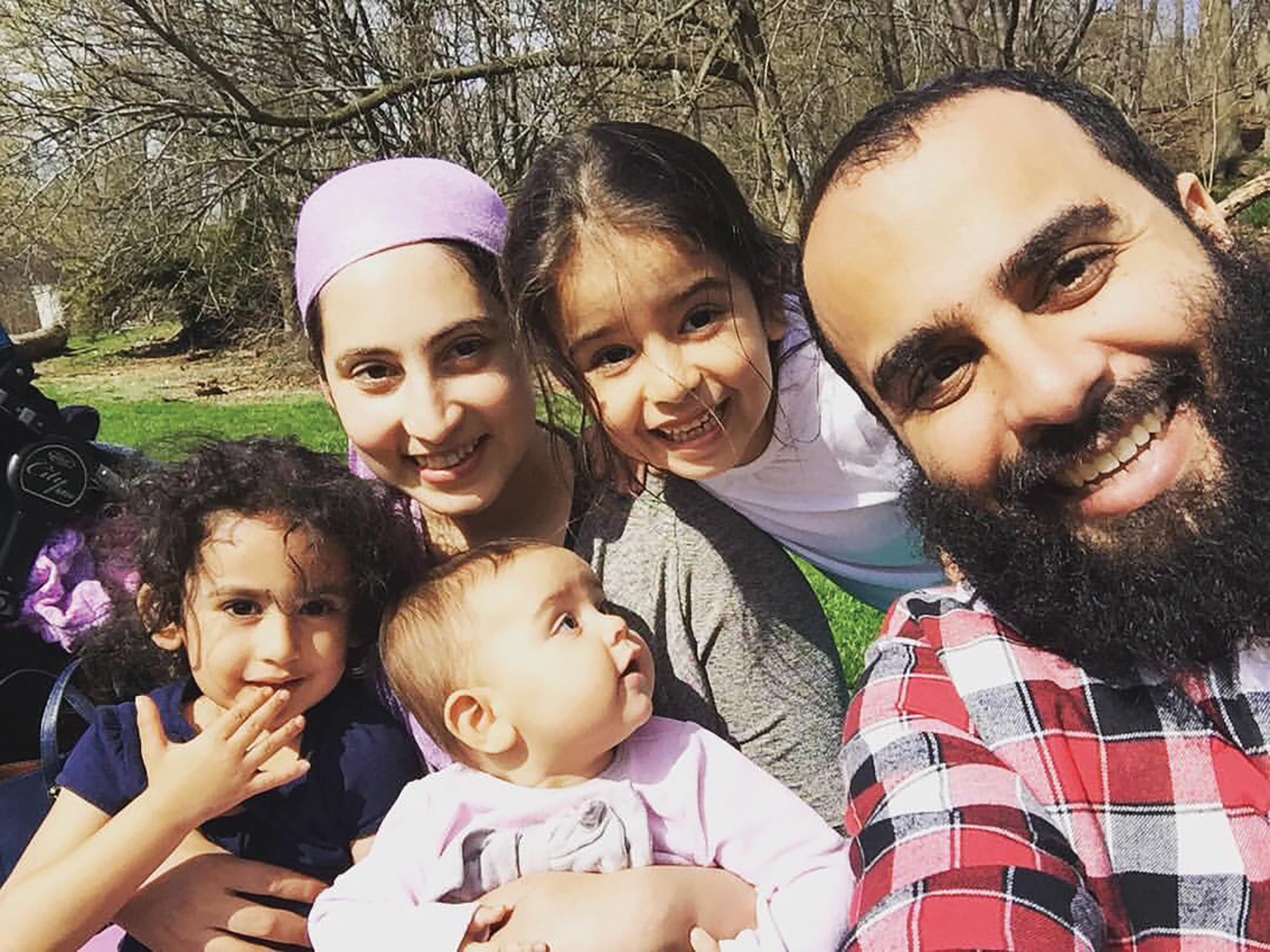 Elad and Rivka Nehorai and family, who host the Hevria farbrengens at their home. Courtesy of Elad Nehorai

Though deeply connected with the Orthodox world and based in Crown Heights, the Hevria community operates on its fringes. The creative farbrengen, a riff on the chasidic ritual, is familiar to many Hevrians, most of whom are Orthodox or have some affiliation with Orthodoxy. But less familiar to many in the Orthodox community are the artistic values promoted by Hevria.

According to Roth, when the site was first started, readers would often react to the pieces on Hevria with disbelief. “People would say, I can’t believe an Orthodox person is doing this,” said Roth, who also came to Orthodoxy as an adult.

“We had this dream of becoming creative shluchim,” said Nehorai, using the term for the emissaries Chabad sends around the world. “But when we first came to Crown Heights, we had a lot of difficulty in figuring out how to do that. It became very clear to us that we needed to create a culture around this idea.”

That contrarian attitude has attracted many of those who have not felt fully at home in the Orthodox world, including women, those who identify as queer and those who have left Orthodoxy. Nehorai himself became Orthodox as an adult and has since made a name for himself as an internal critic of some of Orthodoxy’s more conservative tendencies. He is also a leader of Torah Trumps Hate, a progressive activist group for Orthodox Jews.

Laura Melnicoff, a cellist who became Orthodox as an adult, said the Hevria community supports her career and interests in a way the rest of the Orthodox world often does not understand. “Having a community of people who were trying to find their way both in needing to express themselves artistically and spiritually, I hadn’t yet found that until Hevria came along,” said Melnicoff, who lives in Crown Heights. “I know that what I’m doing is right, but a lot of what I do is not understood or relatable to the Crown Heights community.”

Melnicoff, who serves as the director of women’s programming for Hevria, organizes specific creative farbrengens for women and has organized one for queer Jews as well. A farbrengen for those who have left Orthodox communities is currently in the works.

“We’re dealing with people who are unaffiliated or who haven’t found their spot in Judaism,” said Roth. “These people already have a strong sense of Jewish identity; they just don’t have a community that supports them in their own Jewish identity.”

Can Hevria be that community? Nehorai hopes so.

“I think at the beginning, we saw ourselves as outsiders with a dream,” said Nehorai. “We’ve gone from being a dream to being a true alternative community in the Jewish world.”