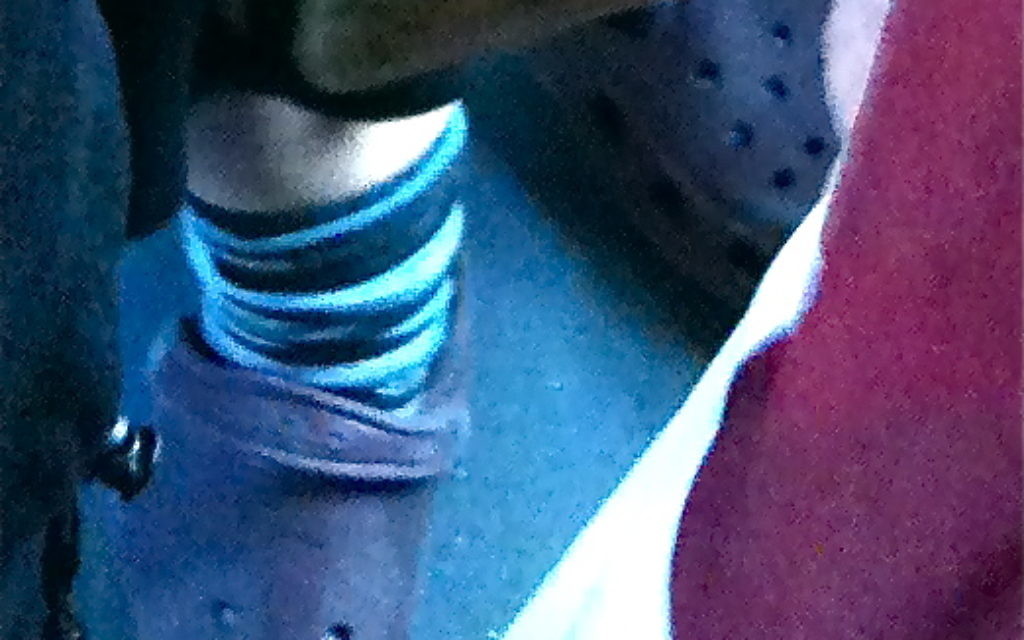 I’ve decided that on every Friday morning from now on I will publish a brief list of some of the most ridiculous things I’ve seen, heard or smelled over the past week. Things that don’t warrant an entire post but encapsulate the eccentric world that is Israeli society.

-Sunday: I was shopping for shoes and found my way to Gazith off of Ben-Yehuda, a store recommended to me by friends. I was very happy with the selection, but a store employee showed me something amusing on the sides of the boxes, which were labeled for sale in their New York store – the same pair of boots that costs ₪299 here (approx. $84) is sold for $279 across the ocean.

-Monday: the Crocs and socks phenomenon. I’m no fashion guru, but come on…

-Tuesday: an elderly man who appeared slightly out of his wits rolling a plant in a market pushcart decided to bang on a bus with a large stick when it wouldn’t stop for him.

-Tuesday afternoon: disheveled old haredi man yapping on his cell phone in Yiddish decides it’s appropriate to full-on sneeze in my hair — three times. Meanwhile, he also felt that it was appropriate to swing his plastic bag full of shuk purchases into my rear end repeatedly.

-Wednesday: No matter where you are in the world, you can always count on having obnoxious neighbors. I arrived home from ulpan on Wednesday, in a rush to do a million things, to an anonymous note on the door (ending with a smiley face, of course) that told us the placement of my bike next to the stairs was disturbing the writer "me’od" (a lot). Again, of course it was anonymous and of course it ended with a smiley face. I therefore had to take two hours out of my day that I didn’t have, to clean my mud-entrenched bicycle so that it was able to move back into my room. Without a hose, I had to continually refill water bottles and brought some dish soap and steel wool with me. The good news is – I understood the entire note, and it was 100% in Hebrew. And not simple Hebrew.