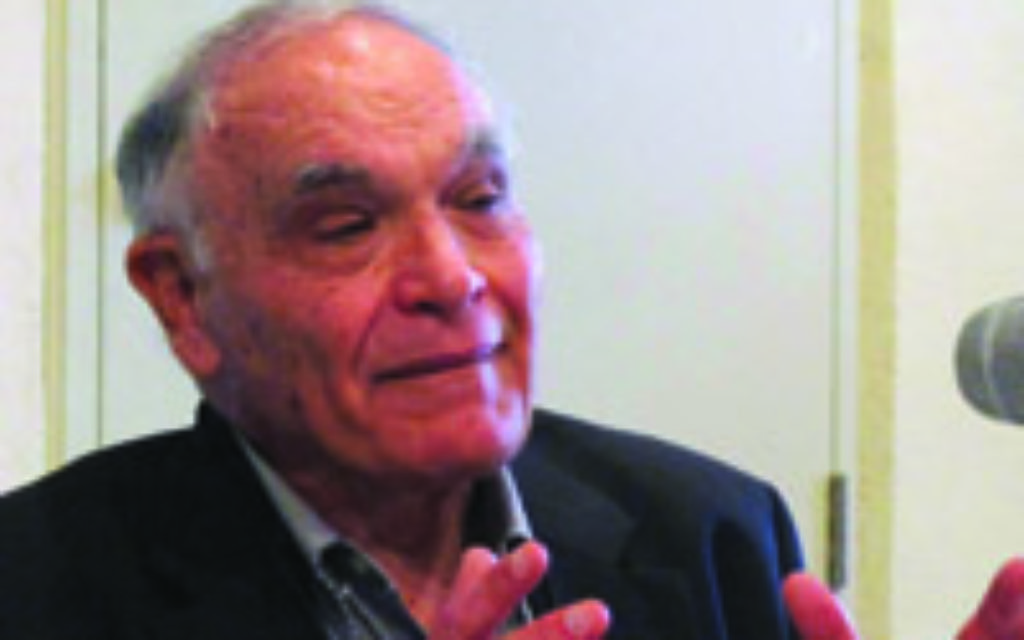 Moshe Maoz, professor emeritus of the Department of Islamic and Middle Eastern Studies at Hebrew University, is an expert on Syria and Middle East affairs. He is also a former director of the Harry S. Truman Research Institute for the Advancement of Peace. He spoke to The Jewish Week by phone last week about the volatile situation in Syria and the possible repercussions for Israel.

Q: Is it just a matter of time before Bashar Assad is toppled by his own people like the leaders of Tunisia, Egypt, Libya and Yemen?

A: I’m one of the few analysts who believe he is going to last. For how long nobody knows, but for the time being the balance of power is in his favor and he is not leaving. He is sticking to his job and in my opinion he will fight to the end. And the end can be quite a long time.

Homs is the third largest Syrian city and a battle there against rebel troops has gained international attention. In four weeks of army shelling two journalists were killed and the regime is said to have vowed to “cleanse” a rebel-held district there. Would the regime really use that word, and are other major cities similarly involved in the revolt?

There is a lot of misinformation and propaganda on both sides, but Assad wants to subdue that city. Why? Because it is a large city in the middle of Syria, and he wants the part of Syria starting from Damascus via Homs, Hama and Aleppo. This is the center of the country, and he wants to control it.

And Homs is the only major city where there has been an uprising?

Yes, and this is why he is making such an effort to subdue it.

Why haven’t the other cities revolted?

They are afraid after what happened in Hama in 1982 when between 20,000 and 30,000 were massacred. And recently there were also anti-government activities in Hama. But in Damascus and Aleppo there has been very little rebellion because the population and the middle class there by and large support the regime.

Is there also fear that a radical Islamic group might replace Assad if he is forced out?

It is a fear, but I don’t buy it. Syria is different than Egypt because there was a Muslim Brotherhood there that was crushed in 1982. It’s smaller now than the one in Egypt, and Syria is more of a secular country than Egypt. The Muslim Brotherhood can emerge but I’m not sure whether they will hold power. And it is not a must that it will be militant. Look at Tunisia — they don’t appear to be militant.

What should Israel fear from this uprising?

Israel has to fear that if Syria collapses, heavy weapons, chemical warheads and missiles can go to Hezbollah. The current Syrian regime is not going to do anything to Israel unless it is attacked, because it is a responsible state. Hezbollah does not have any of those rules. Another scenario is that in the rebellion a Sunni Muslim general emerges and it becomes a militant Muslim state. The chances are not likely, but it could happen.

Meanwhile the world is sitting on the fence and letting the Assad government try to quash the rebellion. Is that a good idea?

They should extend humanitarian help to the refugees, including Israel. And other countries should help the rebels with arms. The rebels are getting weapons from Saudi Arabia but not enough — and they need tanks.

A number of Syrian troops are reported to have defected to fight with the rebels.

With the exception of the Syrian deputy oil minister, why have there been so few defections, including the military and ambassadors as we saw happen with Libya?

Because they believe the regime can survive and they have solidarity with the regime. In Libya, they knew the regime was already finished. The officers in the military in Syria and Egypt have economic interests [in the regime], and they don’t want to give it up. But in Egypt they gave up [former President Hosni] Mubarak because he was more a liability than an asset and they wanted to sell him for the sake of their own interests. In Syria there is a blood alliance between the officers’ club and Assad because most are Alawites. They know that if he goes they are going to be slaughtered.

What is the difference between this revolution and the Arab Spring?

There are some denominators common to everybody — they want freedom, dignity and democracy. But in Syria it’s not new. In the ‘60s the Muslim Brotherhood rebelled several times against the regime. But since Hama, things were quiet. Last year they started again, but this time secular and intellectual Syrians joined. They want freedom and dignity, and it is more important because they are weak, unlike in Egypt and Tunisia where they won quickly. Here they have to work very hard and the Syrian president does not want to give up. And not only the officers but also the new middle class and the Christians support the regime.