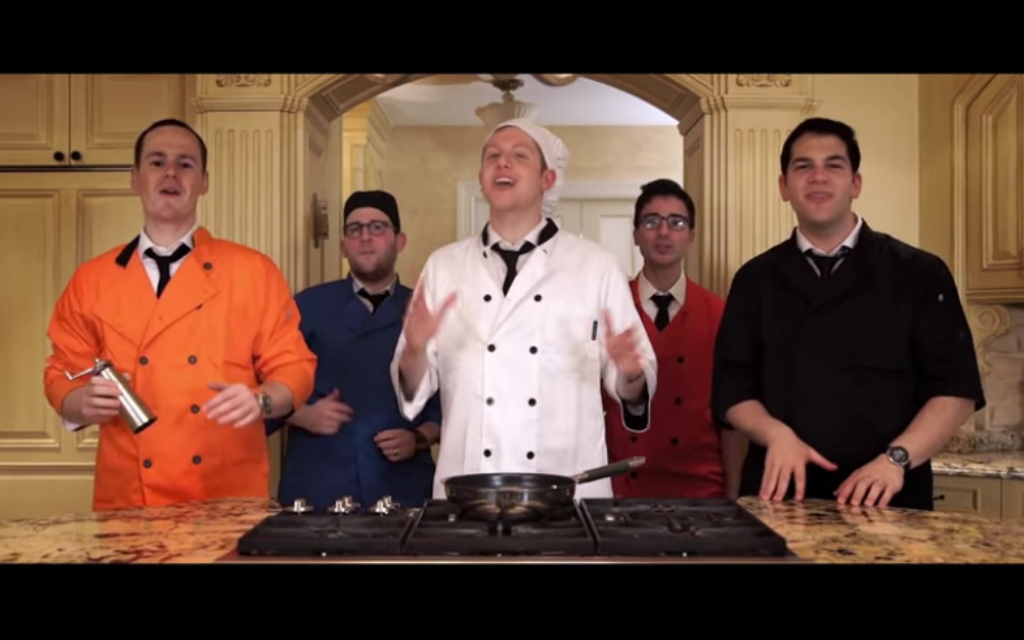 Jewish a cappella group the Maccabeat have released a new music video for their song “Latke Recipe” ahead of Hanukkah 2015.

The video debuted on Time’s website on Monday. “Latke recipe” is a parody of rock band Walk The Moon’s “Shut Up and Dance” hit from last summer. The song’s refrain goes like this:

Got everything we need

Best served with applesauce, you see

The Maccabeats “breakout hit” was another Hanukkah song, “Candlelight,” released in 2010. The video for the song, a take on Taio Cruz’s then-popular club anthem “Dynamite,” has garnered 10.6 million views on YouTube.

The band has since opened for Jewish reggae star Matisyahu and performed at the White House for a reception in honor of Jewish Heritage Month.