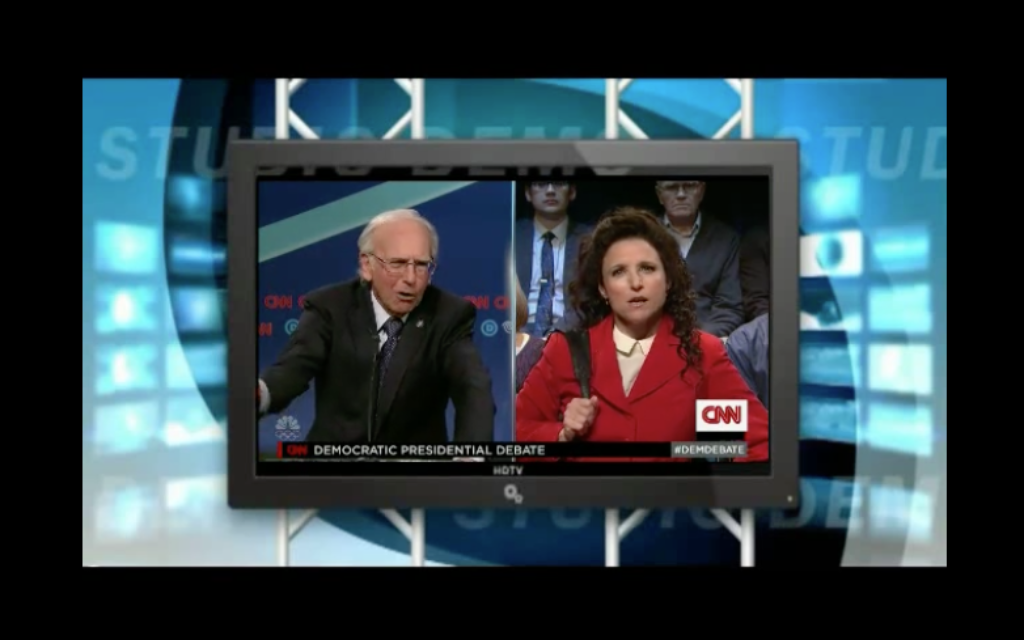 The skit, which again featured Kate McKinnon portraying Hillary Clinton, had the two Democratic presidential candidates in a mock debate from Brooklyn, New York, ahead of the state’s primary on Tuesday.

Benes, chosen as a long-time New Yorker to ask the candidates a question, wonders how Sanders plans to break up the big banks. Sanders gives a vague, “Seinfeld”-esque reply. (David was a creator and executive producer of the ’90s megahit.)

“Once I’m elected president, I’ll have a nice shvitz in the White House gym, then I’ll go to the big banks, I’ll sit them down, and yada yada yada, they’ll be broken up,” he says, using a “Seinfeld” euphemism for being vague about details.

“You can’t yada yada at a debate,” Benes objects. “Also, you yada yadaed over the best part.”

“No, I mentioned the shvitz,” Sanders replies.

Later, making a reference to “Seinfeld,” Benes asks Sanders about his plan to tax the super-rich at a higher rate, and muses how the creator of hugely successful sitcom would “lose a lot of money. You see what I’m saying?”

“Yeah,” David as Sanders replies, pointing at his opponent. “You should vote for her.”