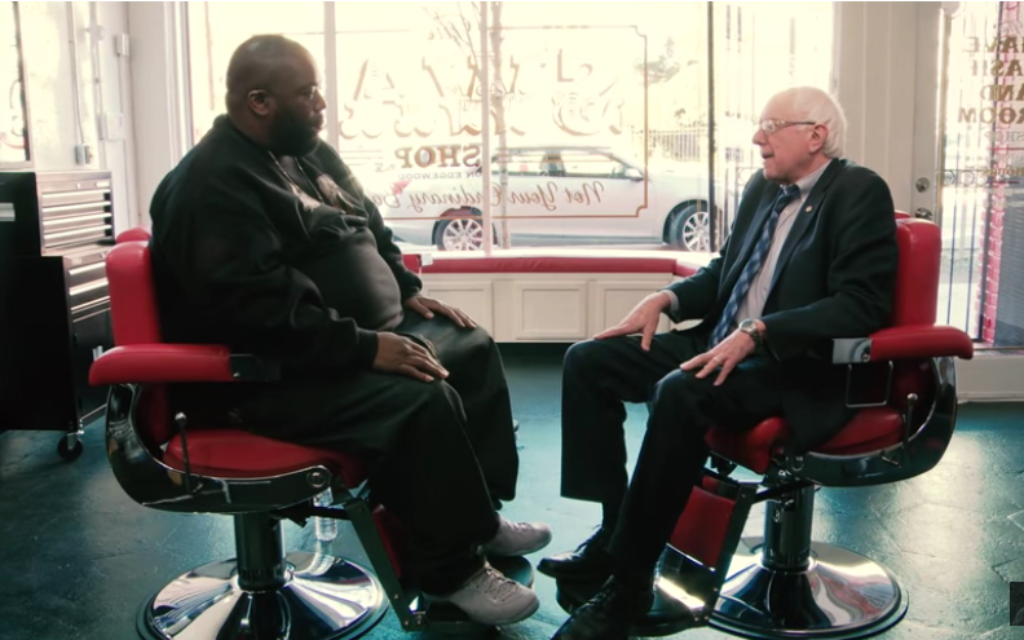 Democratic presidential candidate Bernie Sanders recently sat down for a videotaped talk with an unorthodox interviewer: Killer Mike, a rapper and black activist known for being half of acclaimed rap duo Run the Jewels.

The interview took place at an Atlanta barber shop owned by the “raptivist,” real name Michael Render, in late November, just before he introduced Sanders at an official campaign rally. Killer Mike published the hour-long recording Tuesday in a series of six videos on YouTube.

Sanders, an independent U.S. senator for Vermont, used the opportunity to pitch his democratic socialist message to African-Americans — referencing his organizing work during the civil rights movement and his reverence for Martin Luther King, Jr.

Killer Mike — who frequently appears on TV shows and at schools to talk about police brutality and other racial issues — was impressed enough to employ “some rap language,” saying: “That’s some bomb sh–. That is absolutely dope.”

The two men covered a wide range of issues, including economic inequality, health care, education, social justice and even gun rights — pausing infrequently for fist bumps. More than 230,000 people have viewed the first video in the series in just over a day.

Toward the end of the exchange, Killer Mike said he wished he could take Sanders on a barbershop tour. He thinks Sanders’ message would resonate with black people if they heard it.

“You take me to barbershops, I’ll be there,” Sanders said.

Polls have Sanders trailing Hillary Clinton by nearly 20 points in the race for the Democratic nod.