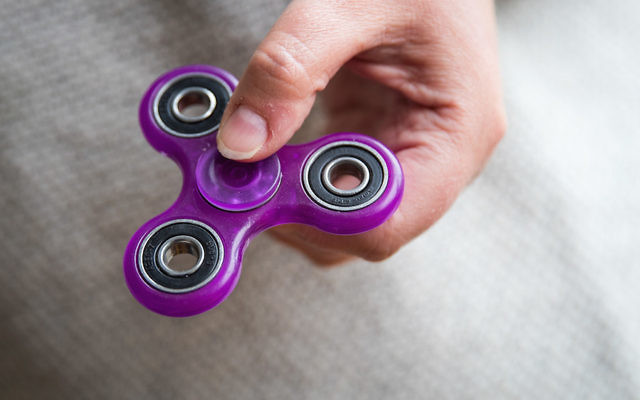 (JTA) – Do we have Palestinian rock throwers to thank for the fidget spinner?

The inventor of the ubiquitous stress-reducing toy says she came up with the idea during a trip to Israel in the 1980s, during the First Intifada, as a way to distract the “young boys throwing rocks at police officers.”

Catherine Hettinger told CNN Money last week that she first brainstormed the gadget while visiting her sister in the Jewish state and hearing about the clashes between Palestinian youth and Israeli security.

She first considered designing a “soft rock that kids could throw,” according to CNN Money.

“It started as a way of promoting peace,” Hettinger said.

But soon after, upon returning home to Orlando, Florida, Hettinger put together the first fidget spinner — a propeller-like toy that spins around a center bearing.

Hettinger secured a patent for the device in 1997, but sales languished for over a decade, and Hasbro declined to market it. Hettinger did not have the money to pay the $400 fee to renew her patent in 2005.

It was not until last year that the fidget spinner became a sensation, appearing everywhere from office cubicles to elementary school classrooms. Some tout the toy as a stress reliever, but others find them disruptive and distracting.