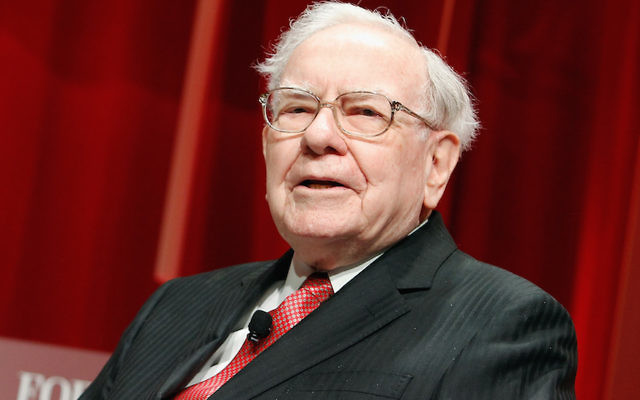 Guests attending the events with Buffett on Thursday have pledged to buy $1 million to $5 million in Israel Bonds in order to meet the American billionaire, whose net worth of $75.6 billion makes him the second richest person in the world, according to Forbes magazine.

Buffett, CEO of the American conglomerate Berkshire Hathaway, hosted an event last November in his hometown of Omaha, Nebraska, that led to investments of $60 million in the Jewish state. Buffett also bought $5 million worth of Israel Bonds at the event.

Israel Bonds said that following Thursday’s events, Buffett was expected to have helped bring in about $200 million in bonds investments.

“Israel Bonds is proud to call Warren Buffett a friend,” Israel Maimon, president and CEO of Israel Bonds, said Monday in a statement.

“By supporting the Israel Bonds organization through these events and investing directly in Israel Bonds himself, Mr. Buffett is helping to ensure that the State of Israel will continue to prosper, and will continue to be a model of innovation and economic growth for decades to come,” Maimon added.

Buffett spoke highly of the Jewish state at the November event.

“If you are looking for brains, energy and dynamism in the Middle East, Israel is the only place you need to go,” the billionaire said.

In 2013, Buffett made the Israeli firm Iscar his first foreign acquisition, buying the remaining 20 percent of the metalworking company after having acquired 80 percent in 2006.

Later in the same year, it was announced that Buffett would donate $10 million to the Rambam Hospital in Haifa.