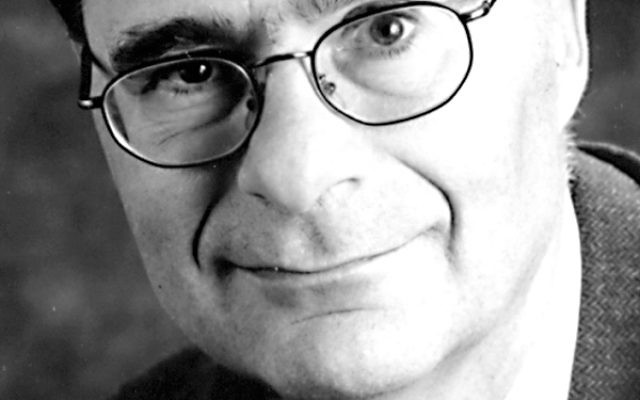 Are Jews the same as everybody else? Should a Jewish state be just like all the other nations on the face of the earth? Some of the founding Zionists said “yes.”

They argued that Jewish existence had been warped by centuries of persecution; only a Jewish state would normalize Jewish existence, providing a body politic like all others, complete with flag, army, national anthem and even crime.

The Zionists weren’t the first to struggle with Jewish statehood. The struggle goes back to the prophets. This week’s Shabbat is Rosh Chodesh Tammuz, so we read the haftarah for the new month (from the Book of Isaiah), rather than the usual haftarah for Korach from the first book of Samuel. That latter haftarah, more thematically linked to Korach, features the crowning of King Saul as the Israelites’ first monarch, despite the Prophet Samuel worrying that a human king will displace the state’s prior allegiance to its proper monarch, God. Just a few chapters earlier, the people insisted, “We must have a king… that we may be like all other nations” [I Samuel 8:19-20]. So Samuel gives in.

This age-old question of Jewish uniqueness returns with Theodor Herzl. With prescient optimism, his diary (Sept. 13, 1899) anticipates cleaning up “the filth that dishonors Jerusalem. … Then outside its walls there will rise the new city, modern Jerusalem.” But knowing first-hand the treacheries of statecraft, Herzl tempers his optimism with political reality. He concludes his book, “The Jewish State,” by admitting, “Jews in their own state will always have sufficient enemies, just as every other nation.” And so we have. So have the ancient Israelite monarchists: “The king will fight our battles,” they tell Samuel, because we want to be “like all the other nations” [I Sam. 8:20].

A direct line runs from the first Jewish commonwealth of King Saul to the third Jewishcommonwealth, the State of Israel today. Both cases must contend with “realpolitik,” the realistic assessment of enemies intent on destroying us. Because real history knows real evil, we need descendants of Saul, leaders of the Jewish State who appreciate the threat of military might, and who can build our capacity to “fight our battles … like all the other nations.”

What, then, about the descendants of Samuel? Does Samuel, too, have modern-day descendants, or did his prophetic cause die out with Malachi, the last of the biblical prophets?

We Jews see our prophets as voices of conscience, not just doomsayers on the futility of the human project and the necessity to end it with an armageddon ushering in the end of time. The challenge of being human is how to live within history, not outside of it. Whatever awaits us after our death, this real world is here to stay, unless the kings destroy it because the prophets do not even get a say.

For us, then, although the biblical prophets are long gone, the prophetic voice remains — inherited, we say, by those who study Torah, which is to say ourselves. Samuel’s question remains: Are we “just like other nations?” Should a Jewish state be just another sovereign blotch of color on a world map? Now, too, we need both Saul and Samuel; Saul to fight the nation’s battles, and Samuel to remind that very same nation that a Jewish state exists to be in league with God, covenanted since Sinai to pursue nobility, justice and peace.

Even Herzl knew that. Echoing the prophetic demand that Israel be a light unto the nations, he proclaimed, “The electric light was certainly not invented so that the drawing room of a few snobs might be illuminated, but rather, to enable us to solve some of the problems of humanity by its light.” Equally, as to the Jewish state, “the world will be liberated by our freedom, and whatever we attempt there for our benefit will redound mightily and beneficially to the good of all.”

Rabbi Lawrence A. Hoffman, co-founder of Synagogue 3000, and professor of Liturgy, Worship and Ritual at Hebrew Union College-Jewish Institute of Religion, is the author of “My People’s Prayer Book: Traditional Prayers, Modern Commentaries” (Jewish Lights), winner of the National Jewish Book Award.