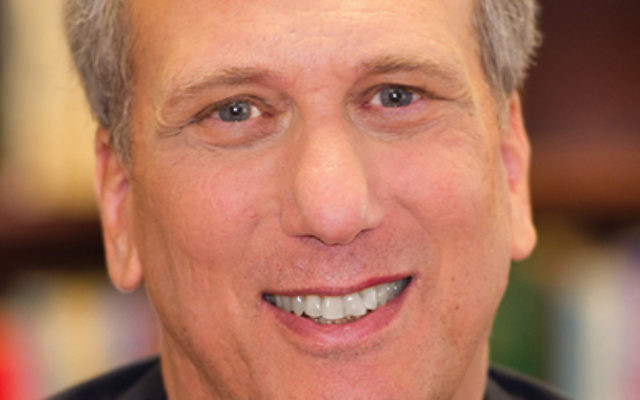 Jews attuned to the weekly cycle of Torah readings cannot help but have a special relationship to Martin Luther King Day. This is the time of year when we read the story of the exodus from Egypt that stands at the very core of Jewish tradition, as it does in the tradition of the African-American church from which King emerged. Over and over we Jews hear Moses demand of Pharaoh in the name of the Lord that he “send forth My people that they may serve Me.” Week after week, we are driven to ask ourselves what that call means in our day, and what we need to do to answer it.

It required no great leap of exegesis — though it was a masterful rhetorical move — when Abraham Joshua Heschel declared at the Conference on Religion and Race where he first met King: “At the first Conference on Religion and Race, the main participants were Pharaoh and Moses.” Heschel was only following the logic of the Torah — a Book that always calls Jews to action — when he added “the outcome of that summit meeting has not come to an end. … The exodus began, but it is far from having been completed.” That is still true, I believe — over half a century since the March on Washington at which King inspired America with his dream of freedom for all God’s children. What would Heschel have marched for in 2016, I wonder. What would King have said today? What does the Torah command?

Those questions have become more immediate for me of late because of two books that crossed my desk and disturbed my sleep. The first — Ta-Nehisi Coates’ bestselling cri de coeur, “Between the World and Me” — argues with sorrow and anger that the American dream — King’s dream — has long disguised a cruel fact of life that confronts black people in our country every day: namely, that their bodies are not safe. Writing as a father to his son, Coates describes the fear he felt growing up on the streets of Baltimore, and feels still when he sees black Americans lose their lives to violence, some of it inflicted by the police forces of America’s cities. He worries that he himself — and, even more, his son — might one day fall prey to that injustice.

Coates wants his son to be proud that he lives “among a people whom I would never have chosen, because the privileges of being black are not always self-evident” — words that brought to my mind sermons given by a host of rabbis over the years in the face of discrimination and oppression suffered by Jews. But Coates finds no solace in the religious faith that sustained Jews and blacks alike for centuries, and sustains me: “The [G]od of history is an atheist, and nothing about his world is meant to be.” I draw exactly the opposite conclusion from the Exodus story in the Torah — but then again, none of my close friends has been shot dead on a suburban street by a police officer who claimed the young man had tried to run him over. (The officer was never prosecuted). “The entire episode,” Coates writes, “took me from fear to a rage that burned in me then, animates me now, and will likely leave me on fire for the rest of my days.”

Michelle Alexander, a law professor at Ohio State University, argues forcefully in her bestselling book, “The New Jim Crow,” that the spate of such shootings in recent years is not coincidence: there is, she claims, a direct relationship between violence against African-Americans, lingering racism, and the mass incarceration of black men since the passage of stricter drug laws in 1982. A 1995 survey asked respondents in America to “close your eyes for a second, envision a drug user, and describe that person to me.” Ninety-five percent “pictured a black drug user” at a time when only 15 percent of drug users in the U.S. were African-American (about the same percentage as today).

Here are a few more chilling statistics: In Washington, D.C., “it is estimated that 3 out of 4 young black men (and nearly all those in the poorest neighborhoods) can expect to serve time in prison.” In Chicago, the total population of current and ex-felons among black males “is equivalent to 55 percent of the black adult male population and an astonishing 80 percent of the adult black male workforce.” Nationwide, the rate of imprisonment for blacks on drug charges “dwarfs the rate of whites” — despite the fact that “people of all races use and sell illegal drugs at remarkably similar rates…”

Heschel and King were often reproached for bringing politics into the realm of religion. Preach the Torah or the Gospel, they were urged, and leave current affairs out of it. In response, both referred their interlocutors to the Torah or the Gospel, and quoted frequently from the Biblical prophets. The religious action that Judaism demands can certainly not be reduced to public policy — liberal or conservative, Democratic or Republican. But neither can it be divorced from public policy.

Coates and Alexander do not have all the answers we require this Martin Luther King Day. But their hard questions should not be ignored. King’s memory should be a spur and a guide to justice.