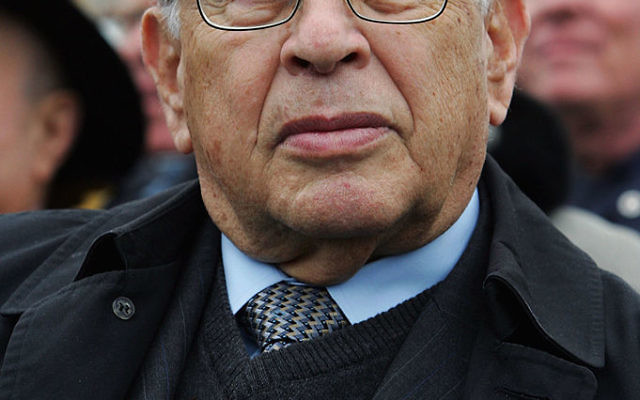 I first met Elie Wiesel when he was a young journalist working in New York in the late 1950s. We developed a close friendship, bound by a deep understanding of our experiences as teenagers during the Holocaust. Having survived, our mission was to make the world remember our martyrs and to break the pervasive silence about the Shoah. We were both driven to ensure the remembrance of the destruction of our people under the Nazis and their collaborators and to educate the world about the ultimate consequences of anti-Semitism, intolerance, inhumanity, and injustice.

During the 1950s and 1960s, the Jewish community and the larger world were disinterested in our experiences. There was a resounding silence that made us, the survivors, feel isolated and disregarded.  As young people in our 20s and 30s, we were all creating new lives, new families, in new countries – but the scars of the Shoah were deeply embedded in our bodies, souls, and hearts.  Elie became our "voice" as the representative of our survivor generation.

Elie's writings recorded our memories and validated our identities as the sheirit hapletah (the surviving remnant), of European Jewry.  He was always there to defend our perspective in order to sustain the integrity of Holocaust memory and combat all forms of revisionism and exploitation of the Shoah.  For us, he was our shining light who became the conscience and guardian of the memory of the Jewish people.

During the 1960s and1970s, Elie, Josef Rosensaft, and I created the first International Remembrance Award of the World Federation of Bergen-Belsen Associations.  Its purpose was to encourage the leading authors and poets of the day to write about the Holocaust and to publish their works at a time when the publishing industry dismissed this subject as not of interest to readers and therefore not commercially viable.  The first generation of writers who bore witness to the Shoah served on our literary jury or received the award, including Primo Levi, George Steiner, Piotr Rawicz, Manes Sperber, Andre Schwarz-Bart, Chaim Grade, Abraham Sutzkever, Uri Zvi Greenberg and Arthur Morse.

We, the survivors, took great pride in all of Elie's achievements and his growing prominence.  We were at his side when he raised the consciousness of the world about the plight of Soviet Jewry, when he spoke out on behalf of Israel, when he alerted the world that Jews were in jeopardy in other parts of the world, and when he called for action against the genocides in Cambodia, Rwanda, and Bosnia.  We were with him when he opposed the obscene equation of the SS officers buried at Bitburg and the Jewish mass graves of Bergen Belsen.   And we were present when he received the Nobel Prize, when this prominent recognition of a survivor of the Shoah brought us all a great sense of fulfillment.

I remember when Elie chaired President Carter's Commission on the Holocaust and we traveled together in 1979 to the Holocaust killing sites throughout Europe to produce a report that resulted in the creation of the U.S. Holocaust Memorial Museum. I will never forget how we walked, arm-in-arm, as we entered Auschwitz-Birkenau. It was traumatic to return to the places where our families were annihilated, but we strengthened each other with the shared memories that united us.

When Elie chaired the U.S. Holocaust Memorial Council, I served on the content and development Committees under his leadership for the planning of the museum. At each step, we were inspired by his commitment to the integrity of survivor testimony as a core component of the museum's permanent exhibition.  Each decision was guided by his dedication to historical accuracy and authenticity and the avoidance of all forms of trivialization.

The World Gathering of Jewish Holocaust Survivors in Jerusalem in 1981 was a pivotal moment in the public acknowledgement of the survivors. Elie authored "The Legacy of the Survivors," which was read in multiple languages in front of the Kotel, and the thousands of us who were there knew that he had captured everything that was in our hearts.

Whenever Elie would meet with survivors, he would always tell us "write your stories." He believed passionately in the power of the written word as a permanent form of remembrance. He told us that that our testimonies would endure to educate and inspire future generations to remember those who perished through the words of those who survived to tell the world.