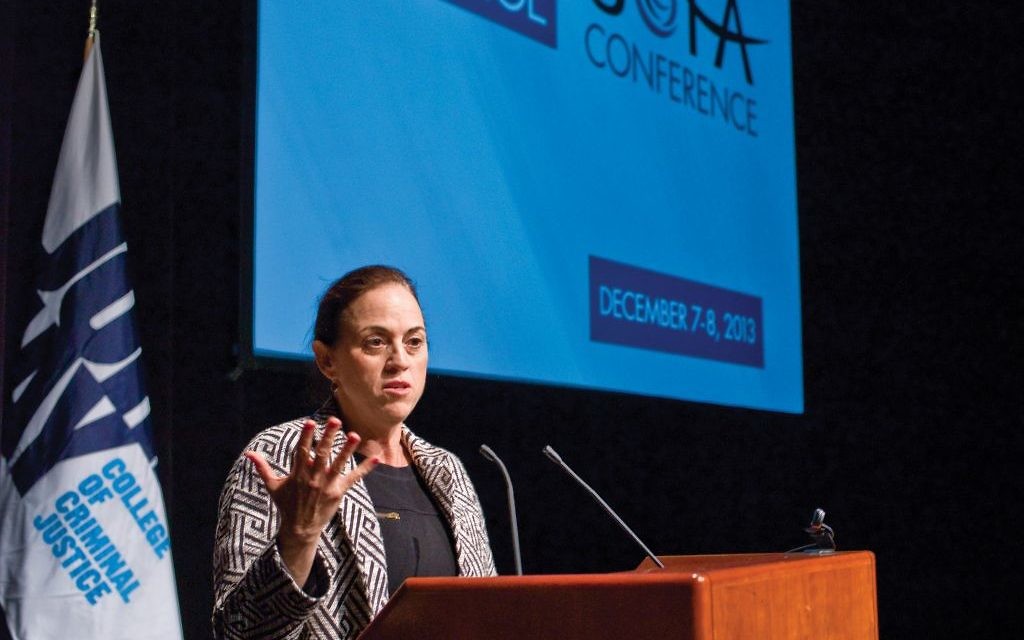 Social change within a conservative system is fueled by persistence and tempered with patience. Ever since its beginnings two decades ago around the dining room table of pioneer Blu Greenberg, the association of feminism and Orthodoxy has sparked fierce support, relentless opposition and multitude of questions.

How can a conservative tradition allow for incremental change, much less an eventual paradigm shift, in the status of its women? Is the separate and unequal role of women indivisible from the profound truths and social order of Orthodox Judaism? How can social and religious change continue to come about without destabilizing a centuries-old way of life?

Variations on these questions weaved their way through the responses of over 100 speakers organized into more than 50 panels throughout a buzz-filled day of the eighth international conference of the Jewish Orthodox Feminist Alliance, or JOFA, Sunday at John Jay College. The gathering drew more than 1,000 people from 125 different cities worldwide while, and for the first time, it was live-streamed to hundreds more from as far away as Cape Town, South Africa, and Jerusalem.

In his introductory remarks at the plenary, which opened the Sunday portion of the conference, following a concert and reception Saturday night, Rabbi Asher Lopatin stressed that change is unpredictable, yielding “surprising byproducts and unexpected fallout.” The new president of the controversial Yeshivat Chovevei Torah, a Modern Orthodox rabbinical school in Riverdale, sounded the rallying cry when he said, “This effort is not, as some would have it, just to help women. This is to transform the whole community.”

Rabbi Lopatin’s opening remarks were followed by a last-minute appearance of Israeli Knesset member Ruth Calderon, a self-styled and secular teacher of Talmud. She earned a standing ovation when she reminded the enthusiastic crowd that it is “dispute itself that is Judaism’s chosen path to truth,” because “you really don’t know where you’ll end up.”

The willingness to discuss everything from philanthropy to fertility, sexual abuse to slut-shaming, lent an air of diversity and openness to the non-stop energy of a packed day. While numbers did not dramatically increase since the last JOFA conference four years ago, organizers were gratified by the uptake in male participants and the increasingly youthful crowd. Other notable changes were the cooling of anger that originally fueled much of this activism and a moving away from “meta-issues” to a greater focus on the practical.

JOFA’s president, Judith Heicklen, told the participants that they would be exploring “more intimate, personal subjects, such as money, mikvah, mommy-ing, the challenges of work-life balance.”

The standing-room-only panel on “Educating in the Divine Image: Gender in Jewish Day Schools” was presented by Dr. Chaya R. Gorsetman and JOFA’s executive director, Dr. Elana Maryles Sztokman, co-authors of a well-received book by the same title. Educational approaches, always of central concern to the community, take pride of place when considering practical solutions. The panelists emphasized hands-on redresses of “a hidden curriculum” that too often fosters gender inequality in Orthodox day schools. In an impressive nod to tolerance, Gorsetman also included in her remarks a call for Orthodox day schools to fully recognize the needs of same-sex parents and single mothers by choice.

The essence of their message was that girls often suffer from gender stereotyping that depicts boys studying and girls either cleaning or giggling in school media, while “clouded” assumptions, even among esteemed educators, still assign girls a lower rung in an intellectual hierarchy that most prizes Talmud and math. Many of these ills can be cured with heightened awareness and doable reforms such as careful curating of newsletters, announcements, photos and classroom décor.

The persistent tension between the practical and the more theoretical showed up when Michal Smart, the director of Judaic Studies at the Orthodox Bi-Cultural Day School of Stamford, Conn., asked how the hidden curriculum of gender inequality could be overcome when the Orthodox still overwhelmingly speak of God as male, the foremothers are not mentioned in the liturgy along with the forefathers, and the Hebrew language itself subsumes the feminine within the masculine plural. Her question was much praised but left unanswered — at least for now.

Another unresolved tension surfaced throughout the day after Leah Sarna’s exhortation for increased “religious dedication” inspired rousing applause at the morning’s plenary. The high-energy Yale undergraduate reminded women that real equality meant taking on full responsibilities, such as regular attendance at morning minyan, praying thee times a day, joining a chevruta, or study group, and committing to daf yomi, the study of a page of Talmud a day.

The counter-current was audible, if somewhat less strident. Maharat Rachel Kohl Finegold, one of the first three women to be ordained as Orthodox clergy from Yeshivat Maharat, confessed that her real fantasy is not having to work on Shabbat as rabbis inevitably do, but rather coming late to synagogue, as many other young moms do, and spending more of the day with her three young children. While prominent educators such as Sztokman dismissed neurologically hard-wired gender differences, in a later panel, “Feminist Influence on Halacha,” the question arose as to whether women really wanted to buy into the full way of life of an observant Jew as outlined by men.

Change results from perseverance and always encounters opposition. Rabbi Dov Linzer, dean of YCT, told his audience in one of the later panels, to remain fully confident moving forth, sustained by the assurance that they are defending authentic Torah values. He counseled a non-apologetic approach to opponents. “It is not so much a matter of what allows us to move forward, but what they find in Torah that allows them not to.”

Susan Reimer-Torn is a writer specializing in Jewish women’s issues and author of the upcoming memoir, “Maybe Not Such a Good Girl: Rupture and Redemption Reconsidered.”