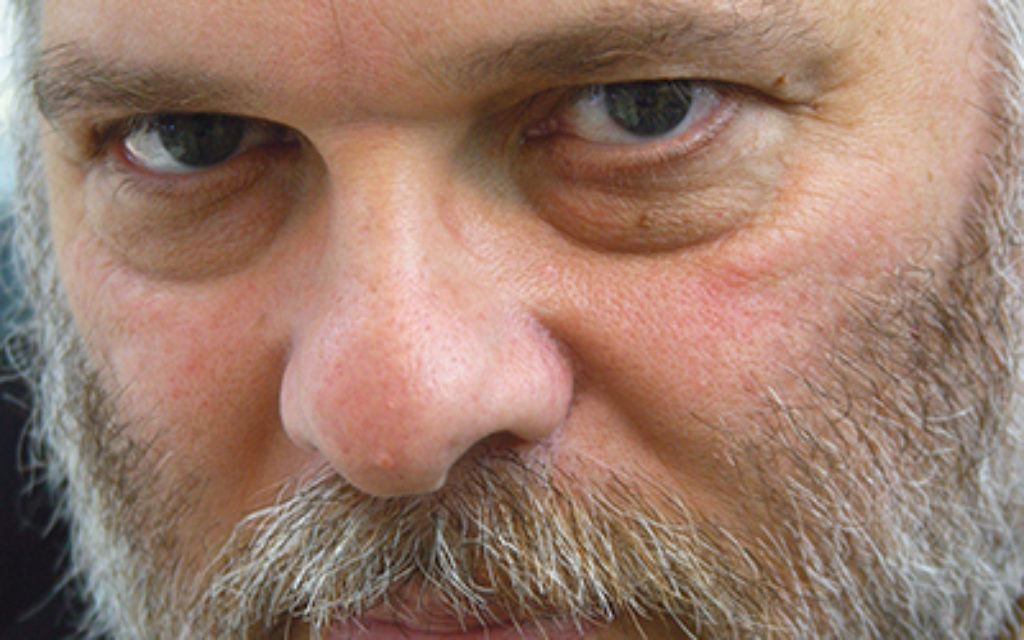 The “Fiddler” is falling. American Jews, whose ancestors introduced the personal, singular God into a world of paganism, and who for more than 100 generations saw even the simplest Jew, Tevye-like, engaging God in conversations both earthly and ethereal, now converse less with God than do the practitioners of any other American religion, reports the Pew Research Center.

Its new study, “Religion in Everyday Life,” released April 12, found that Jews were far less likely (60 percent) to have thanked God in the previous week than have Catholics (83 percent, the next lowest percentage) or someone affiliated with a historically black Protestant church (96 percent, the highest percentage). When limiting the question to “highly religious” Americans (those praying daily and attending services weekly) of more than 10 religions and denominations, 99 percent thanked God in the past week.

In what may be a shock to anyone who’s been at a Shabbos table or holiday meal, when it comes to overeating, highly religious people and not highly religious overeat at exactly the same rate (58 percent).

Among other interesting findings were that highly religious people (in terms of daily prayer) were more likely to engage in tikkun olam (loosely defined as ‘social justice’ in terms of volunteering and helping the poor) than those who weren’t highly religious.

Besheer Mohamed, Pew’s senior researcher and one of three primary researchers for the survey, told The Jewish Week that he thought the 60 percent of Jews thanking God or the 43 percent asking God for help were actually higher figures than expected, considering how few Jews (39 percent in Pew’s 2014 survey) had “absolute certainty” in God’s existence. By denomination, “absolute certainty” in God ranged from Reform 29 percent; Conservative 41 percent; Modern Orthodox 77 percent; and Ultra-Orthodox 96 percent. Mohamed said, “If you mash it all together, ignoring all of that nuance, then what you see is … 60 percent of Jews thanked God.”

Mohamed found it interesting that “Jews are less likely than other religious groups to say they rely on prayer and personal religious reflection for major life decisions; more likely (38 percent) to rely on advice from professional experts, talking to an accountant or a therapist or someone like that” instead of a rabbi or religious leader (12 percent). “Jews are more likely than the public, overall, to rely on [outside] sources [rather than] prayer and personal reflection.”

He admitted that it is difficult to draw conclusions about Jews when a chasid has one way of going about his life, such as consulting a rebbe, and a liberal unaffiliated Jew has a considerably different way. “Oh, absolutely. If someone is really interested in the attitudes of U.S. Jews,” he added, Pew’s 2014 survey on Jewish attitudes and beliefs is the place to look for variations among the numerous Jewish denominations and sub-groups.

Muslims, Greek and Russian Orthodox, Buddhists, Hindus and other American religions were loosely categorized together in the survey. Because of small sample sizes the non-Christian religions were not always noted individually, and even the Jewish sample was small, said Mohamed, leading to a margin of error of 12 percent for Jewish answers, much higher than usual for a Pew report, and a higher differential than for other religions in the study.

Mohamed explained that Pew couldn’t have simply gone through the Brooklyn or Detroit phone books to find more Jews or Muslims, because the survey was intended as a snapshot of American religion rather than a detailed examination of one religion or another. “We wanted to make sure the survey was nationally representative,” he said, “and with a national survey, each person in the United States had an equal probability of selection. Nationally, Jews make up less than 2 percent of the population,” and other religions even less. “Jews, and others, would show up at a fairly small percentage [in the survey] because they’re a fairly small percentage of the public.”

Because of the small samples, many of the questions were Christian-specific, though Mohamed said he would like to rephrase many of those questions in a future survey to better include non-Christian Americans.

Looking at how highly religious people experience life, Pew found that highly religious people “are more engaged with their extended families,” engaging at least once or twice a month, with Jews doing so as much as anyone, but Jews are far less likely (19 percent) than those of other religions to “seldom or never” get together with family. The next closest group is Catholics (20 percent), with other religions (including the non-Christian faiths) ranging between 24-28 percent. Those who are least connected to religion are also the least connected to their families, Pew found, with the unaffiliated (37 percent); the “nones” or nothing in particular (37 percent); and atheists or agnostics (36 percent), each more likely to “seldom or never” attend family gatherings than members of any religious group. Of course, religious families get together for many religious holidays, whereas non-religious families have fewer Thanksgiving-like reasons for family get-togethers.

Aside from involvement with family, Pew found that highly religious people are more involved with their communities; very satisfied with their family lives, and generally happier with the way things are going in their lives, and Jews are no more or less happy than anyone else. In fact, reports Pew, Jews are almost exactly at the metric center of American happiness: The collective American totals are 32 percent saying they’re “very happy” (Jews 33 percent); 52 percent “pretty happy” (Jews 52 percent); and 14 percent say “not too happy” (Jews 13 percent).

However, there are limits to how broadly anyone will go for “social justice” or what is economically correct. Pew found that highly religious people and less religious people are no more or less likely than anyone else to say they consider a company’s environmental record and fair wage practices when making a purchase.

Many Orthodox Jews have been wrestling with the limits, definitions and discipline regarding tznius (modest attire, particularly for women), and while Pew doesn’t ask Jews about this complicated issue, Jews may be interested in knowing that Christians are going through similar self-reflection. Pew found that one-quarter of Christians say modesty is essential to what being Christian means, and 4-in-10 say it is “important but not essential.”

However, when it came to losing one’s temper, the highly religious were only slightly less likely to do so than anyone else, and religion, or lack of it, made no difference in how much someone exercised or recycled.

Highly religious people turn to spiritual exercise, and aside from daily prayer are more likely to alleviate stress through meditation (42 percent), compared to 26 percent of the less religious.